The Chairman, Local Government Service Commission, Elder Peter Adebayo Babalola, on Sunday said Governor Rauf Aregbesola of Osun has done excellently well for the people of the state. He asserted that no government since the creation of the state has done an average of what Governor Aregbesola did in the last seven years. Dr Babalola…”
Editor
featured hero News Osun 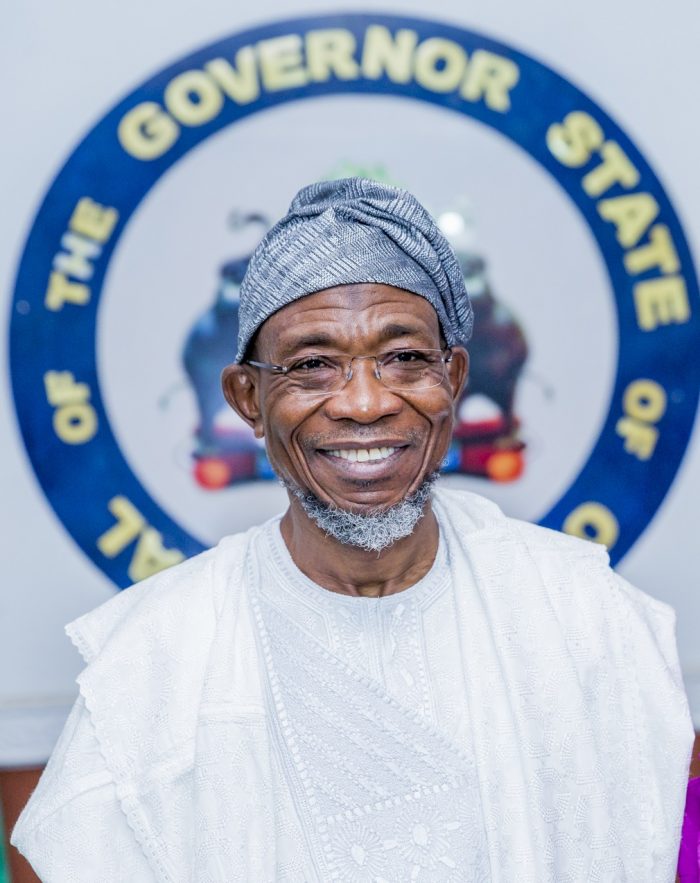 He asserted that no government since the creation of the state has done an average of what Governor Aregbesola did in the last seven years.

Dr Babalola made the statement in Ikire while playing a host on the members of the State Correspondent Chapel who honoured him with a visit as part of activities marking their 2017 Press Week.

He said the Aregbesola led administration has brought unprecedented development to the state particularly on infrastructure development extended to nooks and crannies of the state.

According to him, since the creation of Osun, no government has been very passionate about the people’s welfare as being experienced in the Aregbesola’s government.

“We have never had a huge development like what the present government led by Governor Rauf Aregbesola brought to Osun prior to his administion.

“What Osun is witnessing today in terms of transformation and development is an attestation to the fact that Governor Aregbesola really meant well for the people of the state.

“Sychopancy apart, the present government has really worked and I can justify this anywhere in the world because I have been part of the government even before the creation of the state.

“The All Progressives Congress led administration in the state has not only stimulated our economy but set astandard for good governance.

“As we all know, Osogbo which is the state capital was like a Local Government Headquarters. Osogbo was a glorified LG headquarters prior to Aregbesola’s government, but today, the town has really worn a liftface of all round development.

Speaking on salaries and pensions issues in the state, Dr Babalola hailed Governor Rauf Aregbesola for being sensitive and committed to workers’ welfare.

Babalola said Osun remains the only state in the southwest region where workers’ welfare was prioritized above other government’s engagements.

In his words, “I don’t know why some people failed to live by reality. It is on records that Osun under the leadership of Governor Aregbesola has been very sensitive to workers’ welfare.

“We all know what is happening all over the nation particularly on the inability of many states to pay workers’ salaries. As at today, average federating state owed workers salaries.

“But in spite the economic challenges in the country of which Osun is not exception, the present administration has never failed in its constitutional responsibilies to meeting the aspirations and yearnings of the people particularly the workers as their welfare has always been at front burner.

“Today, both active and inactive workers in the state receive their payments everymonth without hiccup in accordance with the agreed terms.

“If we can have a personality like the former President of the Nigeria Labour Congress in person of Comrade Hassan Sunmonu chairing a salary payment committee, thus one should be rest assured that the workers’ welfare is guaranteed

“So, it errorneous, misconception and false impression for anyone to say Osun is not paying workers both active and inactive their salaries and pensions”, he added.

Charging media practitioners on the need to champion the core ethics of their profession, Dr Babalola implored journalists to always proritize truth, balance, accurate and impartiality in their reportorial.

He therefore advocated for media support for the present administrationin the state particularly on the achievements recorded in the last seven years.
‎‎
Delivering sermon during the thanksgiving service at the Apostolic Church Nigeria District Headquarters, Ikire, the Area Superintendent, the Apostolic Church Nigeria, Apostle Johnson Akanni, charged people to imbibe the spirit of love and reflect the gesture in all they do.

Apostle Akanni described love as the pillar of existence, sayin if not for love earth wouldn’t have come into existence let alone man’s existence.

The cleric said God created man and gave him the domineering power over other creatures because of the ultimate love He has for man.

According to him, “‎If not for lo‎ve, God will not make man to have dominion over other creatures. If not for love, animals are even enough to destroy man but because of the authority on to which God given on to man, thus He made animals, demons, Jins among others to be subservient and servitude to man.

“If not because of love, Jesus wouldn’t have surrendered Himself for the sake of man’s safety. Jesus became sacrificial lamb because of His love for mankind.

“So, love is the pillar that holds existence as world was created because of the love that God has for mankind. So, it behooves on every soul to love one another.

“The commandment of God is for us to love others as He loves us. He said the reasons for the celebration of the birth of Christ is to show on to beings the purpose of His birth, the circumstances attached to his life and the supreme love he had for mankind.

“The celebration of the birth of Jesus Christ (Chrsmas), is to rejoice in Him the love Jesus had for mankind that made Him to lay His life for the salvation of humanity”, he stressed.
‎
Corroborating the message, Apostle David Sunday Oloke admonished humanity on the need to champion the will of God and always see Lord as their saviour in all they do.

Apostle Oloke whose‎ message was underpinned on seven virtues namely; true belief in God‎, true spirit of asking all from God, true giving on to God, obedience to God, fear of God, humbleness to God and mankind as well as living the life of holiness‎, said it is high time for everysoul to return to God so as to recieve His goodness.

He called on the people to rekindle their beliefs and faiths in God as it is only the righteousness and true believers will gain the eternal rest in paradize.

He added, “For any soul to receive the goodness of God and as well secure eternal rest hereafter, thus he or she must champion the virtues aforementioned.

“We must live a life of true believers, we must have a strong belief that nothing can be received except from God, we must fear God, we must be humble on to Him and live life of holiness so as to be a complete ‎believer and recieve goodness from Him.

“‎Our Lord is a graceful God, giving on to God so as to receive from God. Every soul is expected to make sacrifice(s) on to Him to receive worthy goodness from Him too. Our Lord is a Lord of goodness. We must obey God and do things according to His dictates.

“This could be seen and authenticate in Luke Chapter 5 Verses 1-9, telling us that Solomon received goodness from God simply because of his obedience on to Him. So, it is indeed that through obedience, we can receive the goodness of God.

APC, PDP Constitute No Threat To Us – DPP Aspirant