Croatia captain Luka Modric has welcomed the return of home fans for Thursday’s difficult Nations League meeting with Spain in Zagreb. The World Cup finalists have been forced to play their last two competitive home matches behind closed doors as part of their punishment imposed by UEFA after a swastika was marked on their pitch…”
Yusuf
Sports 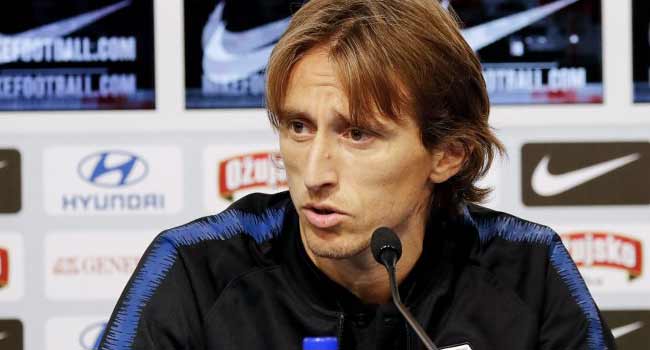 The World Cup finalists have been forced to play their last two competitive home matches behind closed doors as part of their punishment imposed by UEFA after a swastika was marked on their pitch before a Euro 2016 home qualifier against Italy.

That was just the latest in a litany of offences for racism that has seen Croatia consistently punished.

“We are facing a very difficult match,” Modric told reporters on the eve of the game at the Maksimir stadium.

“We need to be patient, wise and not to rush,” added the 33-year-old Real Madrid midfielder.

“Playing in front of full stands is an additional motivation. The fans will certainly be of major importance for us, we will give our best and try to win.”

Croatia certainly need a win if they are to press their hopes in the nascent Nations League.

Just two months after reaching the World Cup final, where they were beaten 4-2 by France, the “Vatreni” — Croatian for “Fiery Ones” – were hammered 6-0 by a resurgent Spain in Elche in their opening fixture.

They improved to draw 0-0 with England in a rematch of the World Cup semi-final, but the game was played in eerie silence at an empty stadium in Rijeka.

“We were empty, both emotionally and physically. Now we are in better shape. I believe you will see that on the pitch.”

Coach Zlatko Dalic, who stressed that his main goal was to qualify for the Euro 2020, echoed Modric’s view.

“We have to be very careful, this is a very difficult game for us,” said Dalic.

“Spain is a team with very good qualities, (coach) Luis Enrique changed the style a bit. They have a lot of young and fast players.

“Three points are important for the draw for the European championship qualifiers.”

On Sunday, Croatia travel to Wembley to face England in their final Nations League group match.

“I would love that the match at Wembley decides who will be top of the group,” said Dalic.

For that to happen, nothing less than a victory against the Spanish will do for the Croats.

Wenger: A Lot Of Clubs Want Me