What You Might Not Have Known About Some Black Panther Actors

By MOROTI OLATUJOYE  Raging Movie, Black Panther recently reached 1 billion in box office and the movie is still being showed in cinemas all over the world. For a movie that has achieved such success it is normal that the actors behind each character become a source of fascination to fans.  Almost every actor in…”
Editor
Entertainment 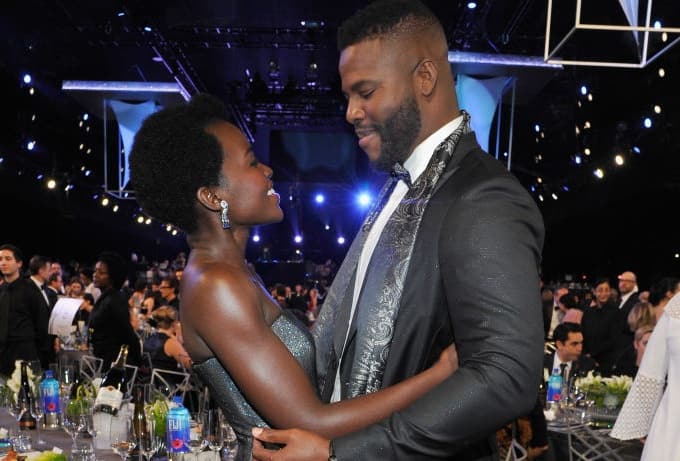 Raging Movie, Black Panther recently reached 1 billion in box office and the movie is still being showed in cinemas all over the world. For a movie that has achieved such success it is normal that the actors behind each character become a source of fascination to fans.  Almost every actor in the cast of the first black hero movie have special stories but here are the ones you might want to know about;

When stars from the hit movie were interviewed by various reporters it was discovered that Famous actor Denzel Washington had paid for the main character (Black Panther) Chadwick Boseman’s tuition fee while he was in school. The actor however admitted that he never met Denzel but was only told that the person who had paid for the tuition fee was Denzel. Everyone loves Letitia Wright who played the Wakanda Princess Shuri. Shuri was a beauty with brains princess but that’s not why her story is unique. Speaking in an interview after the movie release Letitia said she had quit acting to establish her faith in Christ. She revealed that she needed to concentrate on her faith which might not have been possible had she remained in the industry. The movie Black Panther is Letitia’s big come back and she says God made it possible. The Oldest Black Panther Actor Started Her Career At Age 88

Like all these actors don’t have weird personal stories enough, the one which surprised many is that of the oldest actor in the movie Dorothy Steel. Steel who recently clocked 92 played the elder of one of the clans in Wakanda. She admitted that she had not always been an actress and had infact started her career at an age where most would have given up on their dream of becoming an actor. She started acting at the age of 88. Winston Duke and Lupita Nyong’o Were Friends From Drama School

Winston Duke who played the role of M’baku in the movie while speaking to reporters on how he overcame any tension during the shoot had said he had always turn to his longtime friend Lupita Nyong’o. Black Panther is Duke’s first major movie and according to him he was grateful he had a good friend to put his through and help him handle whatever anxiety he might have experienced. Lupita and Duke had attended drama school together and have been great friends since then. The inspiring and real life stories of these actors presents much more to the audience. It tells the world that whether you are black or white, your stories will eventually be heard.  So like every other person in the society who’s got some fascinating stories to tell about their success, it boils down to something, No Matter What Happens To You, Be Who You Are, Chase Your Dreams as espoused in Beyonce’s Rise Up.