Monaco’s teen sensation Kylian Mbappe is expected to complete a stunning move to Paris Saint-Germain when he flies into the French capital on Monday, according to widespread French media reports. Radio stations France Info and RMC revealed on Sunday that PSG had agreed to pay 180 million euros ($215 million) including bonuses for the 18-year-old…”
Yusuf
Sports 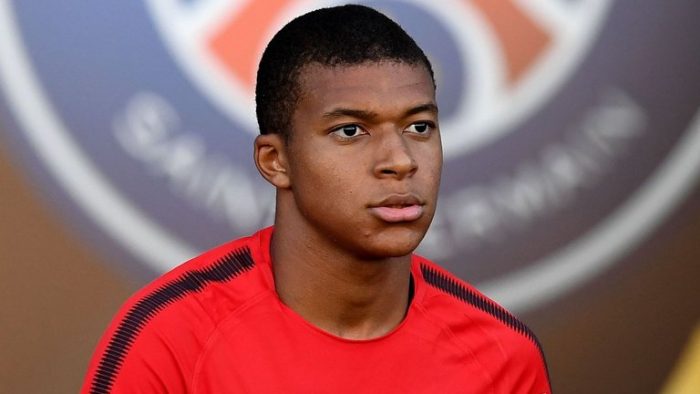 Monaco’s teen sensation Kylian Mbappe is expected to complete a stunning move to Paris Saint-Germain when he flies into the French capital on Monday, according to widespread French media reports.

Radio stations France Info and RMC revealed on Sunday that PSG had agreed to pay 180 million euros ($215 million) including bonuses for the 18-year-old French international striker.

That would make him the second most expensive transfer in football history behind Neymar, who joined PSG from Barcelona for 222 million euros earlier this month.

“Monaco and PSG on Sunday reached an agreement for a loan move for Kylian Mbappe to the Parisian club with an option to buy for 180 million euros,” said L’Equipe, adding that Mbappe would undergo a medical by Monday morning.

Mbappe is due to leave the principality on Monday morning along with Monaco winger Thomas Lemar and fly to Paris on his way to teaming up with the French national squad.

France will play a World Cup qualifier against the Netherlands at the Stade de France on Thursday and a game against Luxembourg in Toulouse next weekend.

France coach Didier Deschamps insisted last week when he named his squad that no player would be allowed to leave the national team camp at Clairefontaine, around 50 kilometres south of Paris, to complete a transfer.

With the transfer window closing on Thursday, that means Mbappe is set to complete the move on Monday, allowing him to team up with Neymar and Edinson Cavani in a mouthwatering PSG attack after the international break.

After being left out of the Monaco squad last week, Mbappe was an unused substitute for Sunday night’s game against Marseille as the reigning French champions won 6-1.

That saw them join PSG at the top of the Ligue 1 table with four wins from four games at the start of the season.

– ‘Kylian is a star’ –
Asked after the game about Mbappe’s expected departure, Monaco coach Leonardo Jardim said: “I am not confirming anything. It is not my role to discuss that. My role is on the field.

“He is a Monaco player. That is why he was on the bench. But after it went 4-0 I didn’t need him. The club’s project is to bring through the best players.”

Monaco captain Radamel Falcao added: “It’s complicated for him. i hope that everything works out quickly for him, and that no other player will be leaving Monaco.”

Mbappe was outstanding in the second half of last season but he has not played in any of Monaco’s last three games as they extended their record winning run to 16 league games.

“Kylian is a star and a top-level player. But for six months last year we often played without him and won,” added Jardim.

Mbappe refused to speak to French television at the end of Sunday’s game.

Also targeted by Real Madrid this summer, a move for Mbappe to PSG will leave many wondering how the Qatar-owned club can avoid sanctions from European football’s governing body considering the investment already made on Neymar.

FFP rules currently stipulate that clubs cannot post losses of more than 30 million euros over the three-year period to 2018.

Among the sanctions risked by PSG if they are found to have broken those rules is a ban from the Champions League.

Mbappe burst onto the scene in the second half of last season and scored 15 goals in 29 appearances in Monaco’s run to the French title. He netted 26 times in 44 matches in all competitions.

Brought up in the northern suburbs of Paris, Mbappe was compared to a young Thierry Henry as he first broke into the Monaco side in December 2015, just before his 17th birthday. He has won four caps for France.

I Am Not Desperate For CAF Presidency – Pinnick