Masudi Djuma Is A Man On A Mission, Q And A

Head coach of Rayon Sports of Rwanda, Masudi Djuma is a man on a mission. The Burundian is looking to guide ‘Gikundiro’ to a place in the group stage of the 2017 Caf Confederation Cup. To do that successfully, he must mastermind a win, over two legs, against Nigeria’s vice champions, Rivers United. Djuma sat…”
Yusuf
Sports 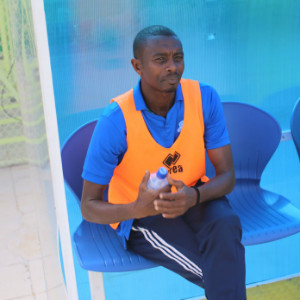 Head coach of Rayon Sports of Rwanda, Masudi Djuma is a man on a mission.

The Burundian is looking to guide ‘Gikundiro’ to a place in the group stage of the 2017 Caf Confederation Cup.

To do that successfully, he must mastermind a win, over two legs, against Nigeria’s vice champions, Rivers United.

Djuma sat down with supersport.com to discuss his plans to topple the ‘Pride of Rivers’ and also, the state of his squad ahead of the big games in Port Harcourt and Kigali.

How important is this game versus Rivers United?

Masudi Djuma (MD): It is a very big game for us. We are in Nigeria to try to get a draw at least.

We know a draw is going to help us (in our quest to reach the group stages) by the time we play the second leg in Rwanda.

Actually, we want to win but even a draw will help us in the second leg.

Tell us how you have been preparing for the two playoff matches against Rivers United?

MD: We have been trying to prepare ourselves very well.

There have been no problems. These are the games that can give us a qualification and we want (to score) goals.

What do you know about Rivers United and Nigerian football?

MD: From our findings we can say that United is a new and not relatively big club.

However, we have to display a high level of concentration over the two legs in every aspect of both games.

All actions we take on the pitch must be deliberate and aimed at achieving success.

As regards, Nigerian football, I know the country is a giant in that regard; they have big names and big stars and it is a country many people know about in Africa.

Nigeria is a big country as far as football is concerned so we respect that country.

That can motivate us to play our game.

Are there any injury worries/suspensions in your team ahead of this game?

MD: I have some players who are injured but it is no big deal.

One of our most important players, (defender) Ange Mutsinzi Jimmy [below] will not play in the first leg because of injury but he will be available for the return leg in Kigali.

Another of our defenders, Rwatubyaye Aboudul is also an injury doubt but we knew that he would not play this game.

He is going to play, Insha Allah (by the grace of God) when we get the qualification for the group stage.

What will represent a good result for Rayon on Sunday?

MD: We have to try to avoid defeat. What will help us on Sunday is concentration. We also need lots of determination.

We are going to play this game like our life depends on it.

We will try to score as it is important to get an away goal in these sorts of matches.

Rayon is performing brilliantly domestically while Rivers is struggling in the Nigerian league….Is that a pointer as to where the pendulum will swing after two legs?

MD: Rivers United, I agree, are not doing well domestically but no two games are the same.

The Confederation Cup is a completely different competition from the Nigerian league.

Rivers can lift their game on Sunday and surprise everyone.

We cannot think too much against Rivers United’s poor form in their league (the Nigeria Professional Football League) because it will be a fatal mistake.

An example is Leicester City in England; they are not doing well in the Premier League but have reached the quarter final of the Uefa Champions League.

They (Leicester City) beat Sevilla from Spain and Sevilla is a very good team that played very well (in both legs of the round of 16 tie).

Positions in the domestic league is not important; what is important is concentration, determination and setting clear the objective you want to achieve on the day.

The second leg is in Kigali….is that an advantage for Rayon?

MD: Ofcourse it is; I will be lying if I said it isn’t.

We will try to get a good result in the first leg and prepare for the second leg based on that.

We will correct any mistakes from the first leg and try to finish off the job at home in the second leg.

Thank you very much Masudi for your time.