Fifteen Liberians, including the son of former president Ellen Johnson Sirleaf, are banned from leaving the country while the government investigates the whereabouts of $104 million in missing cash intended for the central bank, the government said. A series of shipments of notes ordered by Liberia’s central bank from printers overseas have disappeared since last…”
Editor
News World News 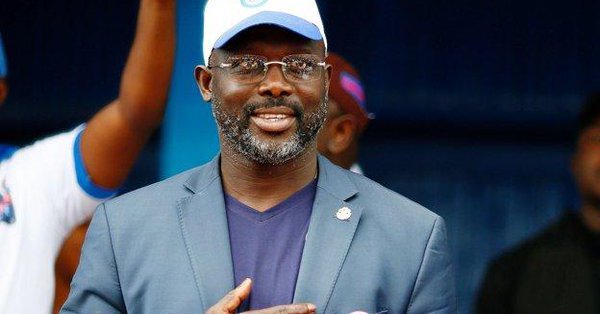 Fifteen Liberians, including the son of former president Ellen Johnson Sirleaf, are banned from leaving the country while the government investigates the whereabouts of $104 million in missing cash intended for the central bank, the government said.

A series of shipments of notes ordered by Liberia’s central bank from printers overseas have disappeared since last year after passing through the country’s main ports, Liberia’s information minister Eugene Nagbe told local radio on Tuesday.

The missing amount is the equivalent of nearly 5 percent of the West African country’s gross domestic product (GDP).

Charles Sirleaf, the son of Nobel Peace Prize winner Ellen Johnson Sirleaf, and former central bank governor, Milton Weeks, are among those barred from travel as part of the investigation, said a Ministry of Information statement released late on Tuesday.

“The government… takes the ongoing investigation seriously because it has national security implications,” it said.

Weeks told Reuters he had “no involvement in this matter” and was cooperating with investigators. Sirleaf was not immediately reachable for comment. Central Bank officials also did not respond to requests for comment.

Investigators are still trying to ascertain how much money was ordered, where it was printed, how much of it eventually arrived in the country, and where it is now. The money was ordered when Sirleaf was still in power, before President George Weah took over this year.

Justice Minister Frank Musah Dean said Sirleaf’s administration had not informed Liberia’s current government of the initial order and that an investigation had begun once Weah became aware of it in August.

Information minister Nagabe told Voice of America on Tuesday there were no records of the containers being collected from the ports, despite several bank staff employees having written a request for pick-up on March 31. The containers were recorded as having arrived in November 2017 and August 2018.

Liberia does not have its own mint, and the central bank is the only body with the power to order new currency. Liberia’s government last approved the printing of new notes in August 2016, as the country recovered from a devastating Ebola epidemic.

The missing cash comes as an unexpected blow to Liberia, one of the world’s poorest countries that suffered two civil wars between 1989 and 2003. Ebola struck in 2013, killing thousands over the following three years.

Sirleaf was lauded for cementing peace during her 12-year presidency but was criticised for failing to rein in high-level corruption.

Charles Sirleaf, one of three of her sons appointed to government posts, was suspended from his position as Deputy Central Bank Governor in 2012 during an anti-corruption investigation. But he was re-appointed interim central bank chief in February 2016, drawing accusations of nepotism.