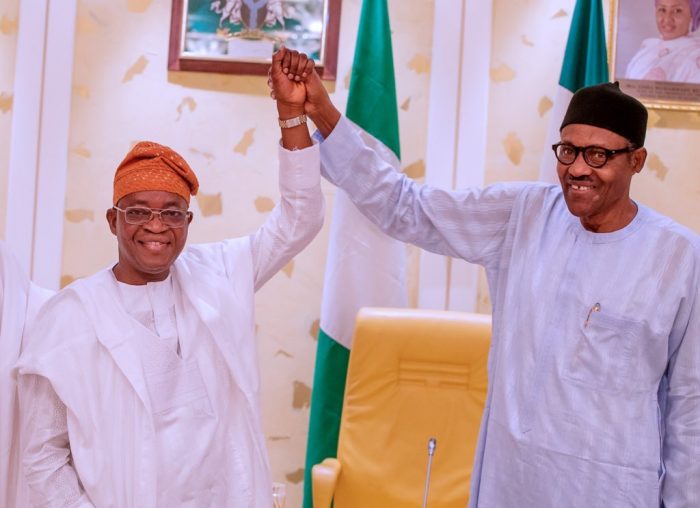 As residents of Osun celebrate the 27th year of the state’s creation, a lawmaker in the state House of Assembly, Hon. Olatunbosun Oyintiloye has hailed the government of Ogbeni Rauf Aregbesola for its outstanding performance.

Oyintiloye (Obokun APC) made this known in Osogbo, where he described the outgoing government of Ogbeni Aregbesola as the best in the history of the state.

The lawmaker who is the Chairman, House Committee on Information and Strategy pointed out that the governor has been able to invent the modern Osun through people centred policies and solid developments.

He said, “It is a thing of joy to celebrate and thank God for bringing us this far as people for the past 27 years, it is indeed an uncommon favour for our noble state to have achieved this far in terms of all round human and infrastructural development.”

“Of course, our past leaders have done their best in stabilising this state and making it one of the best in the country. However, I give kudos to the creativity of the Ogbeni Aregbesola-led All Progressives Congress’ government for inventing the modern Osun we are proud of.

“History and indeed the good people of the state will forever be thankful to him for his selfless services in terms of infrastructure, empowerment and upliftment of our dear state.”

Oyintiloye, who mentioned some of Aregbesola government’s projects like the school feeding programme, the OYES,  O’Ambulance to arrest cases of health emergencies, and construction of school structures for students among others, he then urged all eligible voters across the state to vote for APC in the forthcoming gubernatorial election.

He stressed, “As we move closer to September 22 gubernatorial election, I urge us all to return a progressives government for the continuation of the good work. We must defy any attempt to take us back. We must remain focused to the goals of the founding fathers of our dear state.”

“Like you know that the APC is filled with resourceful personalities, we have again presented to you, Alhaji Gboyega Oyetola who is a factor in the success of this outgoing administration to come on board and consolidate on what we have achieved through Aregbesola.

“Oyetola’s rich political profile, academic qualifications and professional exposure rates him higher above the candidates of other parties. Like you did to Ogbeni Aregbesola, I urge you all to vote Alhaji Gboyega Oyetola”.