Lagos And The Prospect Of Water Transportation By Tayo Ogunbiyi

Addressing the transportation and traffic challenges of a complex Mega city like Lagos has been a foremost concern of successive administrations in the state. Evidently, the need to develop other means of transportation cannot be over-emphasized, given the complex nature of the sector in the state. Particularly, in view of its unique topography, Lagos has…”
Editor
Op-Ed 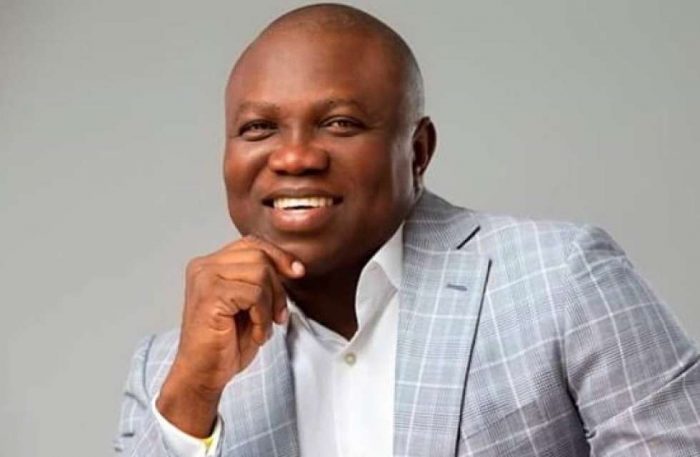 Addressing the transportation and traffic challenges of a complex Mega city like Lagos has been a foremost concern of successive administrations in the state. Evidently, the need to develop other means of transportation cannot be over-emphasized, given the complex nature of the sector in the state.

It is in furtherance of this that the state government recently organized a roundtable on water transportation. At the event, which was well attended by diverse stakeholders, the state Governor, Mr. Akinwunmi Ambode reiterated the commitment of his administration to fully harnessing the potential of water transportation to the benefit of the people and economic prosperity of the state. The governor decried the situation in which Lagos residents largely depend on road transportation over the years. This, according to him, is responsible for the pressure on Lagos roads.

Bearing in mind the size of investment required to advance the course of water transportation in the state, it is only logical that government evolve effective framework in partnership with the private sector and relevant stakeholders in the project. It is, thus, quite encouraging to note that key private sector investors are actively involved in ongoing plans to boost the sector.

It is, indeed, reassuring that government at the roundtable also sealed a major partnership with a consortium of multi-national companies, Food and Beverage Recycling Alliance, to rid the waterways and water bodies in the state of filth with specific focus on plastic waste. The agreement will also bring about the setting up of a world class collection and recycling framework for plastic waste in Lagos State.

The consortium, which includes Nigeria Bottling Company, Coca-Cola, 7-Up Bottling Company, Nestle and Nigerian Breweries among others, will be investing in boats with capacity to collect waste from the waterways. In so doing, this will protect the ecosystem and boost water transportation. If the state’s water transportation potential is to be maximally exploited, there is need for more of such private sector’s collaborations.

On its part, the state government has continued to demonstrate its resolve to change the face of water transportation in the state. Recently, the state government inaugurated some boats and four Jet Skis at Caverton Jetty in Civic Centre, Victoria Island. They were acquired to ensure safety on the waterways. Similarly, government lately ordered the procurement of seven additional ferries, while also doing a lot to encourage private sector operators to take over terminals and also to procure more of their own boats and ferries.

Understandably, a lot of prominence is particularly being accorded safety of the water ways. This is why lots channelization and dredging are being done in order to make the waterways safe and secure for all stakeholders. There are also plans to connect water terminals and the roads, especially in places such as Badore, Ajah, Mile 2, Badagry, Ikorodu and other places where there are terminals. Consequently, there is now visible evidence of government’s renewed investment in this sector. As more private sector interest becomes really noticeable in the sector, this would in no small measure help to complement government’s huge investment in the sector.

Presently, about thirty commercial routes have been identified on the state’s waterways for dredging and channelization, while ten jetties spread across the state were being constructed, among other ongoing plans for the sector. When all the designated corridors for the ferry service become fully operational, Lagos will not only reduce excess reliance on roads as a major means of transportation, but also reduces air pollution. Today, traffic is responsible for 90% of the ambient carbon-monoxide level posing a major threat to human health. The take off of these new corridors will also lead to additional new jobs with economic multiplier effects on the society.

In order to further strengthen various water economy related reforms and initiatives in the state, the Ministry of Justice is currently working on legal plans to enforce relevant laws guiding the waterways to ensure compliance with safety standards and checkmate any illegal activity by operators.

Perhaps more importantly, recent procurement of relevant sophisticated machines by the government is an indication that the process of ridding the State’s waterways of debris and hyacinth as part of the holistic plan to further boost water activities relating to the waterways, has earnestly begun. It would be recalled that for a long time, hyacinth which is otherwise known as aquatic weed, had been a major source of concern with attendant challenges to the waterways in the state. A seasonal threat, water hyacinth had brought about damages to propulsion system of boats thus affecting water related activities.

The machines were, therefore, acquired to straight on tackle the challenges posed by water hyacinth and other such water threats, by taking away debris and hyacinth from the state’s waterways. The new machines act like an underwater lawn mower and cut the vegetation, as well as collects and store weeds and debris, while it is fitted with a pick up conveyor at the forward end which can be lowered up to six feet deep into the water for effective cleaning of the waterways. This initiative heralds the clean-up of the state’s waterways, thus preparing the ground for other innovative activities of the state’s development plan to transform the Lagos Waterways to world class standards.

Considering the various laudable initiatives of the state government towards improving waterways’ infrastructure in the state, it is important that all stakeholders come up with more innovative ideas that would further complement government’s efforts in this direction. This is, hence, the right time for existing and potential investors to enhance investment in the sector. Without a doubt, development of the state’s waterways represents a key solution to traffic gridlock across the state.

But then, it must be stressed that the state’s waterways, stretching from Badagry to Epe, (with a Peninsular in between, a lagoon at the back and the Atlantic in front), Ikorodu to Marina and Badagry to Marina are nature’s gift that must be properly preserved. Nothing must be done to jeopardize their safety and purity. Injurious activities such as illegal sand mining and dredging, pollution of the water body through diverse unwholesome practices, among others, should be discouraged in its entirety.

Ogunbiyi is of the Lagos State Ministry of Information & Strategy, Alausa, Ikeja, Lagos