The creators of the fan-favorite Disney and Final Fantasy mash-up video game are not done teasing, 12 years since Kingdom Hearts II, and four years since Square Enix announced Kingdom Hearts III. In a brand-new Japanese-language trailer — the first trailer since E3 2015, since the game was an utter no-show last year — developer…”
Editor
Technology 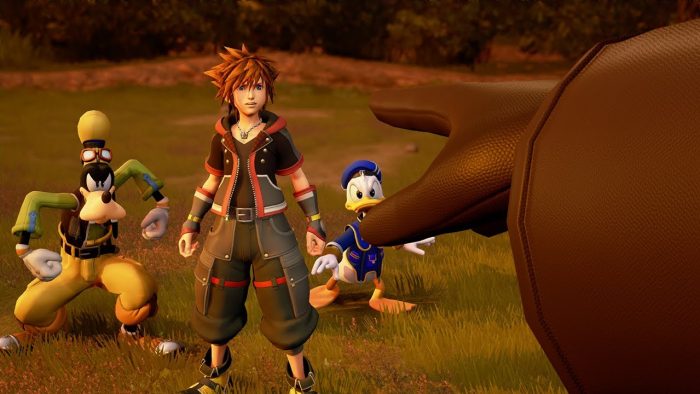 In a brand-new Japanese-language trailer — the first trailer since E3 2015, since the game was an utter no-show last year — developer Square Enix offers yet another tease. It suggests the next time we hear about the game, it’ll be in the form of yet another trailer at the official Disney Fan Club’s D23 Expo on July 17.

Yep, it’s a trailer for a trailer, with little of substance revealed — and yet it’s most likely enough to tug at the heartstrings of fans who’ve been waiting over a decade to see what happens to Sora, Donald Duck, Goofy, Kairi, Riku and all their Final Fantasy pals.

And in case you’re holding out hope that Square Enix gives us substantive info about the upcoming Final Fantasy VII Remake instead, I should warn you right now that those are pretty unlikely here at E3 2017. Director Tetsuya Nomura already telegraphed that neither FFVII Remake nor Kingdom Hearts III is anywhere near completion, and FFVII in particular has undergone some restructuring with regards to its development team.

Shareholders Back Proposal To Remove Mark Zuckerberg As Chairman