Kakanfo My Foot! By Tunde Odesola

The Alaafin of Oyo, Oba Lamidi Adeyemi, to me, is the greatest Yoruba Oba alive today. Greatest in terms of his intellectual capacity and his understanding of the responsibilities culture has placed on his divine shoulders.   Although the vault of the late Ooni of Ife, Oba Sijuwade Okunade, bespoke on riches untold, Alaafin’s…”
Editor
Op-Ed 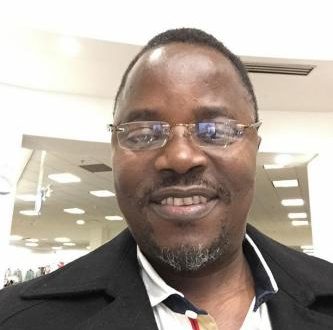 The Alaafin of Oyo, Oba Lamidi Adeyemi, to me, is the greatest Yoruba Oba alive today. Greatest in terms of his intellectual capacity and his understanding of the responsibilities culture has placed on his divine shoulders.

Although the vault of the late Ooni of Ife, Oba Sijuwade Okunade, bespoke on riches untold, Alaafin’s unspeakable wealth lies in his unequalled understanding of the Yoruba’s resplendent history, mores and culture.

He exemplified his matchless repertoire of Yoruba history during the inauguration of the incumbent Timi of Ede, Oba Munirudeen Adesola Lawal, as the Laminisa I, in 2008. During the ceremony, which held in Ede, Ooni Okunade missed the point when he told the audience that the new Timi wasn’t the first from the Laminisa ruling house to be installed as Timi. This position wasn’t, of course, in tandem with the reality presented by the Laminisa ruling house on the occasion.

When it was the turn of the Alaafin to speak, he took the audience, which I was part of, down historical path, painting a vivid picture of how Ede was founded even as he traced, off the cuff, the names and dates of installation of all the Timis of Ede. A resounding applause greeted his great insight.

I have followed, at a distance, the life of the Alaafia. I know that the Iku Baba Yeye has not forgotten all he learnt about boxing, a sport he picked up as youth – watching the online video of his pugilistic skills that went viral a few years ago. The paramount ruler is also a world-acclaimed dancer and drummer.

Death pursued the Oodua Peoples Congress to my doorstep in Akure where I was a correspondent of PUNCH newspapers around 2000. It was Ogundamisi, Adam’s able lieutenant that lay ‘lifeless’ on the ground floor of the two-storey building that housed PUNCH newspapers’ outstation office at Adegbola Junction along the popular Oyemekun Road in Akure.

I had looked at the almost lifeless and bloodied man on the floor and taken him for a vagrant, sidestepping him unto the stairway en route to the topmost floor, where my office was. I think I saw one or two other OPC members on the ground floor, battered and tattered.

After I had worked for a while in the office on that particular Sunday morning, Ogundamisi, the bloodied man downstairs came knocking on my door. The sun ray must have woken him up. Being a Sunday, and for fear of attack, I always locked the iron burglarproof at the door.

When I heard the knock, I went to the door where I saw Ogundamisi, (I’ve forgotten his first name now), laboring to breathe. He introduced himself in impeccable English, and that got me to open the burglarproof for him.

He then related the story of how himself and Gani Adams in company with hundreds of OPC members – in a convoy of several vehicles – were attacked in Owo en route to Arigidi Akoko.

Scores of OPC members were killed. The incident became the lead story of The PUNCH, the next day. The morgue of the Federal Medical Centre, Owo, could not take the dead as they were taken to other health facilities in the state.

Particularly, Ogundamisi was deeply worried about the safety of Adams. He said all the OPC members in the convoy fled in different directions during the night attack.

When PUNCH transferred me to Lagos in 2002, I followed the OPC in the media.

I recall that during the actualization of the June 12 struggle, it was NADECO and not the OPC that mobilized the Yoruba, nay Nigerians, against military dictatorship headed by General Sani Abacha. It wasn’t the OPC.

Over the years, the OPC has grown from a money-for-security organization to becoming a monster in the South-West. A visit to police stations in any part of the South-West would reveal how mainly illiterate OPC members have been taking the law into their own hands, maiming and killing members of the society in the guise of providing security and settling dispute.

Gani Adams, the headship of this the type of organisation has risen today to become the Aare Ona Kakanfo of the Yoruba.

When Nnamdi Kanu emerged as the new voice of Igbo leadership, I laughed and asked one of my friends, Joel Nwokeoma, ‘is this how low the Igbo nation has sunk’? Joel is having the last laugh now.

Let’s wait and see who the Hausa/Fulani would throw up.

I read someone saying that in ancient Oyo kingdom, the position of the Kakanfo is meant for miscreants. There is nothing farther from the truth than this. In the old Oyo Empire of the 17th and 18th centuries, the Kakanfo was the head of the Eso, who were, according to Wikipedia, ‘70 junior war chiefs nominated by the Oyo Mesi and confirmed by the Alaafin. He later rose to become the supreme military commander and was required to live in a frontier province to keep an eye on the enemy, and to keep him from usurping the government. Forces inside metropolitan Oyo were commanded by the Bashorun, who is a leading member of the Oyo Mesi’.

Which war has Gani Adams fought on behalf of the Yoruba? I only remember Gani to have won for himself multi-billion pipeline contract from the clueless Goodluck Jonathan government. I also remember Gani Adams unleashed terror on Nigerians in Lagos when the OPC marched for Jonathan during the countdown to the 2015 presidential election.

The Alaafin got it wrong this time round!

OBJ And The ‘Ogboju’ Syndrome By Louis Odion

Why Not A Too-Old-To-Run Law? By Lasisi Olagunju