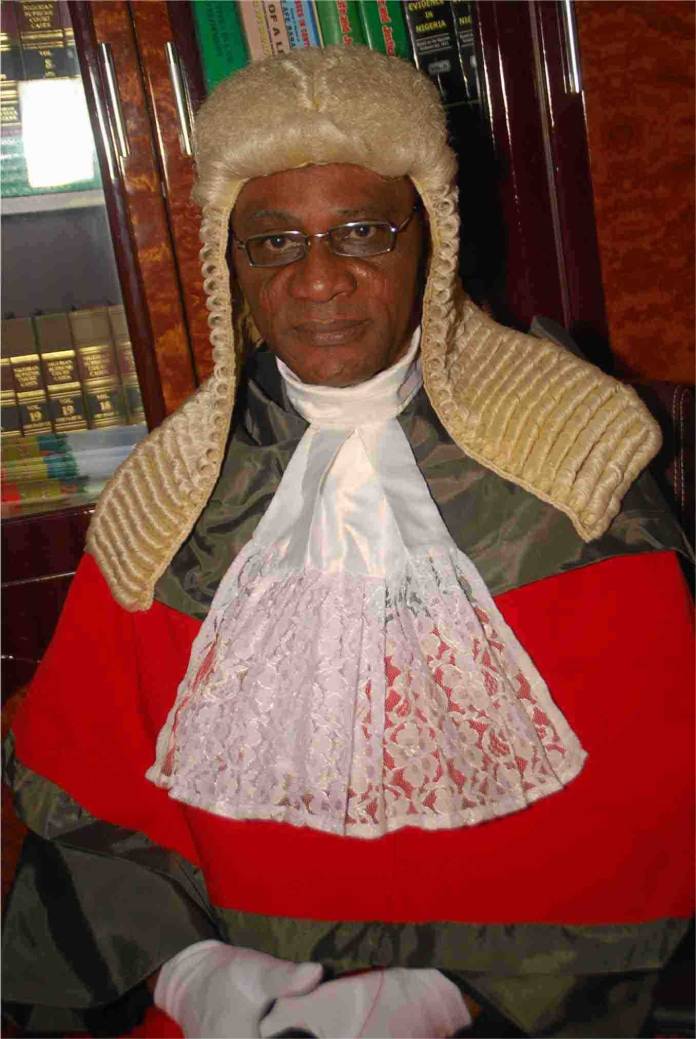 Osun State High Court has announced the retirement of the presiding Judge of the High Court, Justice Moshood Adeigbe.

The retirement announcement was contained in release by the Chief Registrar of the State High Court, Mr. Lawrence Arojo which was made available to OSUN DEFENDER.

Arojo stated that, there will be a valedictory court session in honor of the retiring Judge at court 1, Chief Judge’s Court of the High Court Osogbo by 10AM on Tuesday 31st of October, 2017 and sent-off Ceremony would follow immediately at Multipurpose hall of the High court.

According to Arojo, there will also be a book presentation by the retiree during the program as some government functionaries, judicial officers, legal luminaries or both private and public bar will grace the occasion.