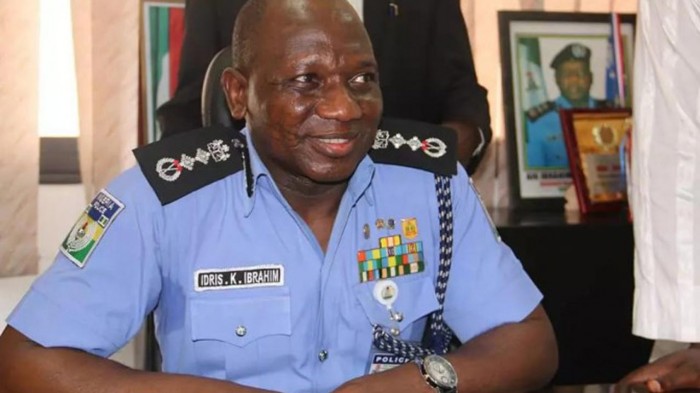 The end may not be in sight for the cold war between the Senator representing Bauchi Central Senatorial District, Hamman Misau and Inspector General of Police, Idris Kpotun Ibrahim.

At the plenary today, Misau a former Police officer through order 43 explained that he was attacked by the Inspector General of Police because he revealed corrupt activities under the current IGP, while the Senate was on recess.

He also disclosed that the IG was in extra marital affairs with one Amina and another Esther, but eventually wedded Amina secretly in Kaduna after being impregnated.

“Mr President, distinguished colleagues, instead of the IGP to address the issues I raised in my capacity as the Senator of the Federal Republic of Nigeria, he was busy attacking me”, he said.

“The IGP has been in sexual relationship with two female serving Police officers, that is one Amina and Esther. He impregnated Amina and did a wedding secretly in Kaduna.”

“As a former Police officer, I can say authoritatively that it is wrong for an officer to have a relationship with female Police officer because of the nature of that work”, Misau insisted.

He further said that Police is a non profit generating organisation, but there were instances where officers were posted to oil and other multinational Companies for fees. He said the IGP never remit those monies into the federation account.

The lawmaker faulted the manner which promotion of officers were being handled by the current IGP of Police, adding that officers pay as much as N500,000 to get promoted.

Misau sought the intervention of Senate to look at the situations, where single powerful individuals could have close to 30 Police officer guarding them, while commoners living in communities do not have police around them.

Senator Hamman Misau and the IGP have been at each other’s jugular over bribery allegations against the Nigeria Police.

TRACE To Curb Reckless Driving By Tanker Drivers In Ogun