A claim against a United States lender, JP Morgan Chase has been filed by the Federal Government for more than $875m, accusing the bank of neglect and carelessness in the  funds transfer  from a disputed 2011 oilfield deal to a company controlled by a former Nigerian minister of petroleum resources.   A…”
Editor
Economy 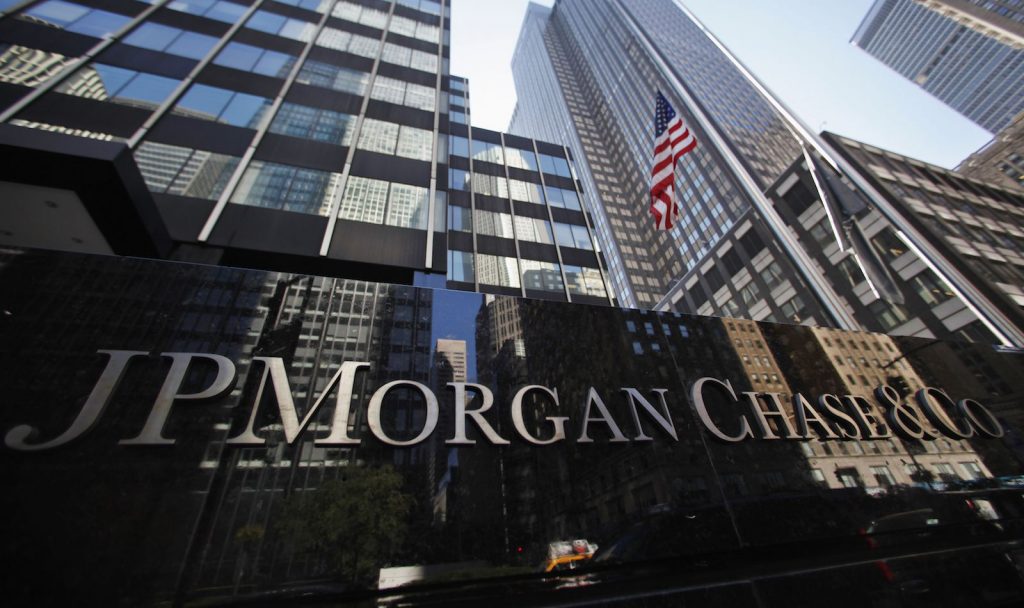 A claim against a United States lender, JP Morgan Chase has been filed by the Federal Government for more than $875m, accusing the bank of neglect and carelessness in the  funds transfer  from a disputed 2011 oilfield deal to a company controlled by a former Nigerian minister of petroleum resources.

A spokeswoman for JP Morgan dismissed the accusation on Thursday, saying the firm “considers the allegations made in the claim to be unsubstantiated and without merit.” This was according to a Reuters’ report.

The suit filed in a British court relates to a purchase of the offshore OPL 245 oilfield in Nigeria by oil majors Royal Dutch Shell and Eni in 2011.

At the core of the case is a $1.3bn payment from Shell and Eni to secure the block that the lawsuit said was deposited into a Federal Government’s escrow account managed by JP Morgan.

The lawsuit said JP Morgan then received a request from the finance ministry workers to transfer more than $800m of the funds to accounts controlled by the previous operator of the block, Malabu Oil and Gas, controlled by a former Minister of Petroleum Resources, Dan Etete.

Reuters was unable to reach either Etete or Malabu for comments.

The filing seen by Reuters was made in London in November last year on behalf of Nigeria, and said that JP Morgan acted with gross negligence by allowing the transfer of the money without further checks.

It said JP Morgan should have known that, under Nigerian law, the money should never have been transferred to an outside company.

“If the defendant acted with reasonable care and skill and/or conducted reasonable due diligence, it would or should have known or at least suspected … that it was being asked to transfer funds to third parties who were seeking to misappropriate the funds from the claimant and/or that there was a significant risk that this was the case,” the filing said.

Late last year, a Milan judge ruled that Shell and Eni must stand trial in Italy, where Eni is headquartered, for a separate legal case in which Milan prosecutors alleged bribes were paid to Etete and others as part of the same oilfield deal, including money that went to Etete’s Malabu.

Both Eni and Shell have repeatedly denied any wrongdoing in relation to that case. Malabu has never commented on the case.

Shell last year said it knew some of its payment to the Nigerian government as part of the deal would go to Malabu “to settle its claim on the block”, but that it was a legal transaction.

There are also ongoing investigations regarding the deal in Nigeria and the Netherlands, where Shell is based.

Meanwhile, the US regulator, the Financial Industry Regulatory Authority, had in December fined JPMorgan $2.8m for improper safeguarding of Nigerian securities.

JPMorgan Chase & Co reportedly paid a $2.8m fine to the US regulator to settle charges that its broker-dealer unit lacked sufficient controls to safeguard customer securities from several countries including Nigeria over more than eight years.