On June 25, 2018, Nigeria officially became the land of the poor. We now boast of the highest number of extremely poor people in the world, even more than India with a billion people. This was always inevitable with the (in) actions of the Nigerian government over the years. There had been no strategic plan…”
Editor
Economy Op-Ed 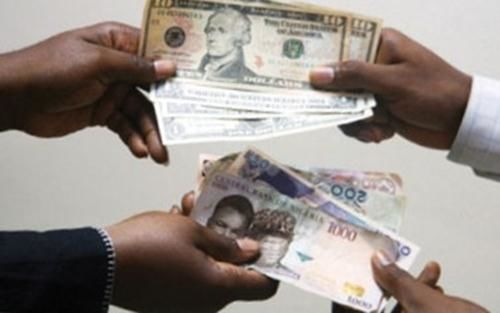 On June 25, 2018, Nigeria officially became the land of the poor. We now boast of the highest number of extremely poor people in the world, even more than India with a billion people. This was always inevitable with the (in) actions of the Nigerian government over the years. There had been no strategic plan for the people, and even the ones tried to avert it, failed woefully, hence, ours has become a country sauntering forward towards an uncertain future banking on a miracle.

In a bid to stem this ugly tide, the Nigerian Government under the current administration has introduced the conditional cash transfer programme. This programme is a social safety net that gives N5,000 monthly to the poorest and most vulnerable in the society. On the surface, this seems laudable, at least, the government is making an effort to reach the most vulnerable. However, this does not seem to address the entrapment within which the Nigerian poor is situated; they live in abject poverty and unwittingly transfer this poverty from one generation to another.

This cash transfer will only provide droplets of water on a parched land; that is even if it gets to those it is designed for. How this will happen in a country without a verifiable database of its citizen is another kettle of fish.

The most important strategy any serious government would adopt is one to ensure that the children of this poor population do not inherit the misfortune of their parents and continue the cycle of poverty. This should be the paramount headache of the government.

However, the only viable means of achieving this is through Education. The state must identify the most vulnerable families in Nigeria and create a plan to ensure that at least one member of that family get the best possible education from primary to tertiary levels.

Interestingly, this is not a novel idea as it has been the urgent demand of the poor Nigerians reflected in a statement by the Presidential aspirant Omoyele Sowore who has been touring the country in recent times. In Sowore’s words, ‘Everywhere I go, the poorest Nigerians ask for two things, capital to start a business and education for their children’.

Despite being poor, it seems these people tower above the Federal Government in wisdom; they seem to know that a conditional cash transfer will not change their fortunes, talk more of their children.

To bring people out of poverty we need to build their capacity to increase productivity. This can happen in two ways, skill acquisition or business (trading). How far can the N5000 monthly pittance go and does the Nigerian state have the capacity for a cash transfer.

If conditional cash transfer is the way to go, then, we would require half of our national budget for this program since 80million Nigerians are designated poor and vulnerable and we have determined that N5,000 will serve as a monthly palliative. The point should be clear by now, great education is the only solution the Nigerian state can afford and great education is the only solution that can solves the problem of poverty albeit on the long run.

We need to target their children first, help them escape poverty, then they will go back and bring their siblings out of poverty. This was the model that worked in the South West and South East Nigeria where the burden of training the siblings fell on the child that the parents (or village) first sponsored their education.

Since we already have this mental model operating in the most rural communities in several parts of the country, we can be sure that once the state sponsors the first child, the parents will ensure that they support their other siblings. Our goal as a Nation should be to ensure that the children of those on the National Social Register are saved from the inevitable doom that poverty portends, hence I propose a conditional Wealth transfer.

Today, knowledge is wealth, so let’s ensure the children of the poor acquire that knowledge and lift them out of poverty while the elite continue their bickering banters in profitable assemblies.

Everybody, however rural, must become a knowledge worker and it starts with the deliberate effort to get one ambassador from each locality to see the light.

We Are Only As Strong As The Weakest In Our World