ngr. Kazeem Salami (FNICE) is a civil engineer by profession. He is a former General Manager of Osun Road Maintenance Agency and former Commissioner for Works and Transport in the State of Osun. He provides insightful information on the Gbongan-Akoda and Osogbo-Ikirun-Ilaodo road embarked upon by the administration of Ogbeni Rauf Aregbesola and being continued…”
Yusuf
featured hero Osun 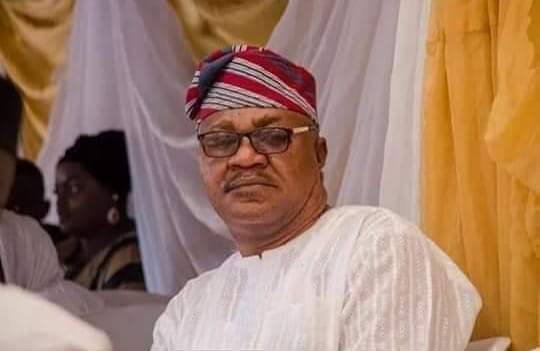 ngr. Kazeem Salami (FNICE) is a civil engineer by profession. He is a former General Manager of Osun Road Maintenance Agency and former Commissioner for Works and Transport in the State of Osun. He provides insightful information on the Gbongan-Akoda and Osogbo-Ikirun-Ilaodo road embarked upon by the administration of Ogbeni Rauf Aregbesola and being continued by Governor Adegboyega Oyetola. Excerpt:

How was the state of Osun roads before and during the administration of Ogbeni Rauf Aregbesola?

Comparing the state of roads in Osun before the coming of Ogbeni Rauf Aregbesola to what they were in his administration is like comparing hell to heaven.  Before Aregbesola came, a five years old boy in the state of Osun would tell you the deplorable condition of virtually all the roads in Osun. The drainage works then were used to be constructed with block walls of two coats, and the maximum thickness of asphaltic surface was just 37.5mm. With that quality, the roads would not last more than a year or two. But when Ogbeni came, the whole scenario changed. For drainage work, we started the construction of concrete both sides of different sizes depending on the topography and terrain of the area and the volume of water design for the drainage work.

Before commencement of any rehabilitation/construction works, Osun engineers were always directed to carry out reconnaissance survey to find out the type of road furniture that would be provided which will last for minimum of 25 to 30 years. Aregbesola’s administration started with township roads, intercity roads, intracity roads, selected roads and a lot of capital projects (gigantic projects). These were projects that really needed massive demolition, changing of alignments and provision of full furniture on the roads.

There were also rural roads under the O’RAMP (Osun Rural and Accessibility Project) being financed by World Bank after the government had paid some counterpart funds. About 500km length of rural roads were constructed all over the state to ease transportation of farm produce from various farms to cities by the farmers. Furthermore, Ogbeni administration embarked on the rehabilitation of 10km roads per local governments which were supervised by the Ministry of Works and Ministry of Local Government. They were being monitored by Bureau of Social Services (BOSS).

Construction/ Rehabilitation of Roads were going on at every look and cranny in the state. Before Ogbeni completed his first term, Osun people had been acknowledging the massive road construction and other infrastructural development. He was elected for second term by the people who appreciate his good work. So, Aregbesola met Osun in rustic state but left it a transformed state.

There were allegations that road constructions in the Aregbesola’s administration were characterized by inflation of contract. How would you react to this?

Whoever is saying that is either mischievous or myopic. If you want to do a km of road for #N20m, the same 1km of road may cost you N100m on another road depending on the type of road furniture to be provided and the kind of terrain of that road. The scope of work on any road construction will determine the course of the project. The rate of constructing 1mx1m drainage is different from that of 0.6×0.6m drainage why cost of earthworks in a swampy area is far more than that of level firm area.

Most of Ogbeni roads were constructed by providing sufficient approved filling materials after removing unsuitable materials. After this, there were provisions of stone base to strengthen the base course. Asphaltic binder course of 60mm were usually provided on some of the road before putting 40mm of wearing course of asphalt, all these were just to make the roads last longer for a design period of 20-25 years before damages.

Two major roads that have been the talk of the town are the Gbongab/Akoda and Osogbo/ Ilaodo Kwara State boundary road. What are the reasons behind the roads and the contractual agreement on them?

Those roads are federal roads and you see they link different states. The roads were in deplorable condition and causing accidents that have claimed several lives. So, Aregbesola decided to dualise them and to reduce accidents to barest minimum. On the Gbongan-Akoda road, Aregbesola constructed a gigantic trumpet bridge at the Gbongan end, so that people coming to Osogbo from Ibadan are separated from traffic going to Ife by climbing the bridge. This has helped in reducing accidents in that area. The original contract sum was N29.2bn. But due to the bad terrain of road and swampy nature along the alignment, the contractor carried out major stablization of the bad portions by providing massive boulders and cement stabilizations. There were massive earthworks and stone base before surfacing, all these attracted additional cost and the contractor requested for upward review of the original contract sum to 33.5bn. However, this was not approved before 2018.

It should be noted that engineers from the Federal Ministry of Works and Housing always countersigned every certificate raised after joint measurement of work done because the Federal Government  will pay back the fund used for the construction work. The percentage progress of the work before we left was about 30%.

For Osogbo-Ikirun-Ila-Odo-Kwara State boundary road, the original contract sum was N17.8 billion and there were lots of additional jobs done like increasing the width of the road, providing more hydraulic structures that were not included initially such as culverts, bridges and others. The contractor also requested for an increase to a revised construct sum to N20.5bn.  From the above, it is very clear that the original contract sum of the two roads was N47.02bn. If the additional requests of the two contractors were approved, it would make the total contract sum to be N54bn.

Osogbo-Ikirun-Ila-Odo was about 50 percent completed while Gbongan-Akoda road was over 30 per cent done. The length covered on the Gbongan-Akoda road was about 8.5km. Hence, the present administration inherited a house that has been built but need to be painted in some sections up to this 8.5km length which the present administration is now doing. The government might have spent between about N1.5bn and N1.7 bn.

On Osogbo-Ikirun-Ila-Odo,  Aregbesola’s administration has delivered 10km dual carriage way of 19m width,  100 per cent up to wearing course from old garage to machine tools and works has passed Eko-Ende junction at various stages before the Oyetola administration came. What the present administration has done till date is to move the work further and concentrated on taking one lane  to Iragbiji junction.

We had prepared a bill of N19.2bn as amount due to be paid to the state by the federal government based on the level of work done on the roads then. The Permanent Secretary of the Ministry of Works, the Director of Highways and I had gone to Abuja to defend the bill before the Senate Committee on Works

If the Federal Government has refunded N11.9bn on the road projects, the State government should come and tell us how much it has expended on the roads. What is the level of work done on the roads so far?

You cannot be playing politics with taxpayer money. The state government should let the public know how it has used the N11.9bn. Each time the federal government receives Abacha loot, it will declare the particular amount it received and how it intend to spend it. The state government of Osun should also follow same path.

17,000 farmers empowered through intervention loans to boost agric in Osun

Sultan, Aregbesola, Others Pray For Nigeria

“I know Buhari very well, He is not corrupt”, Orji Kalu