INTERVIEW: A Person Going For General Election Should Not Be Afraid Of Internal Contest – Najeem Salaam

Former Speaker of the State of Osun House of Assembly, Hon. Najeem Salaam, speaks with ISMAEEL UTHMAN on the just-concluded Ward Congress of the All Progressives Congress (APC) and issues arising from the exercise. Excerpts: What is your assessment of the Ward Congress held on Saturday? We held the congress peacefully in my own…”
Yusuf
featured hero Osun Politics 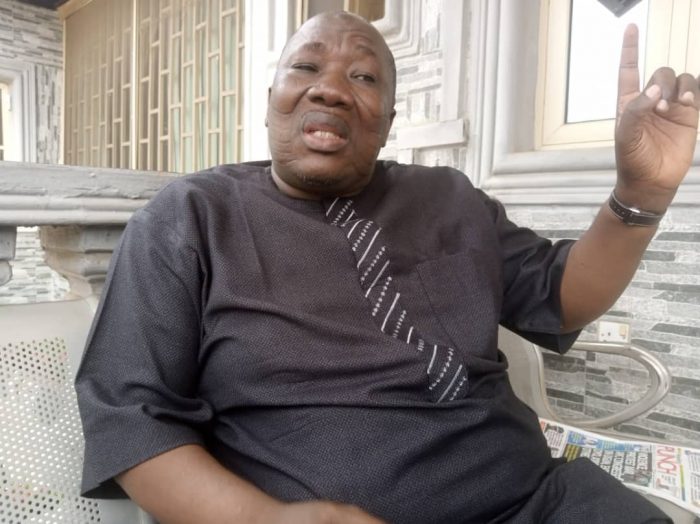 Former Speaker of the State of Osun House of Assembly, Hon. Najeem Salaam, speaks with ISMAEEL UTHMAN on the just-concluded Ward Congress of the All Progressives Congress (APC) and issues arising from the exercise. Excerpts:

What is your assessment of the Ward Congress held on Saturday?

We held the congress peacefully in my own area, Ejigbo and it was a successful one. The normal process as stated in the guidelines of the congress was followed to the letter. In all the wards in Ejigbo, we held election in the accredited places known to INEC and the party. The security agents and INEC officials were at the accredited places to witness the election and the turnout of people was impressive. Let me put it on record that some group of people who were clamouring for consensus could not come out on that day. They were either at a beer parlour or some other places writing their consensus list. They boycotted the election because they wanted to force consensus on the members. They said there was no election but consensus. Consensus is an agreement between people that are agitating for something. The constitution allows consensus but you have to sit down and discuss and agree or disagree. In this case, there was never a time that anybody was called for a discussion and you want to force consensus on others because of power? It is not done anywhere. It is a fraud to force consensus on people where we have contestants. Even if it is only one aspirant that purchased form and shows interest in the same office your consensus candidate is interested in, the appropriate and legitimate thing to do is election. The law is clear on that.

However, reviewing the congress generally, the Congress Committee compromised and turned itself to a willing tool in the hand of the persons it wanted to work for. The committee members made themselves unavailable to members of the party, aside the Governor, the party Chairman and the people around them. That is not fair. This is a party affair and not a family meeting. I must say that if the people in government continue to threaten our people because of the power they wield now, what happens tomorrow when those people will be needed and definitely, we need our people for the forthcoming election.

We found ourselves in this messy situation because of the wrong doing of some people and there is no good internal mechanism to settle the crisis within the party. And I am afraid the crisis is getting escalated day-by-day. The people in government are escalating it without even caring about what happens to whoever!

Back to the Congress Committee, they came very late to Osun –few hours to the congress. Of course, it is a routine thing for the committee to pay a visit to the Governor of the state. However, the Governor and his camp were preparing for the congress, definitely there will be people around him. The people around the Governor were those that were gathered and presented as stakeholders. I am not saying those people are not stakeholders, but what about the other stakeholders in the party? That means what they were doing was not a stakeholders’ meeting. It was a courtesy visit to the Governor, which is normal. You know even if they fix meeting at the Government House, some people will not go there because they will be embarrassed and humiliated. What is the essence of having a party secretariat? The stakeholders’ meeting supposed to happen within the premises of our party Secretariat. It was a stage-managed activity. Let me say that we are supposed to have equal rights of going to the Government House, but with the happening in the state, the people in government have their own people that can come to the place.

And people had been crying out on the suspicious move of the Congress Committee, and that of the officials who came to sell forms in Osun. Those that came to sell the forms were held hostage for almost a week – incommunicado! We could not call them, nor see them. They were kept under surveillance. You could imagine the fate of a democratic party keeping people that are to sell forms away from the party members. Selling the forms is a best way to generate income for the party, but that the party was deprived of that opportunity.

The national body of our party cannot say it is not aware of what is really going on in Osun. We expected a straight-line directive for the committee to “meet everybody “, but the committee did not. The committee only made itself available to the Governor’s camp within the party. We kept on calling the members of the committee but they do not make themselves available to us. So, we concluded that they had a script that they wanted to act and of course they acted it.

We will wait for what the National Secretariat will say about it. Of course, there is an appeal committee and that is the first approach to take. We will lay our claims and then present the irregularities in the congress before the committee. We are hopeful on that.

What do you think is wrong with consensus?

If you ask me, I will tell you that this is not the first time that we are having a consensus arrangement in the state in our party. Before 2014 Governorship Elections, there was supposed to be a congress for electing the party officers. We had an arrangement and nobody said no to that arrangement. Everybody agreed on consensus. Even at that, the Congress Committee that came from Abuja went to the party’s State Secretariat to hold a stakeholders’ meeting.  But that is not the case now. The guidelines say: whenever you have an individual, a party member saying no to consensus, you have go to the field.  It does not necessarily have to be a person of high status.

I don’t understand why somebody that is having an open election that cannot be stage-managed in less than 12 months will be afraid of internal contest. You should be popular enough to contest within the party. If everyone that is gathering there and calls themselves the stakeholders knows that you are popular in their areas, why were you now shying away from contesting? Why were your people not contesting with people that are very poor at the grassroots? At least, you have money and the people do not have money, nor power. What that tells you is that the grassroots people know what they are doing and are ready for contest. If you want to win an election, you must look for people at the grassroots. It is just a simple logic.

So, I don’t understand why the people in government should be afraid of having an internal election. And we have been clamouring for internal democracy in our party. Some of us believe in this kind of democratic settings, that is why we are clamouring for it.  Let us try internal democracy in our party. Let us select those that are very popular in their various areas. We have people that are popular managing the activities of the party in their areas, if we choose those people, we already know the result. But when you impose unpopular candidates on the people, you already know the result also too.

The congress, from the way it went, is a bad direction for a party having election in less than 12 month.