Ismaeel Uthman “AMERICA is the land of second chance, and when the gates of the prison open, the path ahead should lead to a better life.” This statement was made by President George W. Bush, in his State of the Union Address to the Congress on January 20, 2004 while introducing Prisoner Reentry Initiative…”
Yusuf
featured hero Op-Ed 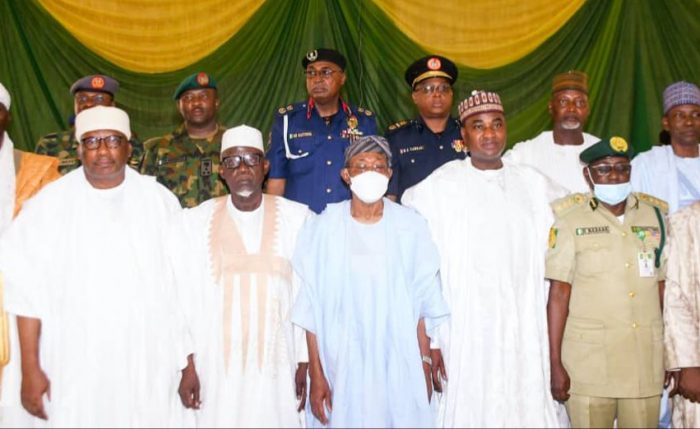 “AMERICA is the land of second chance, and when the gates of the prison open, the path ahead should lead to a better life.” This statement was made by President George W. Bush, in his State of the Union Address to the Congress on January 20, 2004 while introducing Prisoner Reentry Initiative to the United State system. Among other things, the initiative relied on ‘local partners to deliver a wide range of social services to help ex-offenders successfully return to the community’.

The Nigerian society has a negative perception about ex-convicts and it is difficult for ex-offenders to be integrated into the society except in rare cases that may not be unconnected with politics. This age-long perception has damaged the psychology of many former inmates, who felt rejected and unfit to continue to live among normal people.

Besides, the prison is to among other things, rehabilitate the inmates and ensure that the society is free from the criminals serving their jail terms. But the Nigerian prisons are far from achieving the established goal of rebuilding and rehabilitating the inmates, amidst congestion of the prisons. Identification of this challenge necessitated the prison reforms embarked upon by the Minister of Interior, Ogbeni Rauf Aregbesola since 2020.

The reform has achieved among other things, the change of nomenclature from Nigerian Prison Service to Nigerian Correctional Service; ongoing decongestion of correctional centres, building of modern facilities and capacity building for the NCoS personnel. In furtherance of the reform, the NCoS on Monday and Tuesday organised a two-day retreat themed: The Nigerian Correctional Service: Meeting the Public Expectations. The programme named 2nd Controller General of Corrections Retreat, was to review and reflect the service’s performance, including challenges in recent times.

The identified challenges at the retreat are: jail break, attacks on correctional centres, poor facilities, congestions of prisons, lack of motivation for staff, among others.

In addressing the challenges, speakers and discussants at the events agreed that there must be synergy between the NCoS and the judiciary to fast-track dispensation of justice that will reduce number of awaiting trial inmates in the custodial centres.

Also, inmates must be treated well in a way to instill corrections on them – thereby bringing out the core purpose of making the prisons correctional homes as against punitive centres it is known for.

According to the discussants, change may not come to correctional centres except with the pure intentions of Mr. President, noting that there are some reforms that need the political will of the president to drive.

It was noted that some inmates are illegally communicating with people in the outside world. To address that, it was suggested that the correctional facilities should have call centres where inminates will be allowed to make phone calls with proper monitoring.

To address the threats to the custodial centres, discussants stated that the NCoS must work on the compromise and complacency of its personnel with standard operational procedures.

Part of the suggestions to address the challenges facing the correctional centres are; engagement of members of the public to pay fines of minor offenders, appointment of tradtional rulers as chancellors for the custodial centres with a view to ensure better management of the facilities, and that the inmates should be allowed to continue their legitimate life in the prison but with clear separation of hardened criminals with minor offenders.

Speaking at the Day 2 of the retreat, the Minister of Interior, Ogbeni Rauf Aregbesola called on the judicial arm of government to support the ongoing reform in the Nigeria Correctional Service through timely conclusion of criminal cases.

Aregbesola specifically advocated a 12-month timeline for dispensation of justice on criminal cases brought to the court.

According to him, the judiciary should ensure that from arrest of suspects to conclusion of their cases in court, the maximum time spent should not be more than 12-month.

He urged personnel of the correctional service to begin the advocacy for a year dispensation of justice on criminal cases.

Aregbesola said he is a victim of delay in justice delivery, noting that his case on the restoration of his stolen mandate in 2007 activated the judiciary to peg the conclusion of election cases to a year.

The former governor of Osun State said timely dispensation of justice on criminal cases will not only reduce the number of awaiting trial inmates and decongest the correctional facilities but will also save the service a lot of money.

Speaking on the condition of correctional facilities in the country, Aregbesola said that beyond the law, attitudinal change is required from the society and personnel of Nigeria Correctional Service to drive the needed reform.

According to him, majority members of the society do not have correct understanding of what the correction centres should be, saying that is responsible for some negative comments on some issues involving activities of the NCoS personnel.

Aregbesola who bemoaned what he described as unbefitting status of some of the correctional facilities urged the NCoS personnel to mobilise community efforts to change the facial appearance of their facilities.

He lamented that some of the correctional facilities are dampening the morale of the officers and damaging the psychology of the inmates.

“For those of us who have traveled out of the country, you can hardly differentiate between their correctional facilities and other facilities except for the walls. You have a wonderful facility that would make people passing to stop by and have a look but that is not the case here”, he said.

The minister also spoke on the need to make the correctional facilities centres for rebuilding inmates through standard operation procedures and improved welfare for both the inmates and the NCoS personnel.

He said: “Let us have a standard operating procedure that will task officers in charge of our facilities to be responsible. If you want to meet public expectations, we should start from our appearance.”

Earlier on the Day 1 of the retreat, Aregbesola had called on the NCoS personnel to ensure that all fleeing inmates are recaptured wherever they are.

He said: “We still have the challenge of escaped inmates. Many of them have been arrested. Some came back by themselves while families, vigilantes and other watchmen brought some back.

“But many are still out there, portending great danger to our communities and people. There being out there is an affront to our justice system. It is curious that there have been reports of upsurge in violent crimes around the areas where these facilities have been attacked and inmates freed.   They therefore have to be brought back for minds to be at rest.

“In our desire to have greater control and ease the recapture of escaped inmates, it is very important to also have their DNA the moment they come into your care. The usefulness of this is more than recapturing escaped inmates. DNA will give you a near absolute certainty on the identity of the inmates in your care, 99.99999 per cent, according to the experts.

“We must fashion out strategies to recapture them. We must use technology to capture these inmates, let use everything we can, let the world knows we are committed.”

In his remarks, the Controller General, Haliru Nababa lamented that the custodial centers was being over stretched, saying the current capacity of the 244 custodial facilities  of the service should accommodate 58, 278 as against the population of 75, 000 inmates it was having.

He added that the service had put up some measures to prevent attacks on its centers across the country.

Nababa said: “Drawing from the above, the NCoS has taken measures that will forestall future attack such as the formation and activation of the Rapid Response Team, initiate more intelligence sharing with other security agencies,  the sensitisation and encouragement of State Governments to implement non-custodial measures as well as the scaling up of the capacity of Armed Squad and Intelligence personnel on the use if high calibre weaponry and intelligence gathering.”

Speaking at the event, immediate past Minister of Interior, Gen. Abdulrahman Danbazau said it is a necessity for Nigeria as a country to meet up with international standard on treatment of inmates and the facilities hosting them.

Danbazau maintained that though Nigeria is making progress on the prison reform, there is still the need to continue advocacy for decongestion of correctional centres.

He said congestion of correction centres is a major challenge that must be permanently addressed.

If the suggestions at the retreats are put to use, the public expectations from the Nigerian Correctional Service will be positively met, and the custodial centres will be a path to creating a better version of offenders.