The medical director, Federal Medical Centre (FMC), Owo in Ondo State, Ahmed Adeagbo, on Wednesday, appeared before the Independent Corrupt Practices and Other Related Offences Commission (ICPC) in Osogbo, over alleged corruption. The commission had sent a letter of invitation to Mr. Adeagbo on April 20, addressed to the facility’s Medical Director, inviting him, along…”
Victor
News 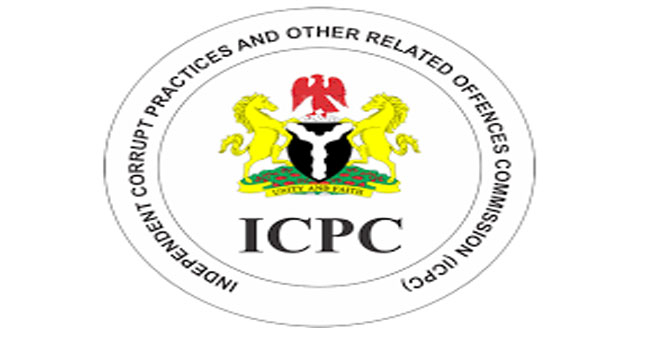 The commission had sent a letter of invitation to Mr. Adeagbo on April 20, addressed to the facility’s Medical Director, inviting him, along with the Head of Finance and Accounts, to appear before it.

The commission, in the letter, directed him and the Head of Accounts, to show evidence of how the N176 million COVID-19 intervention fund and other monies were spent by the hospital’s management.

The letter also asked him to show, “evidence of how the alleged amount of N186,817, 307 was spent with approvals and relevant documents, establish the purpose of the COVID-19 intervention funds and beneficiaries of the fund.

“Request for salary payslips of Resident Doctors from 2017 -2021

“Evidence of payments made to pharmaceutical supplies from 2017 till date, evidence of receipt with payment vouchers.”

It was gathered that Mr Adeagbo, with a female staffer of the hospital, arrived the ICPC’s office in Osogbo, at exactly 11.20 a.m.

The letter, which invited Mr Adeagbo and others for questioning partly reads, ”furtherance to the investigation, which the state office of the commission is carrying out on the allegations against the management of the Federal Medical Centre, Owo.

“In violation of the Provision of th Corrupt Practices and other Related Offences Act, 2000, a list of additional requirements as enclosed in the letter are being requested by the reviewer of the investigation report.

“Pursuant to Section 28 of the Act, 2000, you are, therefore, required to appear in the state office at 5 Ola Alabi way, GRA, Osogbo at 11.00 hours on April 27, Under the Head of Finance and Accounts and the attached documents.”

An official of the commission, who spoke on condition of anonymity, told NAN that the medical director was “invited for questioning and to make clarifications on some financial issues at the hospital”.

The official said the commission would continue with its investigation of the allegations levelled against the medical director and his management.