By Francis Ezediuno Due to the haze experienced in some parts of the country in the early days of January, 2018, an expert in the field of health care has counselled the parents to take precautionary steps to prevent a breakdown in their immune system and that of their kids. This advice was given…”
Yusuf
Health 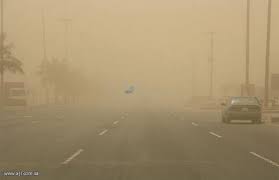 Due to the haze experienced in some parts of the country in the early days of January, 2018, an expert in the field of health care has counselled the parents to take precautionary steps to prevent a breakdown in their immune system and that of their kids.

This advice was given on Tuesday by Dr. Mootemi Abraham, in a one on one chat with this medium in Osogbo.

Mootemi contended that the reason for this caution was that the haze which to the ordinary eye may be harmless are a combination of various harmful organisms which on entering the human body will use it as a suitable host and ultimately attack the body’s immune system.

“You know the weather is dry. So most of these organisms are in a dormant mode but when they get a moist habitation preferably a human host, they tend to become active and it becomes easy to be transferred from one human to the other due to our unhealthy hygiene methods.

“As a result, colds, flu or influenza, cough, catarrh, runny nose, red eyes, beaches, body pains will be the order of the day.

“When an individual experiences the cough intermittently for two weeks without abating after using the prescribed set of drugs, then that person should report to the nearest health facility for tests to be carried out, it may not be ordinary again. It may be early stage Tuberculosis”.

He advised that parents should ensure that they bath their children with warm water, wear them with warm dresses, moisten their noses and make them to drink lots of water.

Adults were also cautioned not to unnecessarily expose themselves to the haze by putting on face masks whenever they were out of their houses or offices.

Caution was also given to people who operate under air conditioners because it uses compressed air which it circulates.

“People who use air conditioners too are putting themselves in harm’s way. This is because the air-conditioners make use of compressed air and once they go out of the setting, they breathe in the air filled with different particles which may result in infections especially respiratory ones”.

The medical professional noted that with the weather, some ailments were going to arise but with proper medical care, symptoms would disappear within days.

He cautioned against self medication because there was tendency for ailments like that to degenerate into a life threatening situation.

HEALTH MATTERS: Bad Breath May Be Caused By Food We Eat – Dentist

New HIV-AIDS Infections Down By 45% – UNAIDS