Antonio Guterres, the Secretary-General of the United Nations has been urged through a letter to revoke its association with former President Olusegun Obasanjo. The letter was signed by Dr. Ademola Araoye, Former Head of Office for the Consolidation of Democratic Governance (United Nations Mission In Liberia, UNMIL) and Former Head of Political, Policy Planning (United…”
Editor
News 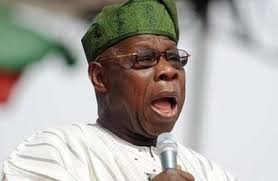 Antonio Guterres, the Secretary-General of the United Nations has been urged through a letter to revoke its association with former President Olusegun Obasanjo.

The letter highlighted Obasanjo’s activities including his decision to seek a third term while in office as Nigeria’s president, his culpability in the Odi massacre; the assassination of “high-profile national political actors” under his watch, among others.

The letter also cited certain incidents in Obasanjo’s personal life, which they said summed up to show that “the likes of Olusegun Obasanjo should not be promoted as role models in Africa by United Nations”.

According to the letter, “Olusegun Obasanjo’s life substantially negates the Charter of the United Nations and violently assaults the values as well as ethics of the organization. His association with the United Nations can only deepen cynicism on a continent in search of authentic heroes to lead the charge to rectify the devalued codes of decency in its violently abused societies. Olusegun Obasanjo does not belong to this rescue vanguard brigade.”

Secretary General of the United Nations

Secretary General of the United Nations,

Office of the Secretary General

We, the undersigned, a non-partisan coalition of progressive minds in Nigeria and South Africa, are compelled to address to you our deep apprehensions and grave concerns over reports of your appointment of Olusegun Obasanjo as a member of the United Nations High-Level Advisory Board on Mediation consisting of 18 global leaders established in 2017. We are particularly disturbed by reports of your special commendation of Obasanjo for his mediation role in ensuring smooth political transition in Liberia. This reported commendation is said to be contained in your remarks to the Security Council’s debate on the ‘Maintenance of International Peace and Security: Mediation and the Peaceful Resolution of Conflicts’ at the UN headquarters in New York in the last week of August, 2018.

Against the backdrop of the invaluable services of the United Nations to Africa, not only in the maintenance of peace and stability in Africa, but across the totality of the developmental and all other human endeavors, we consider it imperative that the continued integrity and credibility of the global body be sustained at all times. The United Nations should be protected from contamination from the likes of Obasanjo, whose life career has been antithetical to the Charter of the United Nations and has undermined the ethics and values of this great organization. This protection is required in order for the United Nations to remain a highly valued, constructive partner of the peoples of the continent, and to be perceived as such by African peoples. Given his character, the controversial history and debilitating outcomes of his personal involvement in Nigerian affair, Obasanjo has been publicly declared as unfit to lead a mission to rescue Nigeria and restore the nation to sanity. He therefore cannot be fit to rescue Africa or the world.

The sordid profile of Obasanjo in his engagements both in the public and private  realms is well documented. Given this profile, we affirm that his association with the United Nations is a grave error fraught with potentially incalculable harm to the already fragile ethical fabric and upended value systems of not just Nigeria but the totality of African society. And in view of the dangers implicit in the association of Obasanjo with the United Nations both to the organization, Africa and Nigeria, and indeed the world in its entirety, it is our hope that as Secretary General, you would, as a matter of priority, nullify this unmerited association of your highly valued organization and historic partner of Africa with an immoral man possessed of stout anti-democratic credentials.

Under Obasanjo’s watch, over eight high profile national political actors were assassinated across the country in yet unexplained circumstances. Among them were the Attorney General of the Federation, Chief Bola Ige, and the National Chairman of another party, Chief Harry Marshal. The assassinated were seen as obstacles to electoral victories in regional constituencies considered critical for Obasanjo’s aspiration to a second term in office.

Before then, in 1978, under Obasanjo’s watch as military head of state, military command killed over 300 unarmed Nigerian university students and innocent civilians across the nation. The crime of the students was protesting increases in tuition fee. About the same time, Obasanjo’s “unknown soldiers” raided and burnt down to rubble the home of iconic cultural figure, Fela Anikulapo-Kuti, whose octogenarian mother, Mrs Funmilayo Ransom Kuti, an icon in the pantheon of historic anti colonial figures in Nigeria, died of wounds sustained from that incident. The deployment of mindless violence has since become Obasanjo’s default approach to crisis management in all settings.

In November, 1999, then as a democratically elected president, Obasanjo ordered the invasion of Odi community, in what is now known as the Odi massacre, by the Nigerian military of the predominantly Ijaw town of Odi in Bayelsa State. The massacre was in the context of agitations in the Niger Delta over indigenous rights to oil resources and environmental protection. Human

Rights Watch concluded that “the soldiers must certainly have killed tens of unarmed civilians and that figures of several hundred dead are entirely possible.” Nnimmo Bassey, Executive Director of Environmental Rights Action, said that nearly 2500 civilians were killed. The government initially put the death toll at 43.

Under Olusegun Obasanjo, another gory massacre of civilians took place as the Nigerian military descended on Zaki-Biam, a community in Benue State in 2001 when soldiers from the 23rd armored brigade of the 3rd armored division of the Nigerian army rounded up residents in Gbeji village for a “meeting.” It made the unarmed civilians sit on the ground, separated the men from the others, and then opened fire upon the men indiscriminately. Witnesses reported that some of the victims’ bodies were then set ablaze. Further killings took place as soldiers invaded the villages of Vasae, Ugba, Sankera and Zaki-Biam, all located in the two local government areas of Logo and Zaki-Biam.

In the following two days, there was widespread destruction of property and buildings in these villages, after terrified residents had abandoned their homes. At the end of that military action, no fewer than 300 persons including women, children, young and old had been massacred. Many women were violated in that tragic expedition. Among the victims of the attack was a former Chief of Army Staff, Lieutenant General Victor Malu, whose houses were burnt. The former Speaker of the House of Representatives in the First Republic, Hon Benjamin Chaha, and lots of other prominent indigenes of the area suffered the same fate. It was not until November, 2007 that Lieutenant General Luka Yusuf, the then Chief of Staff, apologized to the people and government of Benue State over the army invasion.

To satisfy his overweening ambition, Obasanjo, behaving in the manner of other dictators in power in Africa (Paul Biya in Cameroon, Sassou Nguesso in Congo (Brazzaville), Joseph Kabila in the Republic of Congo, Burundi’s Pierre Nkurunziza, Zimbabwe’s Robert Mugabe, Yoweri Musezeni of Uganda, Teodoro Obiang Nguema Mbasogo of Equatorial Guinea, etc.), strenuously sought to undermine the Constitution to secure an illegal third term in office.

In his nuclear family, Obasanjo’s scandalous life has remained shocking in its violent repudiation of the established norms and moral codes of decency of every society. In a 2008 book, Bitter-Sweet, My life with Olusegun Obasanjo, Oluremi, his first wife, paints a portrait of her husband as a vindictive “master of decoy”, a “violent and unrepentant wife-basher”, and a man whose “womanising knows no bounds”. The book contains evidence of Obasanjo’s domestic violence that has not been repudiated. This is a man who keeps hoodwinking international community, parading himself as a pan-African statesman, second only to Kofi Annan.

In 2013, Nigeria was abuzz with allegations by Obasanjo’s son, Dr. Gbenga Obasanjo, that his father, Olusegun Obasanjo, was having an illicit affair with his wife. In the wake of this scandal, Obasanjo did not deny in strong terms the allegations of incest leveled against him by his son. Also, his daughter, Senator Iyabo Obasanjo in 2013, drew the attention of Nigerians to her father’s “egoistic craving for power and living a life where only men of low esteem and intellect thrive”. In her 2013 letter, Iyabo accused her father of cruelty to family members, abandonment of children and grandchildren, and maltreatment of women. Finally, she affirmed that Nigeria is a country where her father and his ilk ‘‘have helped to create a situation where smart, capable people bend down to imbeciles to survive”.

All the aforementioned provide a summary of the career of a deeply flawed man that you adulate within the hallowed chambers of the Security Council. As demonstrated above, Olusegun Obasanjo’s life substantially negates the Charter of the United Nations and violently assaults the values as well as ethics of the organization. His association with the United Nations can only deepen cynicism on a continent in search of authentic heroes to lead the charge to rectify the devalued codes of decency in its violently abused societies. Olusegun Obasanjo does not belong to this rescue vanguard brigade.

There is an associated nagging question pertinent to Obasanjo’s appointment which is: would anyone with Olusegun Obasanjo’s public and private profile be considered fit to represent any other continent apart from Africa? We do not want to be persuaded by the cynicism of those who argue that Obasanjo’s appointment is a reflection of deep-seated contempt for Africa and Africans. We only think that notwithstanding the massive digital revolution that has made the world smaller, knowledge about and developments in Africa still remain on the margins. The likes of Obasanjo take advantage of this lacuna. The impression should not be created that a paucity of sterling intellectual and moral actors in the public realm exists on the continent. We repeat: Africa is blessed with men and women with impeccable records. The choice of any of them will serve as an inspiration, not only to Africans but to the world. The likes of Olusegun Obasanjo should not be promoted as role models in Africa by United Nations. In the light of the above, we ask that you do the United Nations and Africa, as well as its future generations, a favor by revoking all association of the United Nations with Olusegun Obasanjo.

Former Head of Office for the Consolidation of Democratic Governance (United Nations Mission In Liberia, UNMIL)

Editor The Thinker, A Pan-African Quarterly for Thought Leaders