Antoine Griezmann is hoping to get his hands on a first major trophy with Atletico Madrid as the Spanish club prepare to take on Marseille in Wednesday’s Europa League final. Griezmann has only won the Spanish Super Cup since joining Diego Simeone’s side four years ago, featuring in the team that lost on penalties to…”
Yusuf
Sports 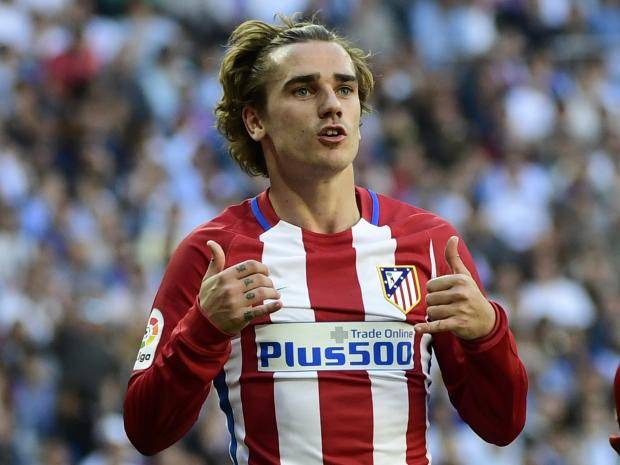 Antoine Griezmann is hoping to get his hands on a first major trophy with Atletico Madrid as the Spanish club prepare to take on Marseille in Wednesday’s Europa League final.

Griezmann has only won the Spanish Super Cup since joining Diego Simeone’s side four years ago, featuring in the team that lost on penalties to Real Madrid in the Champions League final in 2016.

Atletico’s build-up to this match has been overshadowed to some extent by constant speculation about his future, with the France striker being tipped to join Barcelona after the World Cup.

But his Atletico team-mates are confident the 27-year-old is fully focused on leading his side to what would be their third Europa League title since the start of the decade. He will spearhead the attack alongside Diego Costa.

“We have been speaking about him all year. Physically he is in good shape and for him it is important to win a title because he needs it, and that is the only thing that matters to him,” said veteran midfielder Gabi.

“I hope it is not his last final because we need him and he knows that we want him to stay.”

This game is a sort of homecoming for Griezmann, who has spent his whole club career in Spain but grew up in Macon, less than an hour’s drive from Lyon.

The memories of their agonising defeats to Real in the Champions League finals of 2014 and 2016 remain fresh for Simeone and his side.

However, Simeone has worked wonders with Atletico since being appointed in late 2011 and sealing Europa League victory six months later.

The Spanish side have greater collective experience of European finals, but Simeone was not keen to draw too many comparisons with what has come before.

“It is never good to make comparisons. The Champions League is one thing and the Europa League another,” said Simeone, who will serve a touchline ban on Wednesday after being sent to the stands against Arsenal in the semi-finals.

“Experience is an important factor although it won’t completely influence the game,” he added.

– Will home advantage count? –
Having dropped into this competition following a surprise group-stage exit from the Champions League, Atletico are favourites, but Marseille are motivated by the prospect of playing on home soil.

They are also driven by the desire to win a second European trophy, just as the club marks 25 years since beating AC Milan in the 1993 Champions League final.

“I think the expectation in Marseille and across the country is quite extraordinary and our motivation comes from that,” said Dimitri Payet, who is confident of beng fully fit after a minor muscle injury.

Marseille, who have lost three other European finals, have come all the way from the qualifying rounds in this season’s Europa League, starting out last July.

“We know that Atletico have the experience. They came out of the Champions League while we came through the Europa League qualifiers,” said coach Rudi Garcia.

“But we have experienced players too, players who have played in and won European finals, the Champions League in the case of Luiz Gustavo. We want to enjoy the moment, let our hair down.”

Garcia is confident of having a full squad at his disposal, despite concerns over the fitness of centre-back Rolando, Bouna Sarr and striker Kostas Mitroglou.

Meanwhile, authorities in Lyon are hoping the match, which will kick off at 8:45pm (1845 GMT), will not be marred by violence.

Only around 11,500 Marseille fans will officially be in attendance in a crowd of close to 60,000 and those without tickets have been urged not to travel amid fears of trouble between them and fans of Lyon.

A big rivalry has developed in recent years between the clubs, and there will be 1,250 police officers deployed in the city and around the stadium.