As a response to Governor Abdullahi Ganduje’s request for the Nigerian Navy visibility in the state, in strengthening the security of the state, the Nigerian Navy has approved the establishment of Kano Naval Base. This was disclosed by the Chief of Naval Staff, Vice Admiral Awwal Zubairu Gambo, when he paid a courtesy call to…”
Victor
News 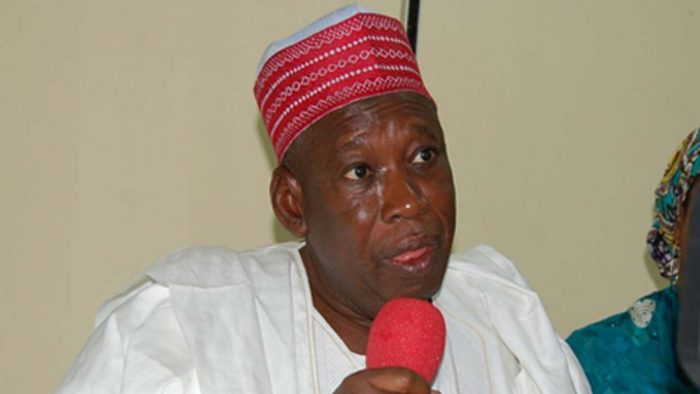 This was disclosed by the Chief of Naval Staff, Vice Admiral Awwal Zubairu Gambo, when he paid a courtesy call to the governor at his office, Wednesday.

“Your Excellency, I am glad to inform you that the Nigerian Naval Board has approved the establishment of Naval Base in Kano, which falls among other Naval Bases approved by the Board in some selected states,” he said.

“We are equally thankful to His Excellency’s effort and support, by allocating 100 hectares of land for our new Naval Base in the state.”

“We have already appointed the Acting Commander of the Base, who is Captain Muhammad Abubakar Alhassan. Who should, henceforth, be part of the security architecture of the state.”

The Chief of Naval Staff said when the Base becomes operational it would contribute to showcase the effort of the Nigerian Navy for keeping the nation as one indivisible nation.”

In his remarks, Governor Ganduje commended the Nigerian Navy for choosing Kano for their Conference.

“Your choice of Kano shows how confident you are concerning the security and safety of the state. It also tells others that Kano is safe, secured and peaceful.

“We are very grateful for the choice of Kano to have a Naval Base. This is highly instrumental. It gives us more and more courage to be above board in securing our dear state.

“The newly appointed acting Commander of your Naval Base in Kano, will now be part of our security architecture. He will always be invited for our routine security meetings,”Ganduje said.