An Indonesian court has sentenced former parliament speaker Setya Novanto to 15 years imprisonment for his involvement in a multimillion-dollar corruption case. Novanto was found guilty of receiving 7.3 million dollars in kickbacks for garnering parliamentary support for a 440-million-dollar government project to issue electronic ID cards. He was also ordered to pay a fine…”
Editor
News World News 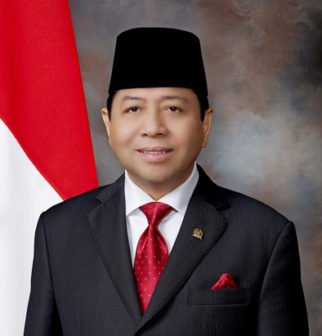 An Indonesian court has sentenced former parliament speaker Setya Novanto to 15 years imprisonment for his involvement in a multimillion-dollar corruption case.

Novanto was then the head of the Golkar party’s parliamentary faction. The ally of President Joko Widodo has denied any wrongdoing.

The seasoned politician was arrested in November by the country’s anti-corruption commission after evading questioning for weeks, claiming ill health.

Prosecutors had sought a 16-year prison sentence for Novanto and demanded that he be barred from holding public office for five years after release.

Novanto had initially ignored summons by the Corruption Eradication Commission (KPK) and evaded an arrest attempt in 2018 by disappearing for a day, before being taken to hospital for injuries apparently suffered in a car crash.

Investigators picked him up at the hospital after doctors certified that he was fit for questioning.

KPK said total losses to the state as a result of corruption in the ID card project are estimated at 2.3 trillion rupiah (172 million dollars).

Saudi Arabia: Women Can Drive But Are Still Restricted From…….