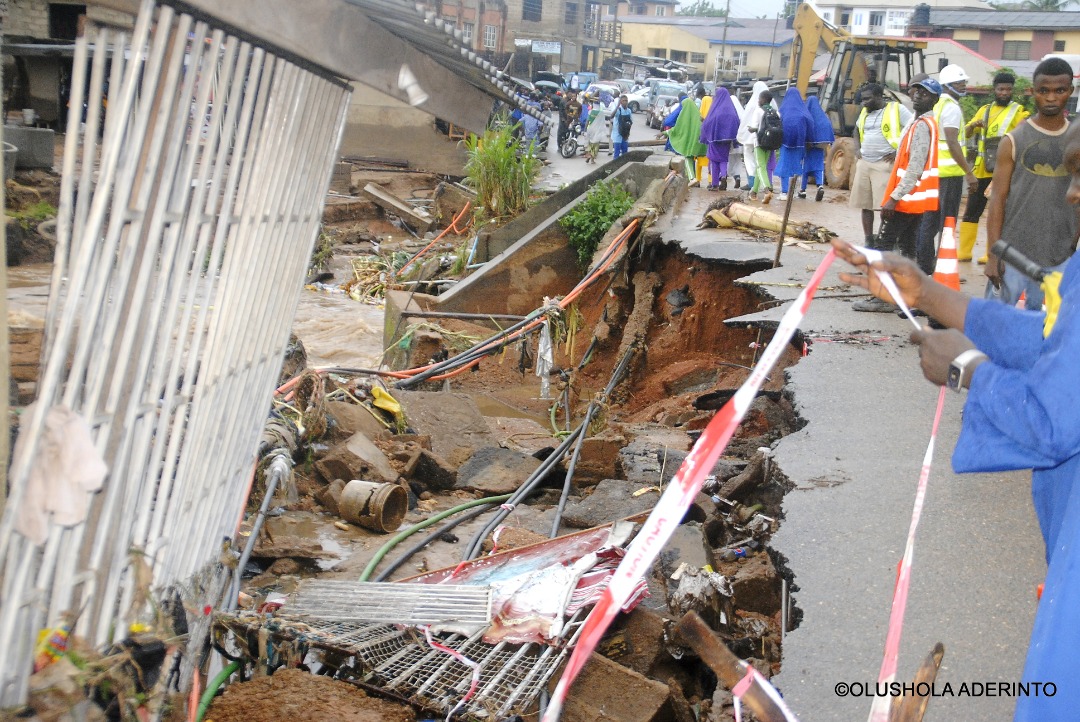 A commercial motorcyclist whose name has not been known was said to have been washed away by flood which emanated from a downpour on Tuesday evening in Osogbo, capital of the State of Osun.

The three-hour downpour started around 8 pm and lasted till around 11 pm.

The motorcyclist was said to have been swept away on his bike by the ravaging flood around Oke-Ijetu bridge, Osogbo.

The motorcycle was later found beside the bridge on Wednesday.

Chief Taiwo Agboola, the Community Leader (Baale) of Oke-Ijetu, said he could not confirm if the motorcyclist was alive as residents were still searching the river for his corpse.

Agboola lamented the failure of the government to dredge the river, noting that it has caused havoc in the area.

Also, the perimeter fence of the Government House, Oke-Fia, Osogbo was damaged by the flood.

A bridge at Awosuru (a community behind First bank, Fakunle area Osogbo) and a railway track at the area were also destroyed by the flood which sacked some communities in the state capital.

In a bid to cover-up the damaged fence from public knowledge, vehicles were restricted from accessing the Oke-Fia-Lameco road which leads to the Government House.

However, OSUN DEFENDER gathered that a temporary fence has been erected at the Government House.

When the medium visited the damaged bridge, some officials of the Ministry of Works and Transportation were seeing making effort to sand-fill part of the spots that were damaged.

Vehicles were also barred from plying the road. My Life In Danger Over Defection Of APC Members To PDP, Says ARAJ