Loving Vincent is the world’s first animated feature film painted by hand and already has over 4 million views in cinemas all over the world. The animation which is a first of his kind has 65,000 frames all in the distinct style of Vincent Van Gigh. The piece centers on his untimely death. The film was…”
Editor
Entertainment 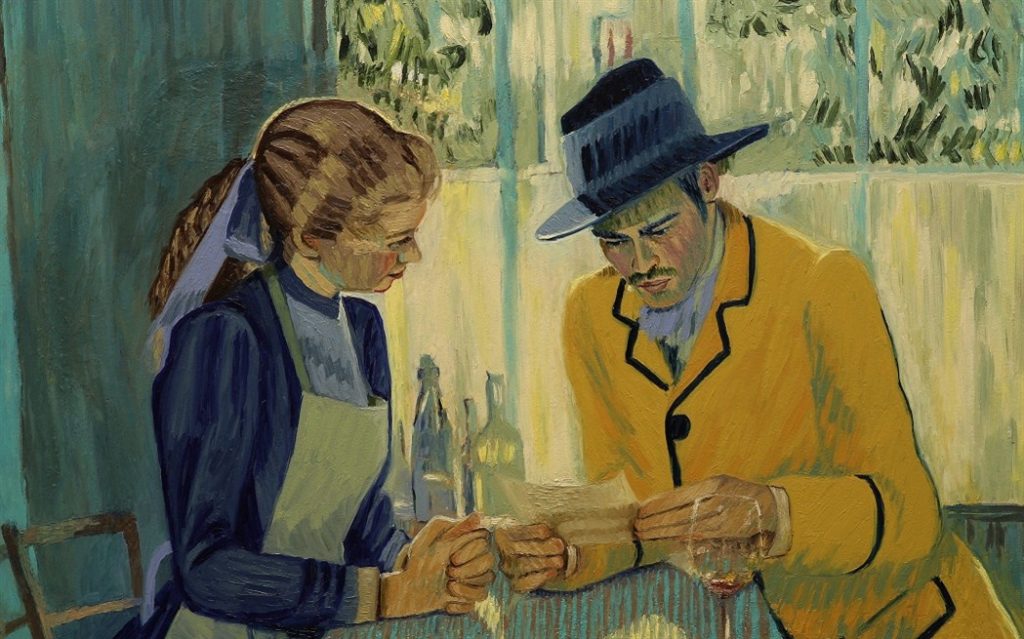 Loving Vincent is the world’s first animated feature film painted by hand and already has over 4 million views in cinemas all over the world.

The animation which is a first of his kind has 65,000 frames all in the distinct style of Vincent Van Gigh. The piece centers on his untimely death.

The film was shot on a shoestring budget of $5.5 million (4.5 million euros). That is 30 times less than Disney’s Coco, one of the film’s four Oscar rivals.

According to director Dorota Kobiela, Loving Vincent has been a seven-year labour of love combining her twin passions of cinema and painting.

“Van Gogh’s style was perfect for the project; his paintings show all the details of his life, his day-to-day habits, his house, his room, his friends,” Kobiela told AFP ahead of Sunday’s Oscar ceremonies in Los Angeles.

Kobiela and co-director Hugh Welchman already have one Oscar under their belt; their BreakThru Productions film company won an Academy Award in 2008 for the animated short Peter and the Wolf, based on the story and music by Sergei Prokofiev.

“We are the underdogs! In our category it’s normally dominated by Disney and Pixar but I have a feeling we might be one of the big upsets this year,” Welchman, who is also Kobiela’s husband, told AFP.

Revealing more on the making of the piece, after five years of pre-production, it took another two years for 125 artists from around the globe to bring the opus to life under Kobiela’s watchful eye.

Working in a massive studio in Poland’s Baltic port city of Gdansk, they based their oil paintings on scenes initially shot on film with actors.

The film includes representations of van Gogh’s most famous paintings such as The Starry Night.

Van Gogh, known for his bold colours and rough, vibrant painting style, is considered one of the most revolutionary painters of the 19th century.

Painting the 93-minute-long movie was a painstaking task.

“The pace of work was very slow, averaging a quarter of a second of the film a day,” said Kobiela, who spent seven years on the project.

A single second of the film represents an average of 12 hand-painted frames.

Each artist completed an average of six paintings a day, amounting to a half-second of the film for simple scenes.

But according to Kobiela, the quality of the hand-painted frames surpasses digital animation, making them well worth the extra effort.

“Often in animation, we have the problem that facial expressions are limited. But in oil painting, we can show even greater expression if the portrait is painted properly,” she told AFP.

Loving Vincent explores both van Gogh’s works and his death, widely regarded as a suicide, from a gunshot wound.

Based on an original script by Pole Jacek Dehnel, the film follows Armand Roulin, the son of the postman from Arles who was the subject of several of van Gogh’s paintings.

Doubting van Gogh committed suicide, Armand travels to Paris to find out more about his death.

The artist was only 37 when he died after suffering frequent bouts of mental illness including the infamous episode in which he sliced off part of his left ear.

Five million people have already seen Loving Vincent in cinemas across the globe.

Its makers are already thinking about their next project, which could be a horror film based on the disturbing canvases of Spanish painter Francisco Goya.

Kevin Hart Pays Dwayne “The Rock” Johnson Back In Full