Yusuf Oketola THE Executive Vice Chairman and Chief Executive of the National Agency for Science and Engineering Infrastructure (NASENI), Prof. Mohammad Sani Haruna, has hinted plans by the Federal Government to establish three industrial parks in Nigeria. Haruna said about N3.250 billion had been earmarked for the first phase of the parks which will…”
Yusuf
featured News Osun 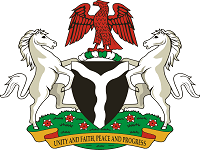 THE Executive Vice Chairman and Chief Executive of the National Agency for Science and Engineering Infrastructure (NASENI), Prof. Mohammad Sani Haruna, has hinted plans by the Federal Government to establish three industrial parks in Nigeria.

Haruna said about N3.250 billion had been earmarked for the first phase of the parks which will be located in Osogbo, Capital of the State of Osun, Nnewi (Anambra State) and Igabi (Kaduna State).

He also said the centre of NASENI Helicopter project of assembly and first made in Nigeria helicopter is being relocated to Aeronautics and Air Vehicle Development Institute (AAVDI) in Kaduna.

Haruna made the disclosures when he paid a courtesy call on the Commandant of the Nigerian Air Force Institute of Technology, Kaduna on Monday.

He said, “The Federal Government of Nigeria has planned to develop industrial parks for the automotive sectors in three zones of the country: Nnewi (Anambra State) Osogbo (Osun State) and Igabi (Kaduna State).

“Once fully taken up and equipped, the automotive park will be self-sustaining and a government revenue source.

“In the first phase of the project, the Federal Ministry of Finance, Budget and National Planning has earmarked N3,250,000,000 for takeoff and we appreciate the honourable minister for the commitment and interest to the project.

“We are equally grateful to Malam Nasir El-Rufai, the Executive Governor of Kaduna State for the allocation of 50 Hectares of land and his Excellency’s magnanimity for granting waivers of all statutory fees for the title of the land.”

The executive Vice Chairman explained in detail the objectives behind the industrial parks, saying: “The project initiative is in line with the concept of the Federal Ministry of Industry, Trade and Investment which initially proposed establishing the Automotive Supplier Industrial Park (ASIP) in these three locations in the country for technology evolution in the automotive sector.

“This is in line with the mandate of NASENI for provision and development of primary and intermediate capital projects required for machine and equipment design, fabrication, and mass production, in order to provide the enabling environment for sustainable industrialization of the country.

“The project is being supervised for NASENI by the Hydraulic Equipment Development Institute (HEDI) Kano, an institute of NASENI for the Agency.

“The project is intended to unlock the opportunities in the auto sector as well as potentials in the manufacturing industry with a view of creating employment, skilled labour in this region and sub-Saharan Africa. It will earn foreign exchange for the country and stop importation of vehicle spare parts.

“Major vehicle manufacturers from different countries have indicated interest to operate from this facility. It is also intended to provide the Nigerian Army Vehicle Manufacturing Company with the necessary support in the production of armoured vehicles.

“Completion of phase one of the project within the next few weeks will enable commissioning and commencement of operation which can run concurrently with development works in phase two of the project.”