The Minister of Women Affairs, Mrs Pauline Tallen, has revealed that Nigerian government has gone tough on sexual offenders by convicting 110 offenders. Tallen told the News Agency of Nigeria (NAN) in New York that the federal government is committed to the implementation of the Sex Offender Register to protect girls and women from sexual…”
Olamide
Crime News 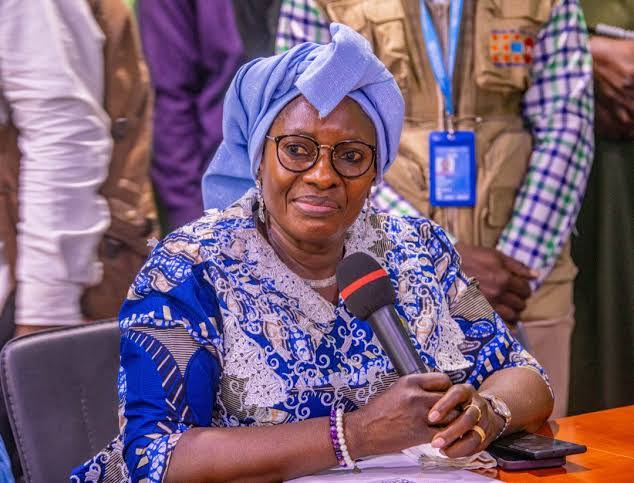 The Minister of Women Affairs, Mrs Pauline Tallen, has revealed that Nigerian government has gone tough on sexual offenders by convicting 110 offenders.

Tallen told the News Agency of Nigeria (NAN) in New York that the federal government is committed to the implementation of the Sex Offender Register to protect girls and women from sexual abuse in Nigeria.

The minister spoke on the sideline of the ongoing 66th Session of the Commission on the Status of Women (CSW) at UN headquarters.

“As of February, Nigeria has recorded 646 cases reported, 110 convicted and 327 cases are still in Court.

“The violence Against Persons Prohibition Act 2015, provides that a register of convicted sexual offenders shall be maintained and accessible to the public.

“The implication of this is that individuals are able to know just who they interact and associate with,’’ she said.

According to her, the Sex Offenders Register is domiciled with the National Agency for the Prohibition in Persons (NAPTIP) and there are two other sexual offenders register in Lagos and Ekiti.

Tallen said the Ministry of Women Affairs would not aid any offender as the register is made public to everyone and can be accessed.

“Any organisation that needs it will need to inform NAPTIP by writing for background check on the employee.

”Some organisations may also want to know if there are reported cases of sexual offences against a person even if the person has not been convicted to help the organisation take an informed decision,’ she said.

On budgeting to address Gender Based Violence (GBV), the minister said the 2022 budget had been designed to be gender-responsive as Ministries Departments and Agencies (MDAs) had been mandated to factor in gender issues in their budget preparation.

“What this means is that the recently approved paternity leave for civil servants will be captured in the 2022 budget among other gender-responsive issues the MDAs will consider to include in the budget.

“In past budgets, travel and training provisions capture more men than women also most MDAs do have crèche for nursing mothers who are expected to resume work while tending to their infants.

“This is also the first in our history, where MDAs were clearly advised on gender-responsive budgeting.

“It is hoped that this decision by the President will form part of critical steps in our efforts to distribute resources fairly and reach vulnerable groups of our society,” she said.

In addition, Tallen revealed that since the last CSW, the role and status of women in Nigeria had continued to evolve, adding that women were playing major roles in social and economic activities.

The minister, however, noted that division of labour was still along gender lines, and women control such occupations as food processing, mat weaving, pottery making, and cooking

”Land is communally owned, and women have access to it through their husbands or parents. More recently however, women are procuring land for their use in their names.

“Women are also central to trade and have enormous opportunities for accumulating wealth and acquiring titles,’’ she said.

In addition, Tallen said women were not as docile or powerless as contemporary literature tends to portray them in politics.
Read Also Osun Govt Rejects Posting Of Corps Members At Ministry, Agencies

“This is because the private and public arenas are intertwined, a woman’s ability to control resources and people in a household is at the same time an exercise in public power.

“The most powerful agency of change for the modern woman has been Nigeria’s formal education system, from which a large number of elite women have emerged.

“Intelligent, educated, and confident, they can be found in all leading occupations; they now challenge many aspects of patriarchy and are gradually organising to ensure that the political arena expands sufficiently to accommodate them,’’ she said. (NAN)

Just In: Our Nationwide Ward Congresses Will Hold as Scheduled – APC