By Yussuf Oketola A female corps member, Oladapo Atoyebi, who acquired a hectare of land for cucumber ​farming has received outstanding performance award for her entrepreneurship drive during the Batch B, June 2019 service year from the National Youth Service Corps (NYSC) in the State of Osun. Oladapo who hails from Oyo state was deployed…”
Yusuf
Osun 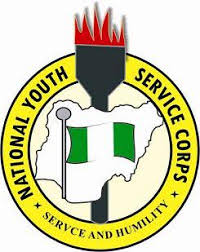 A female corps member, Oladapo Atoyebi, who acquired a hectare of land for cucumber
​farming has received outstanding performance award for her entrepreneurship drive during the Batch B, June 2019 service year from the National Youth Service Corps (NYSC) in the State of Osun.

Oladapo who hails from Oyo state was deployed to Osun for her one-year mandatory national service with her primary place of assignment at Ikoyi town, Isokan Local Government, of the state.

The NYSC commended Oladapo for exploring agriculture to create job for herself and other people, instead of looking and waiting for a white collar job.

The award was presented to Oladepo during the closing ceremony of the 2019 Batch ‘C’ Stream I orientation course at the NYSC permanent camp, Ede, on Monday.

In his remarks at the event, the Governor of the State of Osun, Mr Gboyega Oyetola declared that he has prioritize the security and general well-being of all residents of Osun, including the corps members serving in the state.

Represented by the Secretary to the State Government, Prince Wole Oyebamiji, Governor Oyetola called on the corps members to eschew ethnic prejudice and religious intolerance by being friendly with the people of their host communities.

He enjoined them to brace up to the nation’s challenges by impacting positively on the lives of the people and the society as well as key into the socio-economic  vision and development plan of the state by contributing their quota at all levels.

The closing ceremony completed the three weeks orientation course for 2,350 corps members deployed to the state for the mandatory one year service.

Delivering his speech, the state Coordinator of the NYSC, Adegoke Adewale, implored the corps members to make use of the skill acquisition and entrepreneur development programme acquired in the camp as empowerment tools.

Speaking further, she identified the “in-house training” while in camp as desideratum which can free them from seeking the scarce white-collar jobs.

He said, “NYSC management has gone a long way to ensure a brighter future for you after the service year by introducing Skill Acquisition and Entrepreneur Development Programme, to the service year programme to empower you to be self-reliant.”

“Therefore, I enjoined the corps members to believe that you will dissuade from roaming the streets looking for scarce white-collar jobs”. The state coordinator said.

The awardee while speaking with this medium disclosed that the Skill Acquisition and Entrepreneur Development (SAED), is the platform which opened her eyes, noting that she learnt the cucumber plantation during her three weeks orientation in the camp which she later put into use.

Oladapo stated that the dream came alive though the support of Ikoyi community leader who provided land for her.

“When I came to camp, I attended a programme called SAED. In the course of the programme, I chose Agro-allied and they told us about Cucumber farming. With the skills, on June 19, 2019, after camp, I ventured into cucumber farming and it is going well.”

While asked about her challenges, she said, “the challenges are not much because the people of the community support me. Even though when I go to my place of primary assignment, the people in the community monitor the farm on my behalf.”