OCSC Asks Oyetola To Dedicate Buses For Public Transport Move To Lessen Commuters’ Plight By Kolapo Azeez THE Osun Civil Societies Coalition (OCSC) has asked Governor Adegboyega Oyetola to bring back Omoluabi Scholar buses to be used for commercial transport in Osogbo, the capital of the State of Osun. According to the OCSC, bringing back…”
Yusuf
featured Osun 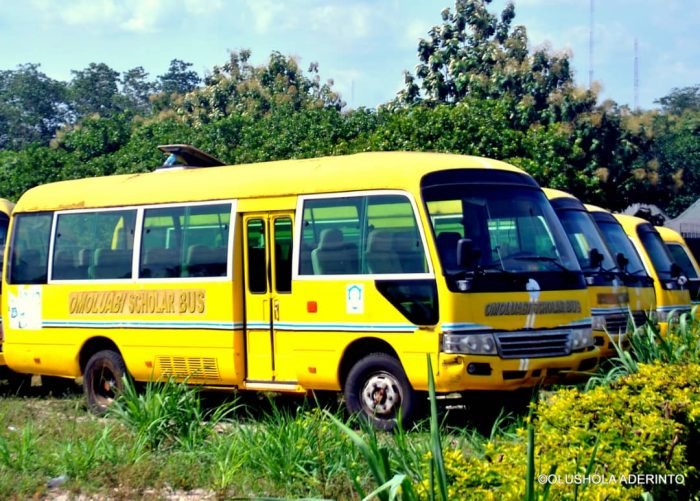 THE Osun Civil Societies Coalition (OCSC) has asked Governor Adegboyega Oyetola to bring back Omoluabi Scholar buses to be used for commercial transport in Osogbo, the capital of the State of Osun.

According to the OCSC, bringing back the Omoluabi scholar buses is a necessary step, following the increment in the transportation fare by mini-bus commercial transporters in the state capital.

The Omoluabi scholar buses were procured by the Ogbeni Rauf Aregbesola-led administration, meant to convey public school students to their various schools across the state.

But the buses have been abandoned and are currently parked at the premises of the State Ministry of Works and Transportation.

However, the Osun civil societies said the buses should be put on the road to cushion the effects of the increment in transport fare by the mini-bus drivers in the state.

The group, in a press statement made available to OSUN DEFENDER yesterday, said utilising the buses for public transport system will break the monopoly of the private sector operators in the transport industry and end the current culture of impunity.

The group said: “We remember that the State Government procured Omoluabi Scholar buses during the immediate past administration of Ogbeni Rauf Aregbesola and that the Federal Government of Nigeria during the regime of President Goodluck Jonathan gave some buses to states to cushion the effects of fuel price increase in 2012.

“The buses should be put to use with immediate effect with proper supervision by relevant stakeholders like representatives of the government, civil societies and relevant private sector operators.”

Condemning the increment in the transport fare by the mini bus drivers, the group said: “We believe that this act of impunity will bring untold hardship to the generality of residents of the state, some of who earn below N10,000 a month with  families of about six.”

The mini-bus commercial drivers had increased the price per drop from N50 to N100.

“I Wished I learnt Carpentry While Growing Up – Ag President Osinbajo