Osun State All Progressives Congress(APC) Chairman, Prince Gboyega Famodun, has hailed the judgements of the Election Tribunals that ordered rerun elections in Ede/Egbedore/Ejigbo Federal Constituency; Ede-North and Obokun state constituencies. The chairman also praised the judiciary for upholding the election result of Ifelodun State Constituency, saying that the development was a victory for democracy…”
Yusuf
featured Osun Politics 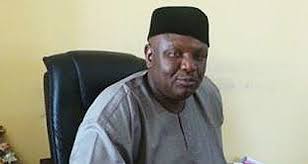 The chairman also praised the judiciary for upholding the election result of Ifelodun State Constituency, saying that the development was a victory for democracy which is being fully entrenched in the country’s polity.

Famodun in a statement through his Media Consultant, Kola Olabisi, in Osogbo today stated that the judiciary which is statutorily empowered to adjudicate on the issues has done its work dispassionately which is a clear indication that justice was served with diligence.

The party chairman hinted that his party wholeheartedly believes in the rule of law, adding that “it is the only pronouncement of the court that should be a guiding principle in any organised society”.

He said that “resorting to self-help on any knotty issue could not be said to be the hallmark of any law-abiding citizen but a ploy to direct invitation of anarchy which should be discouraged in its entirety”.

Famodun stated further that the various judgements were indicative of the fact that the faulted elections were fundamentally fraught with gross inadequacies at the designated units in dispute.

He said that he was grateful to God Almighty who always answers prayers, the APC legal teams for their professional doggedness, leaders and members of the APC across the state for their steadfast support during the tenure of the tribunals.

The Igbajo-born prince disclosed further that his mission would not be completed without acknowledging the efforts of spiritual leaders of the three major religions in Nigeria whose ceaseless prayer sessions on the election tribunal were not in vain.

He tasked the APC leaders and members in the designated areas for the rerun elections to continue to work in amity and restrategize with a view to coming out in flying colours during the rescheduled exercise.

Famodun promised that ” with the help of the  Almighty God, the state leadership of our party won’t fail to perform our required role for the success of our party during the rerun elections”.