Everyone Is Created A Master, …Be One!

Truth Of The Matter with AYEKOOTO A man should learn to detect and watch that gleam of light which flashes across his mind from within, more than the luster of the firmament of bards and sages. Yet he dismisses without notice his thought, because it is his. In every work of genius we recognize our own…”
Editor
Op-Ed 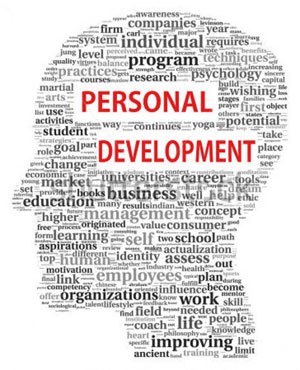 Truth Of The Matter with AYEKOOTO

A man should learn to detect and watch that gleam of light which flashes across his mind from within, more than the luster of the firmament of bards and sages. Yet he dismisses without notice his thought, because it is his. In every work of genius we recognize our own rejected thoughts; they come back to us with a certain alienated majesty

If all of us are born with an essentially similar brain, with more or less the same configuration and potential for mastery, why is it then that in history only a limited number of people seems to truly excel and realize this potential power? Certainly, in a practical sense, this is the most important question for us to answer.

The common explanation for a Mozart, a Leonard da Vinci, an Obafemi Awolowo, a Wole Soyinka, a co-founder of facebook, Mark Zuckerber, (a Gov. Rauf Aregbesola, if you like) etc, revolves around natural talent and brilliance. How else to account for their uncanny achievements except in terms of something they were born with? But thousands upon thousands of children display exceptional skill and talent in some field, yet relatively few of them ever amount to anything worthwhile, whereas those who are less brilliant in their youth can often attain much more. Wole Soyinka was reportedly below average as an undergraduate at Ibadan, yet he excelled in his chosen field. Same with Obafemi Awolowo who did not have a special laurel as a student, yet bestrode the political atmosphere of the western Nigeria like a colossus, both in theory and practice. A source close to Gov. Rauf’s roots stated that on prodding, the late mother pointedly stated that nothing special heralded his birth. He nonetheless turns a hugely disadvantaged situation around in the State.

The lives of Charles Darwin and his younger cousin, Sir Francis Galton typify the above. By all accounts, Galton was a super-genius with an exceptionally high IQ, quite a bit higher than Darwin’s (these are estimates done by experts years after the invention of the measurement). Galton was a boy wonder who went on to have an illustrious scientific career, but he never quite mastered any of the fields he went into. He was notoriously restless, as common with child prodigies.

But Darwins, by contrast, is rightly celebrated as the superior scientist, one of the few who has ever changed our view of life. Darwin himself admitted he was “ a very ordinary boy, rather below the common standard of intellect…I have no great quickness of memory or apprehension”

Robert Greene, an authority on this subject listed 20 lessons of mastery:

– Understand who you truly are, and what kind of vocation or career you are called to do.

– Commit to an apprenticeship, in which you undergo years of humble observation, skill acquisition, and experimentation.

– Revert to a feeling of inferiority, and possess deep humility and eagerness to learn from others.

– Move towards resistance and pains, let go of need for comfort/security, and cross the threshold, past the initial tedious stages of learning.

– After apprenticeship phase, you must become bold, confident, and willing to test out skills and make connections between different ideas.

– Learn to embrace criticism and failure, and be grateful for the opportunity to learn and improve as a result of your mistakes.

– Understand that there is an emotional component, not intellectual, that separates the true masters from others.

– Develop your social intelligence, and your ability to empathetically put yourself in another person’s shoes and see/understand things from his or her perspective.

– Move past the habitual tendency to judge others or idealize/demonize them, and simply observe them rather than projecting your own thoughts, emotions, or insecurities onto them.

– You must be wary of many peoples’ tendencies to display certain vices that could hinder your progress, such as: envy, conformism, rigidity, self-obsessiveness, laziness, flightiness, and passive aggression.

– Learn to speak through your work, and win others to your side of thinking by being patient and letting what you have done speak for itself.

– Try to see yourself as others see you, so that you can remain emotionally detached and try to improve upon your flaws and shortcomings.

– Suffer fools gladly, and don’t take criticism seriously or personally from people who don’t know what they’re talking about.

– Return to your childlike sense of wonder and endless curiosity about all things in order to stimulate your creative energy.

– Drop all preconceived notions about the world, and utilize the power of your imagination to the fullest.

– Always be open and receptive to new ideas that challenge conventionality, and don’t be afraid of thinking something that is unpopular.

– Love learning for its own sake, and connect a wide array of ideas from different fields of study and disciplines.

– Maintain a sense of destiny/purpose and feel consciously connected to it.

Transforming a Nation, One Woman at a Time By Chioma Dike

OBSERVATION: The Fall Of 360 Degrees