THE Economic and Financial Crimes Commission (EFCC) has begun the probe of the $16 billion power project of the administration of former President Olusegun Obasanjo. There had been conflicting figures on the exact cost of the project as some people put it at $16 billion while others say it is $13.8 billion. It was gathered…”
Yusuf
hero News 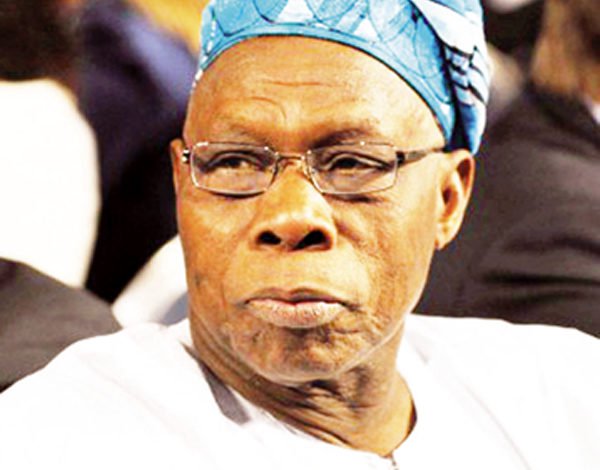 THE Economic and Financial Crimes Commission (EFCC) has begun the probe of the $16 billion power project of the administration of former President Olusegun Obasanjo.

There had been conflicting figures on the exact cost of the project as some people put it at $16 billion while others say it is $13.8 billion.

It was gathered last night that the anti-graft agency may arrest key contractors involved in the power project scam which extended beyond the Obasanjo administration into those of former Presidents Umaru Yar’Adua and Goodluck Jonathan.

It was also learnt that about 18 top former and serving public officers, including two ex-ministers, may be questioned.

Also likely to be interrogated by the EFCC are some top officials of the Central Bank of Nigeria (CBN).

Preliminary investigation revealed that Rockson Engineering Limited got a chunk of the contracts worth about $2 billion.

The findings revealed that the transactions involving the firms implicated in the power contracts were characterised by absence of due diligence.

A reliable source in the anti-graft commission said a team of crack detectives had been put in place to interrogate the people involved in the scam.

The source said: “The operatives of the EFCC have launched a massive investigation into the alleged $16 billion power scam between 2006 and 2011 just as concerted efforts are being made to recover the humongous funds allegedly diverted into private pockets by different firms involved in the power project.

“The whole power project is $16 billion and anchored on generation, transmission and distribution.

“The project is being handled by the Niger Delta Power Holding Company (NDPHC).

“It is instructive to note that the NDPHC belongs to the three tiers of government, namely the Federal Government, state and local governments.

“Investigators also discovered that most of the firms that secured contracts under the power project collected huge sums in naira and dollars but did not perform up to 30 per cent before abandoning the project.

“Incidentally, most of the payments took place during the regimes of former Presidents Olusegun Obasanjo, the late President Umaru Yar’Adua and Goodluck Jonathan.

“The first amount released from the Excess Crude Account was about $8.3 billion.”

Another source claimed that some of the contractors will soon be invited by the EFCC for interrogation.

The source said: “A team of crack detectives has been raised by the commission to get to the roots of the power deal. Some of the key contractors will soon be quizzed.

“One of the major contractors – Rockson Engineering Ltd- is being allegedly taken over by the Assets Management Corporation of Nigeria.

“From documents available to the commission, Rockson got four contracts and it received over $2 billion in the following tranches: $180 million; $220 million; $240 million and $480 million.

“These huge funds were released to Rockson for power generation alone.

“Investigation further revealed that despite the release of the above to Rockson, the firm was only able to execute 30 per cent of the construction.

“The firm also claimed that it imported certain materials since 2013 and lying in Onne Port without clearing.”

It was also gathered last night that the EFCC will look into alleged lapses by some top officials of the Central Bank of Nigeria (CBN).

The source added: “Lack of due diligence pervaded the transaction while certain officials of the CBN are under probe over certain regulatory flaws.

“Instead of opening Letter of Credit (LOC) in the name of the manufacturers of the equipment for the power project, operatives discovered that the LOC was opened in the name of Rockson.

“Investigation also revealed that instead of the LOC being put in place in Form M (tangibles and specific), the LOC was opened in Form A (intangibles like school fees, medical bills, etc).

An official in the media unit of the EFCC only said: “We will do everything to recover the huge funds and prosecute indicted officials accordingly.”

Investigation revealed that the EFCC might also review issues in the report of the House of Representatives Committee.

Many salient issues were raised for investigation by the House Committee, which was headed by Hon. Ndudi Elumelu.

The issues raised by the Elumelu Committee were as follows:

All NIPP payments were made without following Due Process

No meaningful progress was made in the execution of power contracts

NIPP contracts were not only overpriced in comparison with PHCN contracts, they were also wide off the mark

The Ndudi Elumelu Committee was put in place by the House on January 31, 2008 to look into how much was spent on power projects.

The committee recommended termination of 13 contracts and review of 10 projects.

About 15 contracting and consulting companies were asked to be investigated by the appropriate agencies.

The report reads in part: “From the oral and documentary evidence, it was clearly established that the total expenditure in the power sector during the period 1999-2007 was US$13, 278,937,409.94billion.

“Indeed, had the supplementary budget of the power sector in 2007 been implemented, the expenditure could then have been over $16billion reported by the Honourable Speaker of the House of Representatives.

“There is another US $1billion for PHCN capital projects awarded between 2000 and 2007, which have been captured in the 2008 Appropriation Act.

“Additionally, the total commitment of the NNPC and its Joint Venture partners(of which the Federal Government, through the NNPC has an average of 51% interest) towards  IPP power plants, gas sources development, gas transmission and metering of JV IPPs, PHCN power plants and NIPP power plants, according to the submission of the acting GMD of the NNPC is US$7billion, out of which about US$1.62billion has been expensed, leaving outstanding commitments of over US$5.5billion out of which the Federal Government will provide about US$3billion.

“Recognition of these unfunded commitments would bring the total (funded and unfunded) FGN expenditure commitments in the power sector to over US$24.5billion between 1999 and 2007.

“From the assessment done during the Committee’s tour of the project sites, it is safe to conclude that no meaningful progress was made in the execution of power contracts.

“It is curious and quite strange that officials rush to pay contractors in full even before engineering design for the projects have been completed and approved.

“NIPP contracts were not only overpriced in comparison with PHCN contracts, they are also wide off the mark when viewed against comparable power stations in several parts of the world.

“A comparable review of the cost of power installations in varied regions of the world such as South Korea, Saudi Arabia, U.S.A, Taiwan, Hong Kong, Mexico and Chile showed that $10billion could have built plants to produce between 5,000 to 6,000 MW of electricity. But this amount failed to do so in Nigeria.

“Unfortunately, all NIPP payments were made without following Due Process. In its place, a process called ‘Waiver of Due Process Certification for Payment’ was adopted in flagrant disregard of Due Process Policy, thus paving the way for dubious and highly risky payments to contractors and consultants by the Federal Government of Nigeria.

“The committee found hard and widespread evidence of systematic over scoping of projects in order to inflate costs both in PHCN and NIPP.

“The estimated aggregate cost inflation identified so far for transmission projects is over N20billion and this is recoverable from contractors.

“A clear example of project cost inflation is the proposed supply of 9No GE frame 9 gas turbines and auxiliaries at the cost of N185billion($1.55billion) awarded to Rockson International.

“In comparison, it is noteworthy that GE supplied 18No turbines of similar specification previously at about $404million, including cost of Technical Assistance (TA) services and Long-Term Service agreements (LTSA). The implicit cost inflation on the additional turbines and associated services exceeds $1.145billion.

“Another example is the costing of the so-called change-order provisions for Alaoji Power Plant (Phase I) at a highly-questionable amount of US$123million.

Regarding the funding of NIPP projects, the panel says: “The contracts were not funded from any Appropriation Act. What this means is that the National Assembly had no knowledge of the source of the funds of the NIPP projects. All the government functionaries who testified referred to what they termed Excess Crude Account as the source of funding.

“The Committee was not able to determine the level of involvement of the National Assembly in the decision to set up the Excess Crude account. What the committee established is that it was illegal and unconstitutional for such a fund to be established without legislative authorization. Sections 80(3 and 4) of the 1999 Constitution which states clearly.

On the role of the CBN, the panel’s report added: “The committee is perturbed by the failure of the CBN Governor to provide information in respect of Letters of Credit opened and where the money involving over $1billion has been kept all these years

“It is necessary to note that the Central Bank of Nigeria refused to provide the Committee with schedule of utilization and draw-downs on Letters of Credit as well as interest accrued on unutilized balances.

“The committee strongly believes that these monies might be on fixed deposit accounts with some banks.

“In view of the apparent unwillingness of the CBN to cooperate with the Committee in this matter or provide the Committee with a proper account of withdrawals from Excess Crude account, the balance on the account, where the monies in respect of the unutilized Letters of Credit are kept and interest that have accrued thereto, we recommend that the EFCC be invited to investigate the Office of the Accountant-General of the Federation and the Central Bank of Nigeria in respect of the above issues relating to Letters of Credit opened.