‘Don’t Struggle If You Are Raped’ By Lasisi Olagunju

“We are not here to kill but to take your land.” That coming from marauders is enough sense for any weak victim who wants to live. You don’t struggle with the powerful who is forcing himself on you.7 Governor Samuel Ortom of Benue State last week scheduled a mass burial for 26 victims of herders…”
Yusuf
Op-Ed 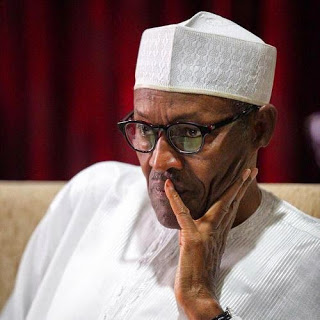 “We are not here to kill but to take your land.” That coming from marauders is enough sense for any weak victim who wants to live. You don’t struggle with the powerful who is forcing himself on you.7

Governor Samuel Ortom of Benue State last week scheduled a mass burial for 26 victims of herders violence. On Friday, he cancelled the burial and scurried to his unfurled blanket for some conjugal warmth. The living should bury their dead. On Saturday, former President Olusegun Obasanjo visited Benue with a bouquet of condolences. Governor Ortom was at the airport to receive him. President Muhammadu Buhari will be in that state today. He is also clutching some roses for the dead. Ortom will be available to receive him with flutes and drumbeats. For politicians, disasters such as we see in Benue are manure for growing personal ambitions.

The president was in Taraba. He was in Plateau too. Both have slabs bloodied by the failures of a nation. The president was there to mourn. Then he inaugurated projects and praised his own three years of prosperity. He did same in Nasarawa. The president shouldn’t have mixed project inspection and inauguration with delivery of condolences. There is time for dance and time to wail with the bereaved. When you give gun salutes at weddings, what would you display at the burial of the powerful?

There is an Island in Benue called Mbatoho. It has just been depopulated and repopulated. I watched hundreds of inhabitants of that place on television last week — displaced. Some privileged people asked them to vacate their ancestral land for them. They needed the space for their cattle business. “We’re not here to kill but to take your land,” they told them with magnanimity. The hosts did not bother to struggle with their guests. Because they were wise, home owners quietly left their bed chambers for the new lords of the land. The displaced are still out there – they cannot understand why they are outsiders in their own country. President Buhari may use this visit to inaugurate their shocked, lost, marooned presence in the state capital.

A Cable News Network (CNN) journalist in a recent report posed as a willing victim of human trafficking to Europe. She was shocked that the Nigerian trafficker asked her not to struggle if she was to be raped in Libya. She was shocked because she is not from here. Here, nothing shocks, riles or irritates the Nigerian. He lives with filth in public and private spaces. His hearth has embers of burning dirt; and his highways are gilded with refuse of greasy graft. Nigerians are long married to endurance. They stopped fighting when they realized there is profit in doing joint patrols with the devil. And that was a long time ago. Nothing is worth fighting against again. We stopped struggling against evil when we realized that every messiah is an aspiring Satan. We embraced acquiescence and the country became a miserable, wounded rape victim. The kind of live horror films Nigeria has been exposed to is enough to last till the end of time. The country and its inhabitants no longer feel pain. We accommodate and fete the enemy and his designs. Benue and that conquered Island are fitting metaphors for a nation lost.

Benue is the food basket of the nation — Or it used to be Nigeria’s food basket. There were tubers in their heaps, grains in their silos. They had yam in their barns. Now, from hiding, the Benue farmer watches his neighbours open his heaps and ridges and barns for their cattle. Nigeria failed the Benue farmer, laughed and took him for a land tiller without sense. The murdered villager in Zamfara, in the plateaus of the Middle Belt and Taraba, we failed him too. We were indifferent; like Nero, we fiddled and allowed the Romes of these helpless persons to burn. We stepped forward and made ten thousand heaps – watered with tears of injustice and iniquity. In our heaps we planted heads of the innocent in Taraba, in Benue, in Plateau, in Zamfara. So, why are we moving round, dancing, digging field to field? What smiles; what salute; what town hall briefings and meetings are we holding? Yam seeds must yield yam to feed the hungry; we complain of lack of fruity harvest. Skulls planted with swords won’t sprout and yield tubers of peace and prosperity and victory.  We watch our neighbours harvest yields of goodness. We harvest eerie fruits of years of unwellness.

Nigeria has become too impossible, too extreme to handle. It is diseased so much it can’t remember what good seasons mean. It is too wet during the rains; too dry in dry season. Before today’s visit to Benue, our president and lawmakers were in Ghana to celebrate that country’s 61st independence anniversary. At home, we stopped celebrating our own freedom years ago. Shame died long ago with our pride. With our own itchy fingers we made our giant become an ant. The freedom of 1960 has gone rancid. It expired in our dusty shelf and we know it. We say it is no longer safe to rejoice, march and sing our anthem on October 1. The celebrations we hold are sobbing reminders of paradise lost; and, yet, we promised security, peace, and prosperity. We promised change from loss to gains.

Every promise is an oath. An oath is a solemn promise. It often comes with an invocation of a divine witness to our actions or behaviours going forward. Here, electoral promises are vehicles of rape. Every president, every governor, every lawmaker inveigles the people for easy entry. He gets in and remembers that he lost his memory with the rigors of election. He no longer remembers the solemn promise to serve with all his strength, and to uphold the honour and glory of the nation. He forgets that he asked God to help him do good and justice to all manner of people, according to law, without fear or favour, affection or ill will. All he remembers are the security and wellbeing of his riches, of his harem of wives, of his children and of his concubines.

What is the name for that person who breaks promises as he makes them? An oath invokes a divine presence. That person who takes an oath and sneers at it as soon as he is done, do we call him godly? An oath that is broken at will, should we call that an oath? Can our lords in the legislature recast our oath of office if the problem is in the wording? Irresponsibility in leadership was a rarity before our baptism to the white man’s world. Leadership is a supply and demand balance sheet. It is privilege and luxury matched with responsibility and responsiveness. You can’t enjoy the supplies of privilege and repudiate the demands of morality. The oaths of the past were swords over the heads of the sovereign. Today’s oath is a mere set of lines recited without attention. We cannot take our leaders back to the past of thunder and lightning. They are now pious Muslims and Christians (who can’t spell piety). Can we then decaffeinate the fine brews of the past to enjoy our present in peace? Let’s have a mix of lightning, thunder and today’s faiths. Or we can simply supply divine curses in their subliminal form. The Anglican Church has a template for a willing tomorrow: “I promise and swear that by the grace of God, I will strive to be a good example to the people of God that I am appointed to serve. I swear that if I accept any teaching or doctrine contrary to the ones set forth by the Bishop or priest, after warning, I should be removed from this exalted position and my office given to another person.”

Privileged people fear losing their horses. Nigeria should have a secular version of that ecclesiastical oath. Every monster in leadership should have his place taken by a saner soul.

For Awo, It Is ‘An Endless Hallelujah’

Risk Management In Tax Administration: An Examination Of VAIDS Witholding Tax And Vat. By Suleiman Dikwa