Novak Djokovic can complete a stunning return to world number one at the Paris Masters this week as Rafael Nadal hits the comeback trail for the first time since limping out of the US Open. Roger Federer could also resurface in the French capital after a three-year absence, although the 20-time Grand Slam champion said…”
Yusuf
Sports 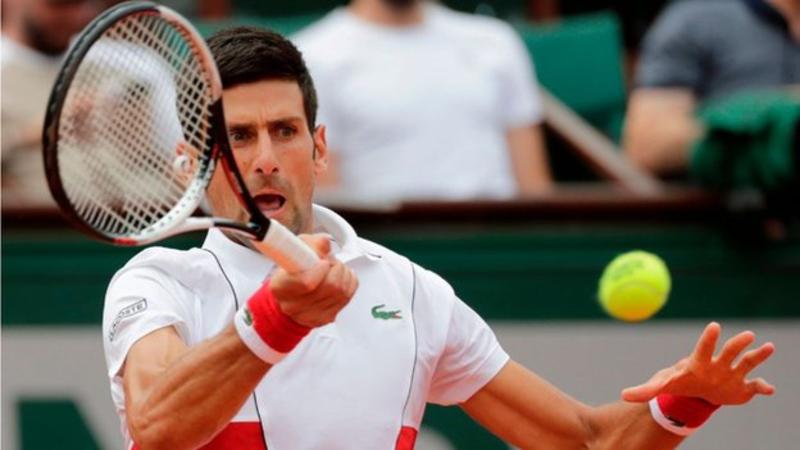 Novak Djokovic can complete a stunning return to world number one at the Paris Masters this week as Rafael Nadal hits the comeback trail for the first time since limping out of the US Open.

Roger Federer could also resurface in the French capital after a three-year absence, although the 20-time Grand Slam champion said a decision on his participation will be made on Tuesday.

The Swiss star won his 99th career title in Basel over the weekend but hasn’t played in Paris since 2015 due to a combination of injury and selective scheduling.

Djokovic also missed last year’s event as he dropped outside the top 10 for the first time in over a decade, but the Serb, who was lingering down at a ranking of 22nd as recently as June, arrives having won 27 of his last 28 matches.

“In both the US Open and Shanghai, I’ve played as good as ever,” said Djokovic, who claimed his 14th major championship in New York.

“So I really enjoy tennis at the moment and enjoy competing, because obviously when you’re winning that many matches you have a lot of confidence.”

However, it was just months ago that doubts were raised over his future following a dramatic decline as he battled to recover from a nagging elbow injury.

He underwent surgery after a fourth-round loss at this year’s Australian Open but admittedly rushed his return and suffered a series of early exits that knocked his confidence.

The 31-year-old though outlasted Nadal in an epic Wimbledon semi-final before sweeping Kevin Anderson aside to claim his first Grand Slam since the 2016 French Open.

He then completed a sweep of Masters victories by downing Federer to claim an elusive Cincinnati title.

“We are very, very pleased with what was achieved in the last four, five months,” said Djokovic. “And with Rafa’s injury and him not playing China and so forth, it put me in a position to be very close to him in rankings and to fight for a year-end No. 1.

“So of course right now I’m aware of it and I’m going to give my very best to try to achieve it.”

“I do think that I’m playing at my best at the moment and I always feel like I can improve, but I feel like this is a very high level,” he added.

Incumbent world number one Nadal has not played since a knee injury led to him retiring from his US Open semi-final against Juan Martin del Potro.

The Spaniard, for all his success at Roland Garros, has never lifted the trophy at the Paris Masters – his best showing came when he lost the 2007 final to David Nalbandian.

Nadal withdrew before his quarter-final last year, and he must match Djokovic’s performance to retain top spot going into the season-ending Tour Finals in London.

“I stop for a while after the US Open so then I started to practice slow step by step. And that’s it. Here I am. Happy to be here,” said Nadal.

“It’s nothing new for me. Something that happened in my career a couple of times. So more or less we know the process and we know the thing that works well for us, the things that don’t work well.

“This city so special for me. So that’s little bit more motivation to be here,” he added.

Marin Cilic and Dominic Thiem are in position to claim the remaining two London berths, with Kei Nishikori and 2016 Paris runner-up John Isner still with an outside chance of qualifying.

With 1,000 points to defend this week and 400 to drop off from London, defending champion Jack Sock faces crashing out of the top 100 if he loses in his opening match.

Di Maria: I Can Still Play For Barcelona Despite My Madrid Days

Tiger Woods Undergoes Back Surgery For The fourth Time