New reports by the World-renowned aviation experts say the disappearance of Malaysia Airlines flight MH370 in 2014 was a planned and deliberate criminal act. The Boeing 777 had 239 people on board when it vanished en route to Beijing from Kuala Lumpur on March 8,  2014. The plane was never found and what happened remains one of the world’s…”
Editor
News World News 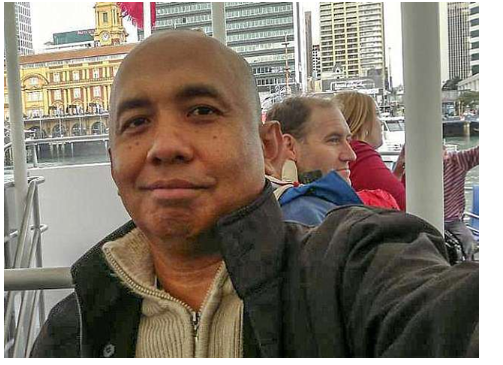 New reports by the World-renowned aviation experts say the disappearance of Malaysia Airlines flight MH370 in 2014 was a planned and deliberate criminal act.

The Boeing 777 had 239 people on board when it vanished en route to Beijing from Kuala Lumpur on March 8,  2014. The plane was never found and what happened remains one of the world’s greatest aviation mysteries.

They all agreed that the probability of it being an accident was “one in a trillion” and that pilot captain Zaharie Amad Shah brought down the plane intentionally.

“I think the general public can take comfort in the fact that there is a growing consensus on the plane’s final moments,” veteran air crash investigator Larry Vance told the program.

He believes the pilot “was killing himself” and took the aircraft to the most remote place possible so it would “disappear”.

“Unfortunately, he was [also] killing everybody else on board, and he did it deliberately,” Mr Vance said.

Former Australia Transport Safety Bureau head Martin Dolan added: “This was planned, this was deliberate, and it was done over an extended period of time.”

According to Simon Hardy, a Boeing 777 pilot and instructor, Captain Zaharie avoided detection of the plane by either Malaysian or Thai military radar by flying along the border, crossing in and out of each country’s airspace.

“As the aircraft went across Thailand and Malaysia, it runs down the border, which is wiggling underneath, meaning it’s going in and out of those two countries, which is where their jurisdictions are,” Mr Hardy said.

“So both of the controllers aren’t bothered about this mysterious aircraft. If you were commissioning me to do this operation and try and make a 777 disappear, I would do exactly the same thing. As far as I’m concerned, it’s very accurate flying because it did the job and we know, as a fact, that the military did not come and intercept the aircraft.”

After reconstructing MH370’s actual flight plan, Mr Hardy made a chilling discovery that the captain made an unexplained and strange turn to fly over his hometown of Penang.

He said: “So I spent a long time thinking for this about what this could be, what technical reason is there? And after two months of thinking about it, I finally got the answer – somebody was looking out the window. It might be a long, emotional goodbye or a short, emotional goodbye to his hometown.”

The missing Malaysia Airlines flight MH370 has not been found after 4 years. The largest search in aviation history was suspended in January last year. The Malaysian Government struck a deal with exploration firm Ocean Infinity to resume the search in an area north of the original zone, that scientists now believe is the likeliest crash site. The search restarted in January and is expected to end by mid-June.