The Sun Publishing Limited, publishers of The Sun Newspapers, has stated that yesterday’s invasion of its Lagos office premises by operatives of the Economic and Financial Crimes Commission (EFCC) was a personal vendetta by the leadership of the commission and a declaration of war on the media. Reacting to the incident in a statement on…”
Editor
News 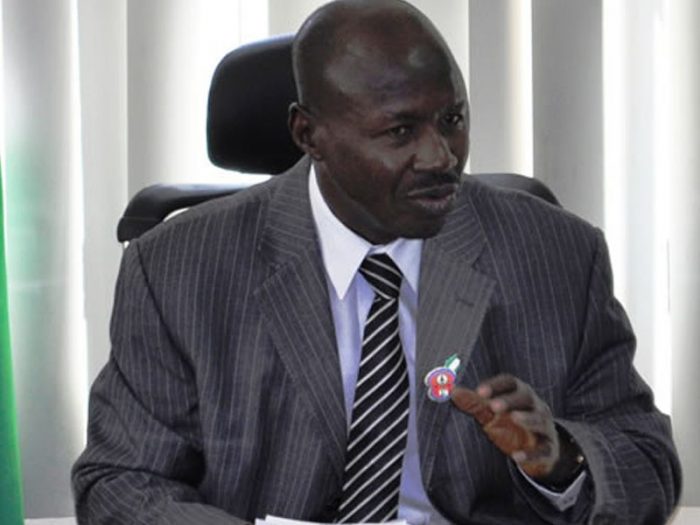 The Sun Publishing Limited, publishers of The Sun Newspapers, has stated that yesterday’s invasion of its Lagos office premises by operatives of the Economic and Financial Crimes Commission (EFCC) was a personal vendetta by the leadership of the commission and a declaration of war on the media.

Reacting to the incident in a statement on Monday, the newspaper alleged that the acting Chairman of the EFCC, Mr. Ibrahim Magu, used the invasion to muzzle and intimidate the newspaper in a bid to “call a dog a bad name and hang it”.

According to the statement, the EFCC operatives, who claimed to have “orders from above,” sealed up the premises of The Sun Publishing Limited and ordered the security personnel at the company to take them round the company premises at gunpoint.
The statement added that the operatives also prevented staff from either entering or leaving the premises, and disrupted circulation process.

“For one gruelling hour, EFCC operatives subjected our staff to crude intimidation, psychological and emotional trauma, even as some of the men accused our organisation of publishing pro-Biafra, Boko Haram and Niger Delta militant stories, as they surveyed our premises,” the statement said.
The newspaper recalled that in 2007, the EFCC had obtained an interim forfeiture order in respect of some assets of the newspaper attached to a suit against the publisher, Dr. Orji Uzor Kalu, for which the company had filed an appeal, which is still pending in court.

The statement further recalled that Magu had written a letter personally signed by him, dated May 23,  and received on the June 7, asking the newspaper management to report to the commission  on June 5, and also detailing the newspaper’s operations in the last 10 years, on account of an interim order of forfeiture under appeal.

“As a law abiding corporate citizen, our lawyer, Chief Chris Uche (SAN), wrote the commission to intimate the agency that the issue was pending before the Court of Appeal. The receipt of our correspondence was duly acknowledged. We were therefore shocked that our premises would be invaded by the commission under whatever guise. This is condemnable and reprehensible. No one, agency or authority, should be above the laws of our country. An abuse of the law is a recipe for chaos,” the statement added.

According to the statement, Magu had in an earlier letter threatened to sue the newspaper over a report published by one of its titles, pertaining to a report on investigation of a property allegedly traced to his wife.
The paper, however, added that it was yet to receive any court process.

The paper strongly condemned the onslaught against it, describing it as a personal vendetta by the leadership of the commission, and a declaration of war against the media.
It also challenged Magu to show where its stories have been different from other papers in the country and called on well-meaning citizens and relevant authorities to restrain Magu and his commission from taking the laws into their hands.

Meanwhile, the paper has asked the Abuja Division of the  Court of Appeal for an order restraining the anti-graft commission or its agents, servants, officers or anybody howsoever from further attempting to seal off its premises pending the hearing and determination of its appeal before the court.

In a motion on notice dated and filed on June 12, 2017, the company accused the EFCC of resorting to self-help by attempting to enforce an interim forfeiture order, which has been appealed upon.

The motion which was filed by counsel to the company, Chief Chris Uche (SAN), further drew the attention of the court to a pending motion for stay of execution of the ex-parte interim order of forfeiture.
Meanwhile, the Nigerian Union of Journalists (NUJ), Nigerian Guild of Editors (NGE) and a former Minister of Aviation, Mr. Femi Fani-Kayode, have condemned the invasion of the Lagos premises of The Sun Newspapers by operatives of EFCC.

The NUJ National President, Abdulwaheed Odusile, said there could be no valid explanation to the commission’s act of intimidation.
“The union regrets this violation of press freedom and freedom of journalists to work without being molested,” Odusile said in a statement.
“The EFCC will do well to unconditionally apologise for this untoward act in the interest of our democracy because the media remain the only voice of the masses.”

Also, the NGE, in a statement signed by its President, Funke Egbemode, described the move as shocking.
“The latest action of the EFCC on a newspaper house is a sad reminder of the dark years of military dictatorship and a deliberate effort to muzzle the press,” the statement read.

“As a statutory agency birthed by an Act of Parliament in a democracy, we had expected the EFCC to explore civil means of addressing perceived infraction by a critical stakeholder in the Nigerian democratic project.”
The former minister said he was not surprised by this development because that was the way this government had been behaving for the last two years.

He expressed surprised that Acting President Yemi Osinbajo, whom he has some respect for, could sit by and allow such things to happen under his watch.
However, the EFCC said its invasion of the headquarters of The Sun Newspaper in Lagos was part of routine efforts to ascertain the state of the assets of the publishing company which is subject of a subsisting interim forfeiture order.

In its response, the EFCC said its action was without prejudice to any appeal and only meant to verify the integrity of the assets.
“The commission still awaits the response of The Sun and will not be distracted by any attempt to whip up sentiments by alluding to an appeal which has been pending for ten years,” Uwujaren said.