The scandal that has rocked Chrisland School on Tuesday has made the school try to reassure the parents of their pupils that their children were in safe hands in the school. This is coming after a video was played in court as evidence showing a little girl confirming that she had been sexually abused by…”
Editor
News 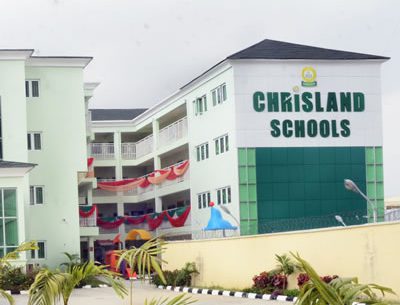 The scandal that has rocked Chrisland School on Tuesday has made the school try to reassure the parents of their pupils that their children were in safe hands in the school.

A video of the pupil in which she narrated how she was allegedly and serially defiled by Adenekan was played at an Ikeja Sexual Offences and Domestic Violence Court during the testimony of a clinical psychologist.

Chrisland School, however, on Feb. 13 in an email sent to parents of pupils of the school which was made available to the News Agency of Nigeria (NAN) noted that it has an untarnished reputation in its 40-year existence.

The school claimed that it had put in place measures to protect children and blamed the media for trying to tarnish its brand.

“Ours is an organisation with zero tolerance to abuse in whatever form and we have put in place structures and policies to ensure child protection in all our schools,” the email said.

Chrisland School clarified that the alleged incident took place at the Victoria Garden City (VGC) branch of the school and not the Lekki branch as reported in some quarters.

Throwing light on events that transpired in the case, the school said “It all started when a mother alleged that her daughter was molested.

“We were baffled that a mother could keep quiet and not notify the school or report it for two weeks.

“We also wondered why she left the child in the school for a month if indeed she was molested in the same school.”

Chrisland School claimed that it immediately set up a committee to investigate the allegation and reported the matter to the Ajah Police Station.

The school expressed doubts that the alleged defilement occurred on their premises noting that it had cooperated with the police, and the agencies involved in the case and had vowed to prosecute Adenekan if he was found guilty.

“The Lagos State Quality Assurance officers visited the school twice, interviewed many people including parents, staff and pupil and conducted an extensive investigation but nothing was found,” the email said.

The school further claimed that journalists who attended court proceedings and reported the trial were in “solidarity” with the child’s mother.

According to Chrisland School: “The issue erupted and took a fierce dimension when journalists who witnessed the court sitting last week in solidarity with the plaintiff who is a blogger started writing malicious stories (which are not a true picture of court proceedings) being circulated online.

“At the court proceedings, journalists were warned to be mindful of their stories since the matter is still in court.

“And is still an allegation until the accused is found guilty but they have continued with reckless abandon.”

Chrisland School alleged that journalists were paid to publish the allegedly malicious stories and there was a conspiracy against the brand of the school.

“We believe there is a conspiracy against the Chrisland brand and this is nothing but paid journalism.

“We pray that the good Lord will vindicate us.

“Please be assured that your children are in safe hands. We have successfully built a solid reputation over the last 40-years and we continue to stand for excellence,” the school said.

However this does not account for the expensive lawyer the school had gotten for the supervisor to defend him out of the rape case.