We are in the season again, when business leaders lock themselves in for several weeks planning for a new financial year. Managements and boards are doing retreats – reviewing business performance year-to-date of the outgoing year and making assumptions for the coming year. The intent is the creation of the company’s strategic imperatives and tactical…”
Editor
Economy Op-Ed 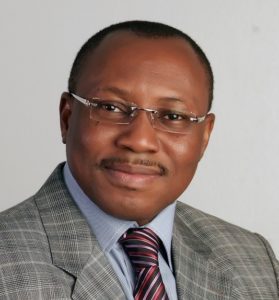 We are in the season again, when business leaders lock themselves in for several weeks planning for a new financial year. Managements and boards are doing retreats – reviewing business performance year-to-date of the outgoing year and making assumptions for the coming year. The intent is the creation of the company’s strategic imperatives and tactical initiatives, such that the company is commercially competitive and advantaged in the New Year.

So much rigour is often applied to this process that you wonder why several companies miss their plans despite this. Hardly would you come across a business leader who has not missed their plan at some point. Several reasons could be adduced:

(1) Ambitious targets: It’s good to have stretching targets as this often enables the delivery of extra-ordinary results. Furthermore, I agree with Jim Collins in saying “good is the enemy of great”, meaning it’s not good enough to be just good – you must seek greatness. That’s all fine. However, setting “impossible” goals does not help in building confidence as people easily give up if they perceive that the targets are unattainable. Besides, if the goals are too ambitious and all the ancillary activities are provided to support the over-ambition (such as hiring staff ahead of the curve, putting logistics infrastructure in place, etc), this could result in a double – whammy effect. Some leaders are “slave drivers” and sometimes consciously set unachievable targets so they don’t have to pay bonus. This should stop.

(2) Ambiguous plan: Many leaders can’t differentiate between strategy and actions. They call out strategies as their actions. Ambiguous plans most often show up in the form of long sentences that mean nothing – typically verbose and having no SMART deliverables. If the plan is vague, it delivers nothing. Be specific with the deliverables and simplify in a way that cascading to the operators or action-owners is easy. Someone said, “what is not simple is not easily understood and what is not understood, never gets done.”

(3) Anecdotal assumptions: If the assumptions made going into the year are ungrounded or based on false and faulty insights, the plan is certainly dead on arrival. It is true that you’ll never have all the facts you need for planning going into a New Year, and indeed the dynamism of the marketplace sometimes makes your assumptions obsolete even by the 5th day of the New Year. Notwithstanding, the onus to be as accurate as possible with the assumptions used for planning purposes rests squarely on the leader. You must learn to anticipate and give room for what may go wrong. If you sell drinks, for instance, and the weather has typically proved a barrier to optimum performance at certain periods of the year (say rains in June to Sept), don’t go into the New Year “hoping against hope” that there will be no rains. Don’t come back and offer excuses for non-performance on account of rains. Don’t box yourself into a corner.

(4) Aligning teams: Different managers come to the planning table with different “agendas.” Some are so fixated in their world that they fail to see the big picture. For such people, planning is really about “protecting their turf.” The budgets for X and Y activities must “sit” in their departments – irrespective of whether they have the expertise or indeed capacity to deliver the associated objective or not. I remember when I was serving in a multinational, where we had separate sales and marketing departments. The sales people in the various region offices across the country were pitching for inclusion and indeed responsibility for buying media for our various brands in their regions irrespective of the fact they didn’t understand brand marketing. For them, it was all about the “ego” of being responsible for everything in their territories, despite that their capability was actually in distribution and selling. As the organisation thought differently, and asked them to focus on their core areas, they were so frustrated, they subsequently became un-cooperative in their assigned tasks of generating local insights for the media buy. The “referee” (in this case, the leader) must blow the whistle at some point and align the team by classifying roles and responsibilities across the organisation even from the planning stage.

(5) Absence of people plan: Often times when we plan for numbers, we forget to plan for the people to deliver the numbers; no wonder many plans have “K-leg.” We don’t spend quality time during planning discussing succession road-mapping and/or employee engagement. At Guinness Ghana, several years ago, we measured value survey (VS) annually. This was a measure of how the employees rated their engagement with the company; which was itself a reflection of the leadership. I recall my leadership was woefully scored at 16 per cent in my first year. That meant 84 per cent of my staff were not engaged with my leadership, especially coming on the back of the merger between Guinness Ghana (Diageo) and Ghana Breweries (Heineken) in that country in 2005. When I up-scaled the focus on people during planning and execution the following year, we reported a record-breaking VS of 60 per cent. This prioritisation of the people agenda was instantly felt in our performance.

(6) Assessment of current state: The reason you run a historical perspective during planning is to have the context for determining the “ideal” plan for future years considering several, sometimes complex, factors. I have said it before, if you are able to run an effective C – S – S on your organisation, you are more than likely to have the right plan. The C- stands for “continue.” You need to determine what’s working well for the organisation that you must keep doing. The first S- stands for “stop.” There are certain things that are not working that the organisation must put a halt to. The other S is “start.” This relates to things that the dynamics in the environment have brought to the front burner or that competition is leveraging successfully or coming out of creative thinking by the team, which you must now start doing. In closing, I hear: “If you fail to plan, you inadvertently plan to fail.” Fine, but I would add that planning in itself does not necessarily guarantee no failure. Garbage in, garbage out. Plan well and create the bridge between plan and success.

Have a great week.

Notes On The ‘July Events’, By Edwin Madunagu