Cancer Of The Cervix: What Women Should Know

Everywhere, we see the consequences of neglect, be it corrupt governments, health hazard, abuse or death and accidents. Neglecting to take care of our health includes failing to provide sufficient supervision, nourishment, medical care or other needs for which the victim is helpless to provide for him/her/itself. The victim may be a child, physically or…”
Editor
News 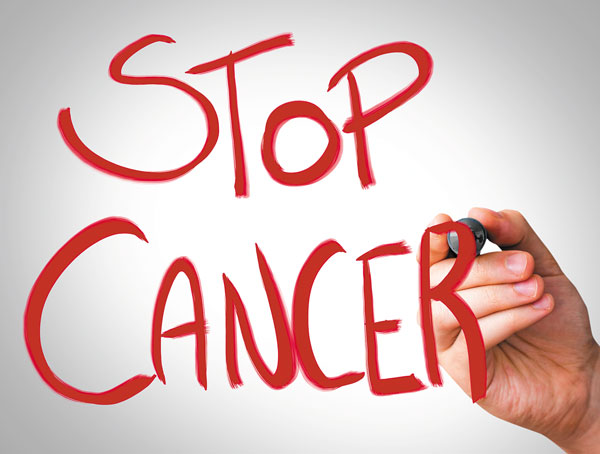 Everywhere, we see the consequences of neglect, be it corrupt governments, health hazard, abuse or death and accidents.

Neglecting to take care of our health includes failing to provide sufficient supervision, nourishment, medical care or other needs for which the victim is helpless to provide for him/her/itself.

The victim may be a child, physically or mentally disabled adult, animal, plant, or inanimate object. All are subjugated to one common thing which is ignorance/carelessness.

Cervical Cancer is the most common cancer affecting women in developing countries with highest incidence in parts of Africa and parts of South America. Approximately 500,000 new cases and deaths which amount to 250,000 are recorded each year. Around the world, one woman dies of cervical cancer every two minutes.

Women in developing countries are the worse affected as they suffer disproportionately from the burden of cervical cancer and account for over 80% of cases.

It is the most common cancer in women in Northern Nigeria (due in part to the practice of early marriage) second only to breast in the south.

If current trends continue, by the year 2050, there will be more than one million new cases of invasive cervical cancer annually.

Human Papilloma Virus (HPV) 16/ 18 / 45 / 31 are responsible for 80% of invasive cervical cancers worldwide. HPV is transmitted through sex, and it can cause an infection in the cervix (the neck of the womb).

This virus has a very high transformational effect on the epithelial cells of the cervix especially before the age of 18 years as this is the age where these cells undergo a transition to a more protective form of cell type.

Other risk factors include exposure to oral contraceptives for greater than 3-5 years and high parity.

The infection usually doesn’t last very long because your body can normally fight it, but an HPV infection can change cervix cells into pre-cancer cells.

Most cells with early pre-cancer changes go back to normal on their own and if detected can be treated. But if they are not found and treated, the pre-cancer cells can lead to cancer.

Cervical cancer screening is a method of preventing cancer by detecting and treating early abnormalities.

Early detection and treatment can prevent 75 per cent of cancers developing but, like other screening tests, it is not perfect.

A summary from the colposcopy units across tertiary health facilities in the country showed that only about 3,000 women were screened from 2005-2007.

The lack of policy on cervical cancer screening, public awareness, network formation, commitment from the government and communities and less operational research has mitigated on the overall success in Nigeria and Africa.

The decline in cervical cancer incidence and mortality in the developed world is attributed to successful mass cervical screening strategies.

Women between the ages of 15 and 44 are the most at risk for cervical cancer. Many of these women are mothers who will leave behind dependent children.

Although, there are no statistics specifically for Nigeria, it is estimated that about 21.5% of women in the general population of the West African sub region have been infected with Human Papilloma Virus (HPV) at a given time, which is a significant risk factor for cervical cancer.

Of all the cancers, cervical cancer is the only one that has both an effective vaccine and screening program that can prevent disease and death.

Sadly, none of these are available to Nigerian women apart from in projects by Society for Family Health (SFH) and others. In a country as wealthy as Nigeria, this cannot possibly be acceptable.

Governments of all levels must seat up and formulate policies that will help to mitigate thus health issue because,  “a stitch in time saves nine”.

While we build high speed trains, new airports and stadia, maybe it is time to refocus on the things that matter the most, the lives of Nigerian especially our women.

Poor, rural women, who make up the majority of cervical cancer victims, are particularly unable to access screening and testing services.

Furthermore, women who are screened often can’t complete treatment or follow-up, citing unawareness of the significance of their symptoms, bad medical advice, or economic problems as main barriers to completion.

Because of the painful and dehumanizing death associated with the disease, women with cervical cancer are sometimes considered a ‘nuisance,’ and are left to die alone.

We must raise our level of commitment to securing the lives of our women from the ravaging scourge of this near to total preventable Monster.