THROUGHOUT his campaigns, President Muhammadu Buhari did not hide his disdain for corruption. On the assumption of office, he was scandalised by revelations on the Nigerian Maritime Administration and Safety Agency (NIMASA). The image of the agency was that of the place to go for free cash. Revelations in courtrooms showed how people got money…”
Yusuf
News 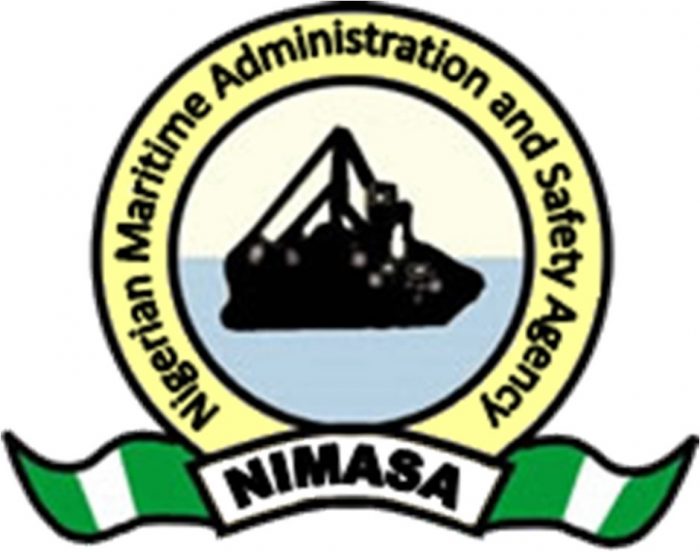 THROUGHOUT his campaigns, President Muhammadu Buhari did not hide his disdain for corruption. On the assumption of office, he was scandalised by revelations on the Nigerian Maritime Administration and Safety Agency (NIMASA). The image of the agency was that of the place to go for free cash. Revelations in courtrooms showed how people got money for work either not done or done halfway.

There were witnesses’ accounts showing inflation of contracts and all kinds of malfeasances. Public funds ended up being used for personal needs and greed.

Buhari gave Transportation Minister Rotimi Amaechi the directive to end the rot in NIMASA. The first step was the appointment of a director-general and a board to implement the president’s vision.

Dr. Dakuku Peterside, ex-local government chairman, ex-commissioner for works and ex-Chairman of House of Representatives Committee on Petroleum (Downstream), was appointed the Director-General and given the mandate to change the NIMASA narrative. He was appointed on March 10 last year.

On resumption, one of the first things Peterside noticed was an organisation with resourceful but unmotivated workers. To address this, the agency introduced a professional and leadership series to grow employees’ capacity. Promotion to Director cadre, which had not been done for over a decade, was carried out. Over 300 employees were promoted in the process.

The Peterside-led management came up with a three-year Medium-Term Strategic Growth Plan covering three years. This centres around his core mission at NIMASA which is to reform, restructure and reposition the agency for sustainable growth and development of the maritime industry.

The agency said: “In information driven age that we live in, access to information, definitely enhance operations of any maritime administration. Within six months in office, the Dakuku-led management has upgraded Nigeria’s subscription of the Lloyds list intelligence to a full bouquet which is beyond the previous capacity of the sea searches and this now guarantees unfettered access to current data in the maritime industry. This has improved on the volume and value of data available to Nigerian maritime stakeholders.”

The agency realised that there must be devolution of powers to its zonal offices. Until that was done, most operations at the agency were centralised. Matters, such as sailing certificates and payment of bills by stakeholders were coordinated from the head office in Lagos.

That, no doubt, was cumbersome and must have led to the loss of valuable business time and engendered less productivity. Its board recently approved the construction of new offices for the Eastern Zone in Port Harcourt and the central zone in Warri. This will make stakeholders able to begin and conclude transactions at the zonal level.

Devolution of powers has seen most zones now headed by substantive directors. This is to ensure that more responsibilities are carried out in the zones.

“This will also reduce time to do business with the agency, thus improving efficiency. In this era of online communication, a semi-autonomous zonal structure will surely enhance the operation of the agency,” a source told The Nation.

The agency is implementing wrecks removal, an initiative which has received wide commendations from industry player, Dr. Chris Asoluka.

Peterside said a marine notice had been issued that anyone who refused to comply with the notice should have his or her wrecks removed forcefully and might also face litigation. Wreck removal, he said, became inevitable to enhance efficiency.

“The Nairobi Convention provides for the process in which a ship can be declared a wreck; NIMASA as a law abiding agency had been following the law diligently and we will continue to do so,” the director-general said.

The International Maritime Organisation (IMO), in January last year, came up with the IMO Member State Audit Scheme (IMSAS), a scheme developed by the IMO to assess the extent to which a member state complies with its obligations.

Peterside saw the benefits in adhering to the scheme and in less than three months after he came into office, he enlisted NIMASA. When the audit was carried out, Nigeria was rated highly.

The manner the agency was run before Buhari took over also saw it losing face at the international maritime scene. For over half a decade, the country was not on the IMO Council. This saw it being relegated in international maritime politics. IMO is the United Nations (UN) specialised agency, responsible for the safety and security of shipping and prevention of marine pollution by ships.

Opening the conference, President Buhari said his administration would reposition NIMASA to play an effective role as a facilitator of economic prosperity by being a key driver in unlocking the huge potential in its ocean and seas.

He urged other African leaders to tap into the huge resources in their oceans to boost rapid economic development of the continent and provide tangible employment to its people.

Represented by Acting President Yemi Osinbajo, he said the opportunities in the vast oceans surrounding the continent must be harnessed to diversify its economy and participate fully in the international trade.

The President spoke of the need for other African countries to develop regulatory and legal framework ýthat would properly manage maritime resources and address the challenges facing the sector.

At the event, the new NIMASA brand, aimed at aligning it with other foremost maritime agencies in the world was unveiled. At the conference, the country’s chances of returning to Council at IMO at the Category C-level became a reality. Peterside also emerged the leader of maritime administrators in Africa.

The IMO Council comprises 40 countries which are selected in three categories – A, B and C. Category A consists of 10 countries with the largest interest in providing international shipping services, such as China, Greece, Italy, Japan, Norway, Panama, Republic of Korea, Russian Federation, United Kingdom and the United States of America.

In Category B are 10 countries with the largest interest in international seaborne trade, such as Argentina, Bangladesh, Brazil, Canada, France, Germany, India, Netherlands, Spain and Sweden.

Category C is made up of 20 countries “with special interests in maritime transport or navigation and whose election to the Council will ensure the representation of all major geographic areas of the world”.

The agency’s bid to improve its international rating got a boost when the U.S. Coast Guard (USCG) visited the country to ascertain the level of security at the Ports. NIMASA is the Designated Authority (DA) for the implementation of the International Ship and Port Facility Security (ISPS) Code in Nigeria in May 2013.

The ISPS Code is an amendment to the Safety of Life and Sea (SOLAS) Convention (1974/1988) on minimum security arrangements for ships, ports and government agencies. This code, which came to life in 2004, prescribes responsibilities to governments, shipping companies, shipboard personnel and personnel to detect security threats and take preventative measures.

Peterside, who described the USCG as the most valued partner in ensuring that the ports are safe for business, added that Nigeria places high premium on security issues, adding that the agency was leaving no stone unturned to achieve 100 per cent implementation of the ISPS Code in Nigeria.

He said: “There is absolutely no doubt that we are determined to get it right; we only need support, assistance and all the encouragement we can get. We are determined to work with the United States Coast Guard to get it right in order to ensure our ports are safe. Let me also reiterate that as a country, we appreciate the importance of getting security right at our ports, jetties and terminals and that we are committed to it.”

The delegation, which was led by Commander Thomas Foster, hailed NIMASA for its strides in ensuring safety at the ports. Foster expressed satisfaction with the infrastructural development of ISPS Code implementation in the ports.

He said: “It appears that the energy that NIMASA has at the ports is very tremendous, as seen in all the ports visited in Lagos. The level of compliance has tremendously improved compared to our last visit. I, therefore, assure NIMASA that we will continue to work closely to achieve a safer ports, jetties and terminals in Nigeria”.

Instructively, the Cabotage Law implementation has been given a breath of fresh air under Buhari. The Cabotage Vessel Financing Fund (CVFF). CVFF came into being with the promulgation of the Coastal and Inland Shipping Cabotage Act 2003. The fund was meant to help indigenous ship owners get capital to acquire vessels.

In the NIMASA under Buhari’s administration, abuse of waivers is being checked. A roadmap to realise the full potential of the CVFF is in the works.

Peterside added that the CVFF would only be disbursed to people that would put it into the use for which it is intended. He said applicants must have the requisite criteria as beneficiaries.

In March, the agency, through its Nigerian Seafarers Development Programme (NSDP), graduated 130 cadets from the Arab Academy for Science, Technology and Maritime Transport in Alexandria, Egypt. This feat increased the pool of seafarers in the sector to 1,045. This represents 42 per cent of the over 2,500 NIMASA-sponsored beneficiaries.

Peterside noted that NIMASA sponsored over 2,500 aspiring cadets to the best maritime institutions around the world, including Egypt, Romania, The Philippines, United Kingdom as well as India. 226 graduated from the Arab Academy in Egypt, 76 from South Tyneside, Newcastle in England and 743 from partner universities in The Philippines.

As the Buhari administration enters its third year, NIMASA is sure one of the agencies that analysts and others will keep a tab on. So, for the agency, this is no time to crawl but run.