As the Presidential Investigative Panel into the $43million cash recovered from an apartment in Ikoyi, Lagos, winds up its assignment later this week, there are indications that the National Intelligence Agency (NIA), which claims to own the money, kept President Muhammadu Buhari in the dark on its existence. The panel headed by Vice President Yemi…”
Editor
News 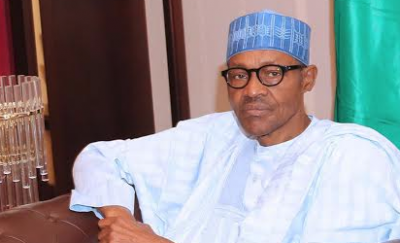 As the Presidential Investigative Panel into the $43million cash recovered from an apartment in Ikoyi, Lagos, winds up its assignment later this week, there are indications that the National Intelligence Agency (NIA), which claims to own the money, kept President Muhammadu Buhari in the dark on its existence.

The panel headed by Vice President Yemi Osinbajo is due to conclude its assignment on Wednesday, it was gathered last night.

It has already interrogated the suspended Director general of the agency, Mr. Ayo Oke and is now in possession of documents showing approval for the release of $289m and other funds to the  NIA and some security agencies by former President Goodluck Jonathan.

But the panel is not inviting Dr. Jonathan because of what sources said are certain security decisions within the Executive powers and discretion of a sitting president.

Besides, the committee is said to be only interested in tracking how the cash was sourced; how it was disbursed by the Central Bank of Nigeria (CBN); the projects it was used for; and what happened to what is left of it.

Oke was first grilled on Monday for about 10hours and on Tuesday for another two hours.

Also quizzed in respect of the money were heads of relevant government agencies including the Governor of the Central Bank of Nigeria, Godwin Emefiele and some staff of NIA.

A presidential source, who spoke on the condition of anonymity yesterday said that the Presidency was not aware of the existence of such the huge amount of money.

The source denied a report that the current National Security Adviser, Babagana Munguno, who is a member of the panel, was aware of its existence.

According to the source, Oke did not brief the NSA at all about the funds-$289m- or the projects they were meant for when the Buhari administration took office in May 2015, even though the money had been released in March the same year.

The NSA office, he said, only got to know of the existence of the money during the work of the Presidential committee that audited the Defence Equipment Procurement in the Armed Forces.

The Committee, he said, had observed certain payments from the CBN to the NIA and raised questions drawing the attention of the NSA.

When the suspended DG of the NIA discovered that that Committee was raising questions and to forestall the NSA from blowing the cover, the source said, Oke then gave a report to the NSA on the existence of the funds.

Even then, he reportedly told the Committee that its job did not cover the activities or the finances   of the NIA.

He said “The Presidential Committee on Audit of Defence Equipment Procurement, in the course of its assignment came across information that the NIA received a huge sum of money in early 2015 from the former President.

“Based on this, the NSA carried out a preliminary investigation during which the NIA claimed the money was released for some projects aimed at commencing the Agency’s 30th anniversary. This was in January 2017.

The source added that subsequently, a team was constituted to ascertain the situation.

He said that the first suspicion of a potential abuse was noticed at that stage, especially considering the amount of money involved and the purposes stated.

“This was how the NSA and the Presidency learnt of the existence of such funds. We were not told by anyone in NIA until the committee saw something, and raised a red flag,” the source said.

Besides, Oke did not inform anyone in the Federal Government or presidency that he kept $43m of the said funds in cash in a private apartment anywhere in Lagos or any part of the country, when compelled to explain what was happening.

Another top government official, who does not want his name in print as he was not authorized to speak on the matter, said: “This is the issue: the NSA was not told that NIA had this lump cash stashed away in the place it was eventually discovered by EFCC.

“In any case, extant rules are clear that such money ought only to be placed in the NIA headquarters or in CBN vaults.”

Stressing that there were also instances where CBN actually paid out some of the funds directly to some NIA contractors, the source queried why the suspended NIA boss needed to put aside such huge cash in a private apartment.

He said that the projects for which the former President approved the $289m included two in Lagos which total cost was about $28m.

As at January this year, the source said that funds for the Lagos projects had actually been released to the tune of $18m, meaning that only about $10m was left to be paid four months ago, before the $43m was found in the Lagos apartment recently.

He added: “So let us even assume that the NIA DG wanted to keep funds in Lagos for the Lagos based projects, he did not need that much for the total of the Lagos projects at all. And apart from that it is completely untenable to stash away agency money in a private apartment instead of keeping it with the CBN or inside the NIA head office where the money would be well-secured and its disbursement well protected. ”

Sources said yesterday that the panel is close to meeting the deadline given it.

“The task at hand is cumbersome because many officials were involved,” a source said.

He added: “In fact, in the last segment of its duties, the committee interacted with officials from the Central Bank of Nigeria and representatives of Julius Berger and other companies that executed projects for NIA.

“Some officials of Rholavision, which executed PINE projects, also appeared before the committee.

“Barring last minutes change of mind, the committee is likely to wind up its sitting on Wednesday. The Vice President, Prof. Yemi Osinbajo is working with his team to meet the deadline given by the President.”

Sources confirmed that the committee was is possession of documents indicating presidential approval for the release of release of $289m and other funds to the National Intelligence Agency( NIA) and some security agencies.

One source said: “The committee is to untie seven knotty issues on the $43.4million and the N200m PINE contract.

“Some of the issues are as follows:

*What informed ex-President Goodluck Jonathan’s approval of such huge funds to NIA and other security agencies in 2015?

*Where were the funds sourced from;

*How was the cash disbursed by the CBN;

* What projects were the funds used for; and

*What has happened to unspent funds?

*Were there infractions committed by SGF Lawal and NIA DG Oke?

“The committee has discovered some anomalies in the system bordering on extra-budgetary spending. It has a task to overhaul the system and make far-reaching recommendations.”

Apart from the $43m recovered at Osborne Towers in Lagos, the Osinbajo panel is also probing a N200m curious contract awarded by the Presidential Initiative on the North-East (PINE).

The panel was constituted on April 19 and given 14 days to complete its assignment.

Investigation suggested that the presidency may excise PINE from the Office of the Secretary to the Government of the Federation which is currently overseeing its activities.

“The issues in PINE are not limited to the over N200m weed cutting contract, we have the questionable allocation of N188.69 million for Nigerian refugees living in Minawao, Republic of Cameroon? and alleged squandering of N12billion budget,” another source said.

“The government may remove PINE from the control of the Office of the Secretary to the Government of the Federation (OSGF). It is becoming another ATM.”