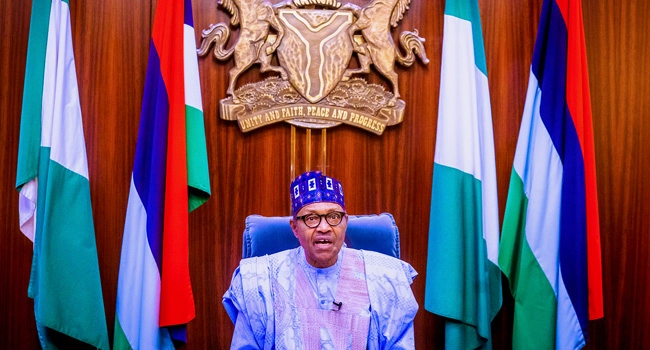 President Muhammadu Buhari has agreed to address the House of Representatives on the state of insecurity in the country, as requested by the lawmakers.

According to the Speaker of the House of Representatives, Honourable Femi Gbajabiamila, a date has been agreed on and it will be communicated soon.

He stated this on Wednesday, noting that the president is more concerned than most on the insecurity of the nation and will speak to the Nigerian people through their representatives soon.

“He was ever so ready to listen as is typical of Mr President, the usual democrat that he is and what we basically sought was to convey the resolution of the House and to fix a date which we did not fix out of respect for Mr President and his very tight schedule. We have agreed on a date and he will meet with the House to address the situation,” Gbajabiamila said.

“I think he is more concerned than me or you that’s all I can say. You know they say uneasy lies the head. We will leave everything till he comes to the House, so let me not pre-empt. The DS is here, the leader is hereto bear me witness. He (Buhari) is fully committed to security, live and property of Nigerians”.

The decision to summon President Buhari was taken at Tuesday’s plenary when the House considered a motion moved by members from Borno State on the recent massacre of 43 rice farmers in the state by Boko Haram insurgents.

The debate had earlier turned rowdy after the Speaker appealed that it would be inappropriate to invite the president to disclose the actions being taken towards handling the security situation in the country.

The Speaker had described it as counter-productive. But the House then went into an executive session to resolve the matter.

After the executive session which was held behind closed doors, the House resumed and Representative Ahmed Jaha who was one of the sponsors, moved an amendment to invite the President to brief on the security situation in the country.

His amendment was seconded and unanimously adopted.

Blasphemy: Prophet Muhammad Didn’t Kill Anyone For Insulting Him – Gumi