By Kehinde Ayantunji  Loyalists of the Former State Deputy Governor, Otunba Iyiola Omisore on Thursday burned the flags of the Peoples Democratic Party (PDP) at Omisore Campaign office, Gbongan/Ibadan Road, Osogbo. The action might have signaled the departure of Omisore from the PDP. Eyewitness at the party secretariat told OsunDefender reporter that, Former Special Adviser,…”
Yusuf
hero Osun Politics 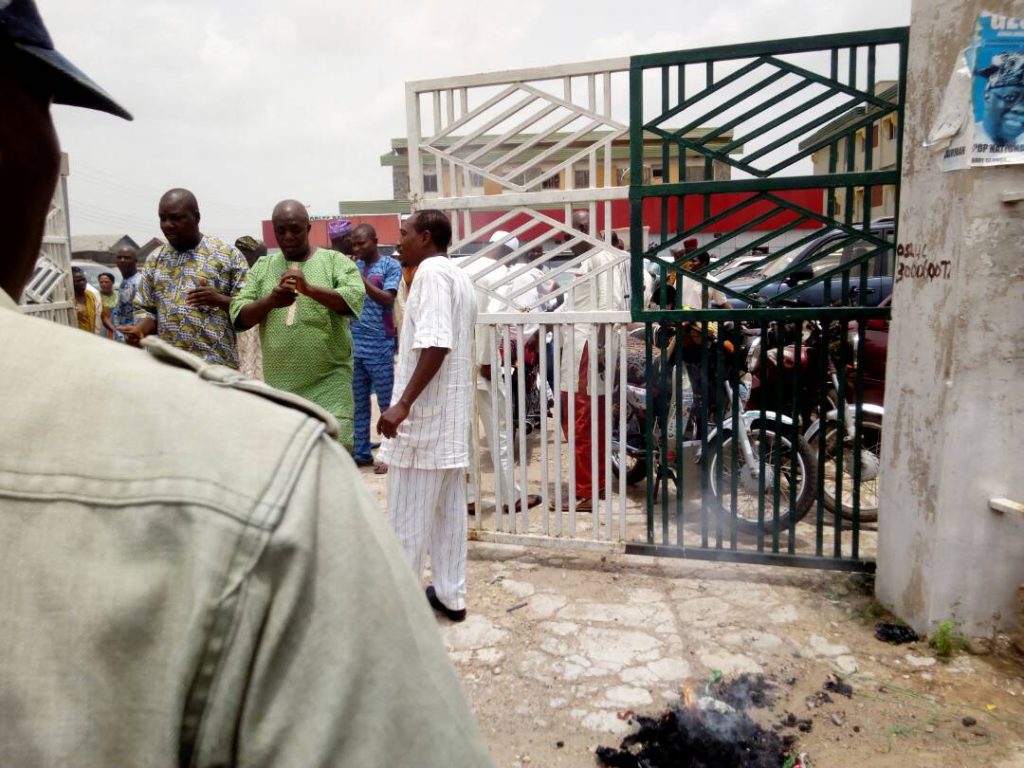 The action might have signaled the departure of Omisore from the PDP.

Adeniyi and five others are among those who are currently challenging the last month congress that produced Soji Adagunodo before an Abuja High Court. The flags burnt to ashes

Four PDP flags at the front of the campaign office was removed and bunt to ashes by the angry supporters of the former senator.

Omisore later arrived at the secretariat in 18 Passengers Toyota  Bus and moved in convoy to the major streets in Osogbo in a show of popularity.

However, the former deputy governor is yet to announce his new political platform as at the time of filling this report. Members of the Fafoirji group at the secretariat

After the action of the members which Senator Omisore was part of, the former deputy governor declined comments when was approached by newsmen.

A former member of the House of Representative who is the Director General of Faforiji group, Hon. Bade Falade in an interview said, “Today we called a meeting to purposely brief our people concerning the happenings in the party in the light of the congress that was conducted.

He stressed that, “there are have been court actions trying to establish a ward congress that was conducted and concluded in Osun State by Markafi before he departed and that base serves as an instrument during the national convention held in Abuja.”

The Leader of the Faforiji group opined that,”On the basis of the court action, we thought there is no need for ward congresses again but in the wisdom of the National Working Committee, they felt it was needed to conduct their own which they did. We did not participate in the congresses.

Falade said “We have come here today to breif our people about the issue because they have been restless since the congresses were held. We thought we could bring them together to let them know the state of affairs but before we uttered anything, they lowered all the flags and billboards were all destroyed.”

He however stated that the action taken by the the members is not from the instance of the Faforiji leaders “All the leaders from Faforiji’s group are still in PDP. Although our people might be aggressive but we will pacify them. By implication Senator Omisore has not exceeded PDP, he is till in PDP. We have litigation pending in some courts and nothing can be done until that is determined.”

One Killed As Police, Touts Clash Over Friend’s Death