BBNaija: Who Will Be The Last Man Standing?

We are getting to the end of the most talked about TV show Big Brother Naija house competition that has been on-going for the past few week, we have been through series of off and on relationships, heartbreaks, eviction of our favorite housemates, quarreling and making up and so many other issues. Currently we have…”
Editor
Entertainment 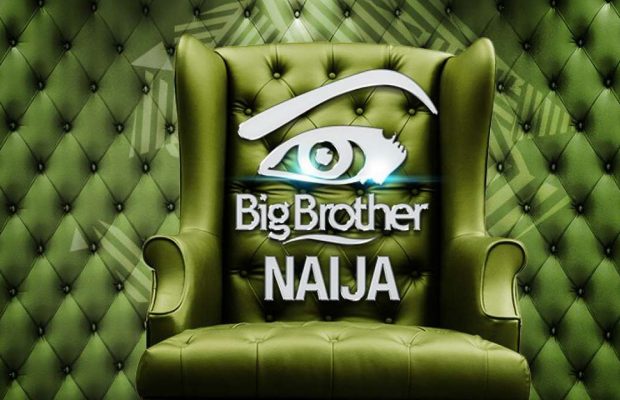 We are getting to the end of the most talked about TV show Big Brother Naija house competition that has been on-going for the past few week, we have been through series of off and on relationships, heartbreaks, eviction of our favorite housemates, quarreling and making up and so many other issues. Currently we have just 5 housemates left in the house out of 12 contestant that started the competition and everyone is running to be the ‘last man standing’, Thus the big question ‘who will be the winner’

Idowu Tokunbo aka tboss, One of strongest females in the house who people believe is like a venom once you come in contact with her your chances of getting evicted increases, Tboss started out like a weak contender for the grand prize when housemates like Efe, Bisola and even Thin Tall Tony became fans favorite. As each nomination week passed, and fans of Efe and the entertaining Bisola grew, Tboss became stronger. Most lovers of the show are becoming emotional without considering why Tboss survived every eviction weekend. Just like the case of the American President Donald Trump, reverse publicity has made her more famous.

In the build up to the 2016 American general election, Hilary Clinton’s team and supporters spent so much money and time criticizing Donald Trump who was obviously the weaker contender without highlighting Hilary’s strong point. They indirectly got people interested in Trump and we all know how that ended.

That same scenario is currently playing out in the Big Brother house as fans of the other house mates with stronger fan base kept attacking Tboss out of hate and indirectly making her popular. People got interested in Tboss and started giving her Sympathy votes. Every week she is nominated for eviction, every week she gets saved!As the show progressed, Tboss’s fans kept growing. Now, Tboss has made it to the final with strong contenders like Efe and Bisola. Like it or not, she has become a strong contender herself.

This last week will be very decisive because logically speaking, while Efe, Bisola and Marvis will be sharing votes, people like Tboss and Debbie Rise will be getting stronger fan base and more votes.Those thinking that the game is over for Tboss, will have to rethink because with her new level of popularity and survival mode, she is definitely a force to reckon with she may just end up winning the show.

Representing Jos, Plateau State is Efe . A Delta boy that was born and raised in Jos before he recently moved to Lagos where he is gradually working his way up to earn recognition and taking his music career to new heights. Efe is a graduate in Economics from the University of Jos, he enjoys cooking and is confident his easy-flowing attitude will help him win over Housemates’ plots.  Please lets Support this amazing personality.

The Warri-born housemate is most Nigerians’ favourite and has been tipped to win the prize money and the SUV. Michael Efe Ejeba, who is a graduate of Economics, won the hearts of Nigerians with his street flows and ‘based on logistics’ slang. He is also the only male among the top 5 housemates, and also the only housemate to win the head of house challenge twice.
He grew up in Jos, Plateau State. Where he spent the better part of his life and developed his talent. He has won the Payporte Arena Game the highest number of times.
Efe moved to Lagos for greener pastures after his youth service, and loves cooking and also has a crush on Marvis.

Debbie Rise
Debbie is a 27-year-old Computer Science graduate who majored in Graphics and Web Application Development from the Federal University of Technology, Yola.

Also known as Melanin Goddess, she emerged the first runner- up of the third season of the Nigerian Idols in 2013, and has been working her way to the top since then.
The Ogun State born housemate has performed at major events within and outside the country including

Felabration, Afropolitan Vibes at Freedom Park, the National Museum, Fotoplus Award night, Purple Account event powered by Wema Bank at Obafemi Awolowo University, Ile-Ife.
Debbie seem to be a top contender for the prize, as she has escaped eviction even when people thought she was on her way out of the show. She is generally criticized for her alleged low self esteem.

Bisola
Now seen as the most controversial housemate, is a mother of one. Earlier, she was caught up in romance with ex-housemate Thin Tall Tony and then Bally before their eviction. Bisola, who was a contestant in the Project Fame edition Iyanya won, won the last and final head of house challenge in the Big Brother Naija Reality TV show.
Bisola also works with a radio station, WFM 91.7. She has revealed before now that she was a spoilt child till age 8, when her then well-off family hit some major hurdles.
She had to move to rural Nigeria where she lived with cousins selling make up and she got another shot at the high life when she came fifth in a reality singing competition.
Bisola, is very talented, revealing her comic side and using her voice to charm her listeners on her radio show on Nigeria’s first Women’s radio station – WFM 91.7.
She is in the Nollywood industry, featuring in movies like “The Life Of A Nigerian Couple” and “Forever With Us.”

Marvis
Marvis is the Tomboy of the house.
She has a signature hairstyle and also eats garri more than any housemate on the show.
Marvis, a Rivers-born housemate and a graduate of Mass Communication, got her degree from Madonna University, Okija.
She has the royal blood flowing in her, and the 11th child out of 21 children.
Marvis has been single for quite some time, and revealed that she ended her last relationship because she could not keep up with the long distance romance.
The Onne born entertainer, also claims she has never gotten into physical fights, as her mouth fights all her battles.

Who will be winner?