Bayern Munich centre-back Jerome Boateng could join Paris Saint-Germain providing the price is right, the German giants’ chairman Karl-Heinz Rummenigge suggested on Wednesday. “There is no direct contact between the clubs at the moment, but there is contact between the agents, Jerome has two,” Rummenigge said in Philadelphia on Bayern’s tour of the USA. “Now,…”
Yusuf
Sports 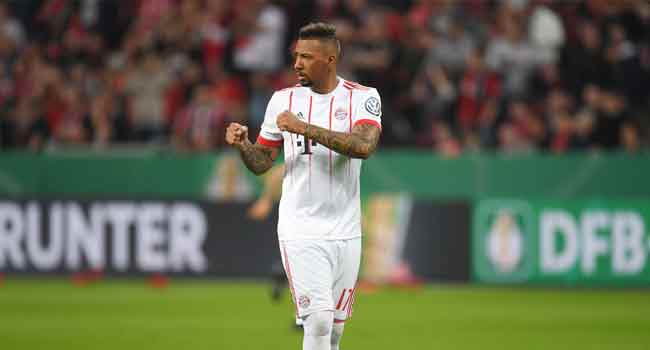 “Now, we have to wait and see if we can find a base at the end of the day to get together and need to find a compensation that is acceptable to both sides,” Rummenigge added.

PSG’s German coach Thomas Tuchel reportedly met with Boateng before the World Cup in May, according to magazine Sport Bild.

However, Bayern chairman Uli Hoeness said no formal approach has yet been made.

“If there was a concrete offer, I would have been informed. That is not the case at the moment,” said the Bayern boss.

He had a poor World Cup campaign after being sent off for two yellow cards in the last-gasp 2-1 win over Sweden and was suspended for the shock 2-0 defeat to South Korea, which confirmed Germany’s exit after the group stages.

However, the burly centre-back has hinted at his desire to leave Bayern, who are reportedly chasing Benjamin Pavard, Vfb Stuttgart’s French World Cup winner who can play right-back or centre-back.

“Basically, we have enough players in the position, both quantitatively and qualitatively,” said Rummenigge, in regards to Boateng, with Bayern centre-backs Mats Hummels and Niklas Suele both in the Germany squad.

However, the biggest stumbling block to a possible transfer for Boateng to Paris is likely to be UEFA’s financial fairplay rules, which forbids clubs from spending more than they earn.

In the last 12 months, French champions PSG, one of the world’s wealthiest clubs and owned by Qatari shareholders, bought Brazil star Neymar, for a world record 222 million euros from Barcelona, and Kylian Mbappe, for 180 million euros from Monaco.

Klopp Warns Barca, Coutinho Is Not For Sale

“Players are not Scared to Take Part in the Game”, NFF