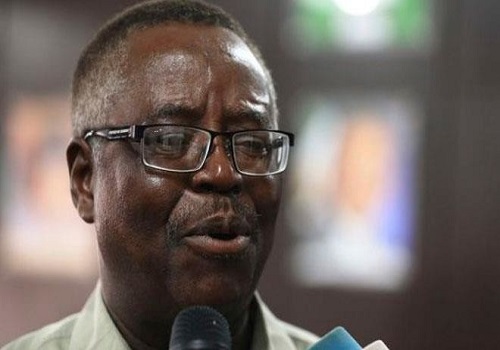 Attempt by one Martins Ugwu Okpe, who has been impersonating as a medical doctor to blackmail the country coordinator of the National Centre for Disease Control has met a brick wall and landed him in police net.

According to investigations, Martins Okpe, a fake medical doctor has for the past nine years been impersonating with the certificate of one Dr. George Davidson which he used in securing employment with the Federal Ministry of Health.

Apart from the impersonation, the fake medical doctor is said to be in the habit of blackmailing top government appointees, especially those he suspects to have skeletons in their cupboard to curry favours for himself. Luck however ran out on him when he tried to blackmail the NCDC Country Director, Prof Abdulsalam Nasidi.

Professor Abdulsalam is a physician with more than 32 years of experience in clinical medicine, public health, virology and the development of vaccines and biological products. He retired as a Director, Special Duties, in the Federal Ministry of Health and was later appointed the Country Coordinator, National Centre for Disease Control as well as the Acting Executive Director of the Economic Community of West African States (ECOWAS) Regional Surveillance and Disease Control Centre (RCDC).
Martins Okpe, the fake doctor posing as George Davidson, had approached Professor Abdulsalam requesting to share with him part of the fund committed to the containment of Ebola virus in Nigeria. His claim is that a certain percentage of the N1,992,548,500.00 (one billion, nine hundred and ninety-two thousand, five hundred forty eight thousand, naira) approved by the Federal Government for the fight against Ebola was embezzled by the Professor and some others, and so requested to share in the money or make it public.

Convinced that no such money was embezzled from the Ebola fund, Professor Abdulsalam called the bluff of the fake doctor and dared him to go public with his allegation. But Okpe, rather than reporting the alleged embezzlement to the appropriate authority petitioned the police alleging threat to life.

In the petition written on his behalf by the chambers of Festus Keyamo, Martins Okpe (George Davidson) claimed that he is being threatened and in deep fear of elimination from the face of earth together with members of his family by Professor Abdulsalam, Mr. John Akintunde, Dr. Obasanya Joshua, whom he claimed embezzled certain percentage of the 1,992,548,500.00 released by the FG for the fight against Ebola.

According to Police investigation, Martins Okpe (George Davidson) was a purported medical doctor who was in the employment of the Federal Ministry of Health for over nine years before he was discovered to be an imposter.

“That a careful scrutiny of the petitioner’s allegations could not reveal any fact to establish a case of threat to his life or any staff of the Federal Ministry of Health by Mr. John Akintunde Kahinde, Dr. Nasidi Abdusalam, Mr. Linus Awute and Dr. Obasanya Joshua but rather his claim of assault a desperate attempt to frustrate investigation of his alleged qualification as a Medical Doctor.”

The report further stated that; “the allegation of fraud levelled against the suspects couldn’t be substantiated and even the Independent Corrupt Practices and Other Related Offences Commission (ICPC) which equally investigated same allegation could not substantiate them.”

Furthermore, the Police hinted that rather the petitioner was; “able to fraudulently secure admission for a Professional Master’s Degree Progamme at the Nigeria Center for Disease Control tagged *Nigeria Field Epidemiology and Laboratory Training (NFELTP)which is a postgraduate program affiliated to the Ahmadu Bello University Zaria, with the connivance of Dr. Akin Oye Makinde, the coordinator of the program.”

“That copies of the academic records of the petitioner retrieved from the Faculty of Medicine of Ahmadu Bello University, Zaria contained a passport size photograph that bear no resemblance of him but that of one Dr. George Daniel Davidson on residency training at the Bingham University Teaching Hospital Jos, Plateau State.”

Exposing more on the fake Medical Doctor, the report further stated; “that Dr. George Daniel Davidson on residency training at the Bingham University Teaching Hospital Jos, Plateau State and the actual owner of the certificate being used by the petitioner revealed the true identity of the petitioner as Martins Ugwu Okpeh and not Dr. George Davidson as claimed.”

“The man with the true identity as Martins Ugwu Okpeh has confessed that he stole the certificate of Dr. George Daniel Davidson with which he used to secure employment with Federal Civil Service as a Medical Doctor and subsequently posted to Federal Ministry of Health Abuja in 2006.”

In the light of its findings, the police concluded that “Martins Ugwu Okpe’s allegation of threat to life and fraud against the suspects are false, misleading, malicious and a ploy to thwart investigation into his criminal activities by the Federal ministry of health. He has since been charged to court for stealing the Academic Credentials of r. George Davidson and impersonation in accordance with the law.

But while the police investigation as contained in its report has been able to establish the criminal activities of Martins Okpe, the fake doctor is unrelenting in his resolve to tarnish the image of Professor Abdulsalam. His new song is that he is been witch-hunted for blowing the whistle on the alleged embezzlement. Sources said he has vowed to bring down Professor Abdulsalam at all cost.

This medium learnt that some suspected assassins invaded the home of Professor Abdulsalam, located on Cairo Street in Wuse II, Abuja on the 25th July, 2017. The suspected assassins who came into the house at about 9pm same day however met the absence of the professor and left without taking any item from the house.

Although, there are no confirmation as to who may be responsible, sources said Martins Ugwu Okpe is the number one suspect as he is said to have been seen lurking around the home of the Professor days before the hoodlums came calling. A text message he also sent to the Professor on the 8th and 9th of July, 2017 asking the professor to sell his house to him is  suspicious evidence as to his involvement in the invasion of the assassins.

In one of the text message as contained in the document below, Martins Okpe (George Davidson), whose telephone number is quoted to be 09093639356 said to the Professor, “I want to buy your property in wuse 2. How much will you offer it to me? ASAP pls. Dr Davidson.”

Efforts to reach Mr Martins Okpe to get his own side of the story proved abortive as he is said to be in detention and facing criminal prosecution for stealing the Academic Credentials of Dr George Davidson and impersonation.

Below are documents of the police report on the investigation carried out on Martins Okpe (George Davidson), the letter from the Independent Corrupt Practices and Other Related Offences Commission (ICPC), exonerating Professor Abdulsalam and the print out of the text messages Martins Okpe sent to the Professor.

El-Rufai Sacks All Nurses In Kaduna