The Osun State Commissioner of Police, AIG Wale Olokode has ordered immediate investigation into the circumstances surrounding the killing of Babaloja of Ora Igbomina, Chief Oladepo Asaolu.   OSUN DEFENDER gathered that AIG Olokode sent some Pathologists to conduct autopsy on the remains of Chief Oladepo Asaolu who was killed by some suspected…”
Olamide
News Osun 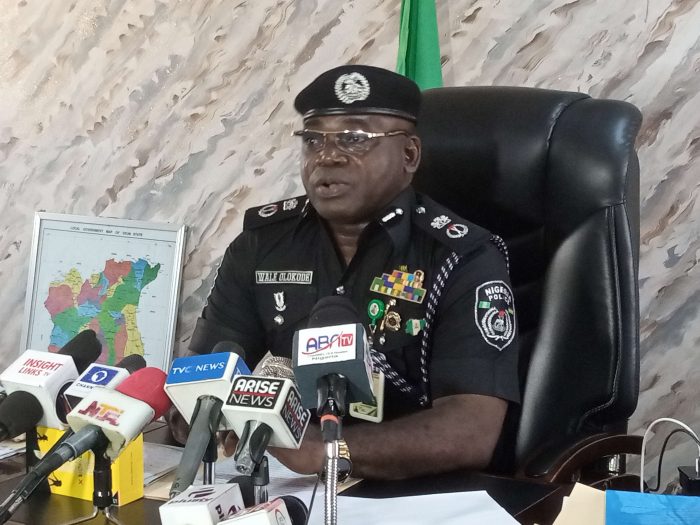 OSUN DEFENDER gathered that AIG Olokode sent some Pathologists to conduct autopsy on the remains of Chief Oladepo Asaolu who was killed by some suspected killers.

Recall that OSUN DEFENDER had earlier reported that Osun police arrested four suspects over the killing of the tridiagonal ruler.

It was learnt that a man simply identified as Sunday Johnson (A motor cyclist), who is a tenant to Chief Asaolu went to pick him up on 5th October 2022 around 5am that they were going to the farm.

Sunday Johnson and arranged for his (Asaolu) kidnapping, sold him for N1 million and was killed by his gangs in his farm at Akisa forest.

After the fourth day that they have been looking for him, the police caught him on Sunday, he confessed that they have killed the man as he took the police and detectives to the venue where they deposited the dead body.

“He Was Dogged And Committed To Nigeria’s Development,” President Buhari Mourns Kyari

Davido Congratulates Uncle, Ademola Adeleke, As He Receives His Certificate Of Return