Governor, State of Osun, Ogbeni Rauf Aregbesola on Friday described as shocking the unfortunate siege on Offa town by armed robbers. Aregbesola stated this during a condolence visit to the place of Olofa of Offa, Oba Muftau Gbadamosi. Aregbesola who described the incident as painful, said he has come to commiserate with the people of…”
Yusuf
hero Osun 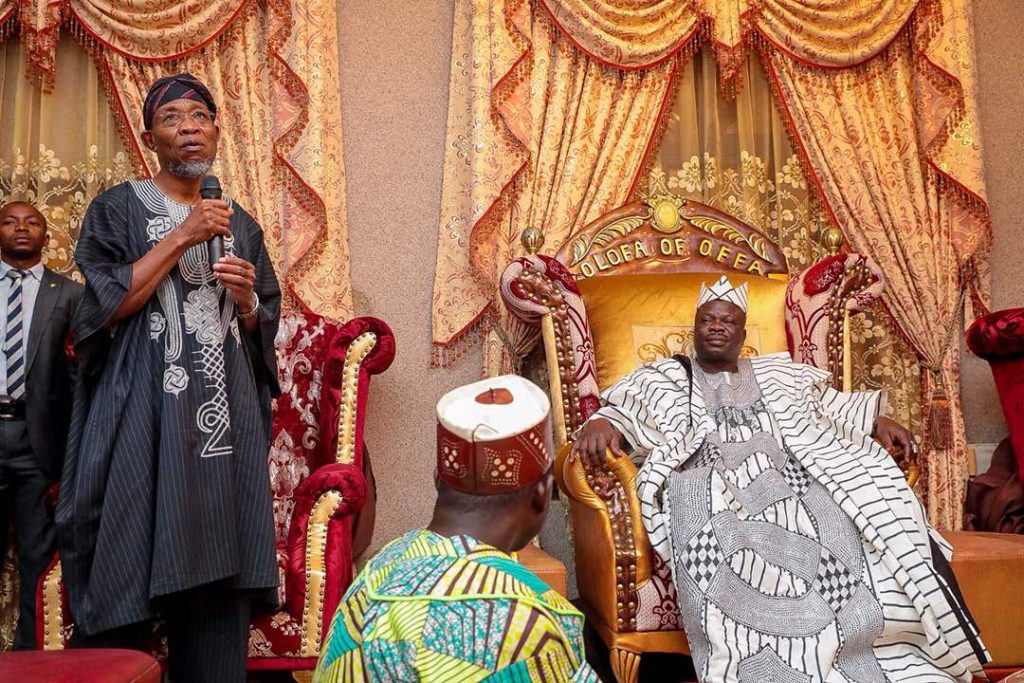 Aregbesola stated this during a condolence visit to the place of Olofa of Offa, Oba Muftau Gbadamosi.

The Governor while appealing to those who lost their loved ones to take solace in God, urged security agents to intensify efforts to bring the perpetrators of the dastardly act to book.

He said, “we have come to pay condolence to the people of Offa as one big family from Osun because you have always stood by us as a people.

“The people of Osun have come through us as a family to express our pain on the unfortunate incident. “As we are asking the security agents to quickly unravel the reason and the people behind this evil act, I am telling you that Osun people feel your pain”.

In an address, the Olofa of Offa, Oba Muftau Gbadamosi while expressing gratitude to Governor Aregbsola on the visit said the people of the ancient town has accepted the incident as God’s wish.

He urged governments at all levels to intensify efforts on the on going investigation so that the culprits will be brought to book as soon as possible.

“we have accepted the sad event in good faith and we believe that God will console us and put smiled on our faces again.

“It is good to know that the federal and kwara state governments have taken steps to beef up security around the entire state”. The royal father stated.

Ife Marathon: Vehicular Movement To Be Restricted On Major Roads On OAU Campus

Public Outcry Over Abandonment Of Freedom Park In Osogbo