Governor Rauf Aregbesola has been awarded as the Best Performing Governor in Nigeria’s Southern region. The award is from Nigeria’s foremost Business Oriented Newspaper, Business Day. Aregbesola also received an Award on the Best Social Investment and Social Protection. According to the organizers, the awards are in recognition of the new grounds the administration has…”
Yusuf
Osun 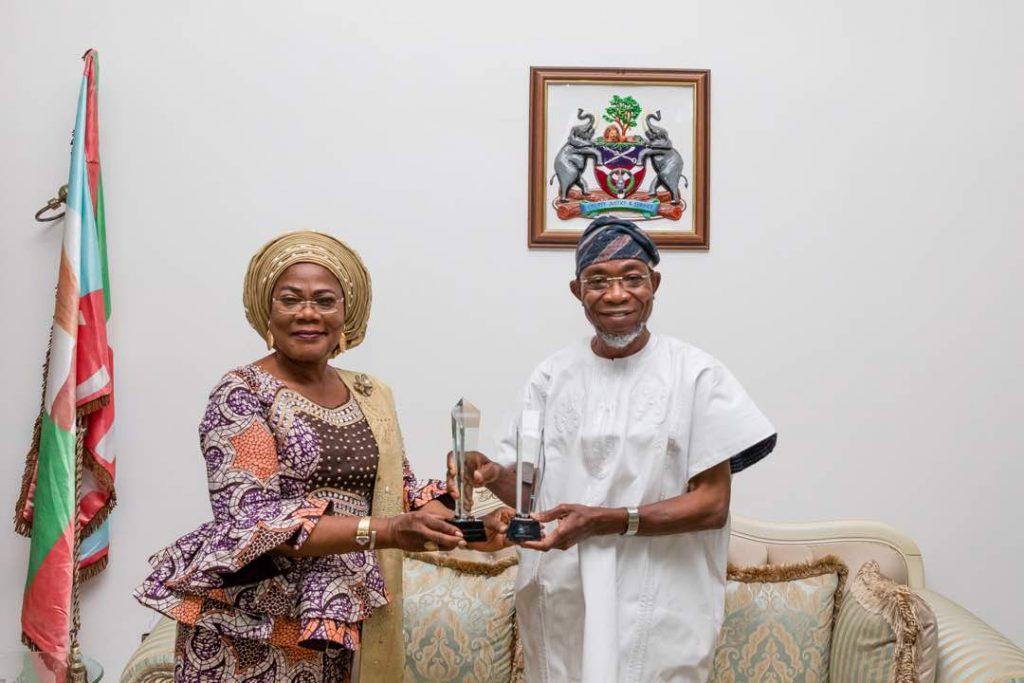 Governor Rauf Aregbesola has been awarded as the Best Performing Governor in Nigeria’s Southern region.

Aregbesola also received an Award on the Best Social Investment and Social Protection.

According to the organizers, the awards are in recognition of the new grounds the administration has broken in the State of Osun that has sent an enduring legacy that will span 50 years.

In the last seven and half years, the Aregbesola administration has invested heavily in Social Security, Rural and Urban Development with Quality Infrastructural Development Projects and a vibrant Education Sector tailored to make a New Man that will change things in the fast changing world.

“From 2010 till date, over 1,000 km of Urban Road construction projects in Osun created over 5,000 direct jobs and over 12 ,000 indirect jobs for the local welders, plumbers, bricklayers, food vendors, iron steel suppliers as over 500 new areas across the 30 local Government Areas opened up for development.”

“While in the rural areas, over 500km of roads as government ensured that no community, village, settlement or town in the state is not connected to its nearest cities. Aside the rural roads, state-of-the-art standard roads with 9 big bridges; a feat unprecedented in the annals of the state have also been put in place by the Ogbeni Aregbesola administration.”

On Social Security, The paper notes that “programmes like Agba Osun, O’MEAL, O’YES and other laudable milestones have put the state on a prosperity pedestal. When Aregbesola assumed office in 2010, the unemployment and poverty of the state dropped from 17.2% to 5.30% in 2017. The National Bureau of Statistics confirmed the development with its report of Osun as being the 2nd least poverty ridden state in the country. The financial derivates company even confirmed this in their report.”

“The Ogbeni Rauf Aregbesola’s administration through his social investments and social protection programmes has empowered at least 150,000 youths with different skill acquisition and vocational trainings in the state. Many of these youths have now established their businesses after the training and have also engaged extra hands in the management of their ventures.

“The other initiatives of the Ogbeni Rauf Aregesola’s administration have resulted in the creation of sustainable employment opportunities and enduring capacity development for the teeming population of youths in Osun. It has equally improved livelihoods for the beneficiaries who were supported to grow their businesses and incomes and have therefore created about 200,000 direct and indirect jobs for the teeming population of youth in Osun.”