Amazon won the rights to broadcast 10 National Football League Thursday night games live online this season as part of its video subscription service, the online retailer’s latest effort to boost the value of Prime membership. The e-commerce giant paid $50 million for the one-year deal, according to a person familiar with the agreement. An…”
Editor
Technology 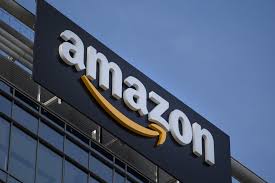 The e-commerce giant paid $50 million for the one-year deal, according to a person familiar with the agreement. An Amazon spokesman Tuesday confirmed the company gained the streaming rights to the games, but declined to comment further.

Twitter had a similar deal for the NFL’s Thursday night games last year, kicking off a strategy to expand video and boost its appeal to a broader audience. The agreement with the NFL spurred more than 40 partnerships for Twitter to live stream sports, entertainment, news and politics, the company said. But the loss of the contract shows the unpredictability of relying on annual deals to build the business. Twitter fell 0.4 percent Wednesday to $14.63 at 10:57 a.m. in New York.

“The NFL was a great partner to launch our strategy and we will continue to work with them to bring great content to our passionate sports fans,” Twitter said in a statement.

While the games will continue to be broadcast on television by CBS, NBC and the NFL Network, short-term digital agreements are part of the football league’s strategy leading up to 2021, when the traditional broadcast deals begin to expire. At that point the NFL will be looking at tech companies as possible bidders alongside networks like ESPN, CBS, NBC and Fox.

Amazon has been enhancing its streaming content by making original movies and shows to increase the value of $99-a-year Prime membership, which also includes delivery discounts and photo storage. Customers who watch shows on Amazon during promotional trials are more likely to subscribe to Prime and renew their memberships, the company has said.

Apple Unbothered By Concerns Of Addiction To Product

Which Amazon Echo Device Should You Buy?